Tinubu has won a huge battle, but the war, Atiku Abubakar versus Bola Tinubu lies ahead. 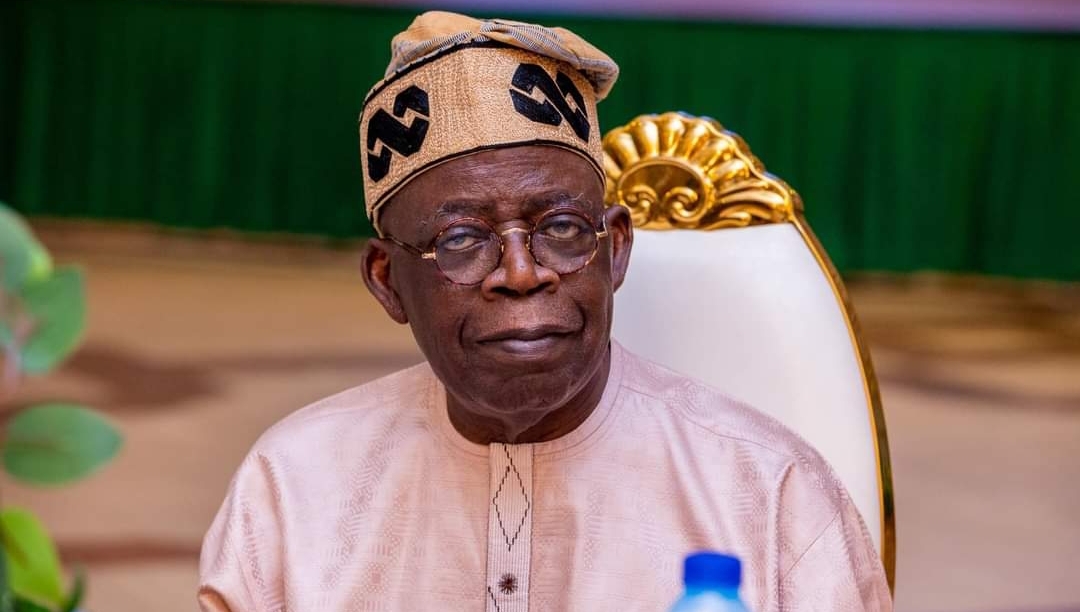 In the run-up to the finale of the APC presidential primaries held from June 7-8 in Abuja, the party’s national chairman Senator Abdullahi Adamu gave away a hidden game plan when he announced Senate President Ahmed Lawan as the party’s consensus candidate for the presidency. His action defied the literal meaning of the word “consensus” as well as the legal meaning ascribed to it in the country’s electoral act. Consensus according to the Cambridge English Dictionary means a generally accepted opinion or wide agreement and the law requires the consent of all validly nominated contestants in a primary before anything can be described as consensus.

In what conceivable way could there be said to have been a “general agreement” regarding Ahmed Lawan’s aspiration? If there’s an extreme opposite of the word consensus, it would have to be “imposition” and that was what Adamu attempted! The response to Senator Adamu’s action has been to treat him as having engaged in a “frolic of his own” which was a wise strategic response, but sensible people know that Adamu could never have embarked on such a gambit on his own. We recall that days before the convention, President Buhari on May 31 informed the governors of his desire to select his successor the same way governors had been allowed a return ricket for a second term or to pick candidates for the party where their terms had been exhausted. He referred to this as a principle of reciprocity!

Outside the realm of diplomatic relations, it was probably the first time a world leader was defining “reciprocity” in relation to domestic politics and in terms of a dictatorial desire to impose a successor on his nation! When Senator Adamu made the Ahmed Lawan announcement on June 6 a day to the convention, he probably revealed the until-then disguised desires of those who pretended to be disinterested in the outcome of the primaries.

We all should reflect on the fact that Abdullahi Adamu and whoever directed him to make that announcement wanted Lawan, a Fulani from Yobe State in North-East Nigeria to take over from Buhari, a Fulani from Katsina in North-West Nigeria? And then after that perhaps another Fulani from Kwara, Niger, Nasarawa or Plateau State in the North-Central? And if we permit and “rugarisation” or “local government autonomy” has been sufficiently institutionalized all over Southern Nigeria, perhaps others from South-West, South-South and South-East Nigeria too! Some of these people think very little of our intelligence and will go to any extent to achieve their medieval dreams of conquest and hegemony!

Fortunately in line with the pattern of detachment and dereliction that has been established in a long career of limited positive impact but continuous rewards which has now been etched in infamy as the last seven years of debt, decline and death unfolded, the “palace” couldn’t even successfully manage the outcome of their own party primaries in much the same way as they have failed at everything else-economic policy and management; ensuring security of lives and property; and making a dent in Nigeria’s chronic corruption.

Asiwaju Bola Tinubu reminded everyone in Abeokuta, the Ogun State capital on June 2, 2022 that before his political marriage with General Muhammadu Buhari in 2015, the soldier had failed three times in seeking Nigeria’s presidency; at the APC primaries, the fact became unchallengeable that Tinubu owned the strategy, machinery and operations of the political alliance with Buhari and its ability to generate positive national electoral outcomes.

In emerging as the presidential candidate of the APC in such an overwhelming manner (scoring sixty percent of the votes-1,271 out of 2,115 in a primary with more than twenty aspirants), Tinubu defied many odds not least the clear reticence of the incumbent in supporting his emergence. Ordinarily given the culture and structure of Nigeria’s dysfunctional political parties, it should be more-or-less impossible for a candidate to emerge from an intra-party process as the candidate of the party without the support of an incumbent governor or president. The exceptions have typically been anomalous and based on peculiar factors but with the benefit of hindsight, not in Tinubu’s case. His victory was completely unassailable, and the forces marshalled against him had multiple challenges of conscience, strategy, engagement, relationships and capability.

When Tinubu exploded in Abeokuta deriding Governor Dapo Abiodun as “eleyi ti o wa leyin mi” (this one who is behind me) who couldn’t otherwise conceive of being governor without his support; recalling that Buhari tried three times and failed on all three occasions (o lule leemeta!) weeping on national television in the aftermath of the third failed attempt (o tun sukun lori television!); and affirming that he in effected ceded the position of Vice-President to Professor Yemi Osinbajo due to Buhari’s and the party’s concerns (specifically blaming former Senate President Bukola Saraki!) about “Muslim-Muslim” presidential ticket, many Nigerians including this writer considered it a debacle from which it would be difficult to recover.

Nevertheless, even at the time, I recognized some redeeming value from Tinubu’s outburst. By taking up the Yoruba mantle in that speech, I suspected that Tinubu had backed the APC and the national security establishment into a situation in which they would have to support a candidate from the region, even if not Tinubu. Tinubu declared in Abeokuta, “Yoruba lokan” (It is the turn of the Yorubas for the presidency!) and then affirmed that when ceded to the Yorubas, “emi lokan” (it is my turn!) demanding “e gbe kini yi wa” (bring me this thing-the presidency). It was an epic outing worthy of a Yoruba Nollywood block buster even as it resembled ancient stories of Sango, Ogun or other Yoruba historical myths.

In my opinion at the time, I thought Osinbajo or Governor Kayode Fayemi would be the likely beneficiaries of that outburst. I suspect that while ordinary observers thought Tinubu had gone overboard with the Abeokuta remarks, it seems he resonated with politicians who could not dispute the truth of Asiwaju’s assertions and are sensitive to the concept of quid pro quos, especially when the protagonist still has a very large and inexhaustible purse! In the event, Tinubu got more than just help the South-West ensure fulfilment of a promise which had apparently been made to him and his region and got the ticket for himself.

I must commend the APC’s Northern Governors who in their enlightened self-interest towed the path of honour and integrity, and perhaps also preserved Nigeria’s unity and cohesion. There are those in the North who seek outright domination of the rest of Nigeria and who think that goal is attainable by gerrymandering or outrightly rigging censuses, constitutions, and elections or by terror, insurgency or military fiat. They may have failed this time, but they will try again. These ones believe the 2015 and 2019 elections had been successfully deployed to institutionalize Northern political domination whether the rest of us like it or not. They are mistaken. The North needs Nigeria at the very least as much as the rest of the country; or perhaps more, and I doubt that the country could afford adding Bola Tinubu, the entire South-West leadership of the party, and maybe the entire Yoruba nation to the ranks of those (like Sunday Igboho, Professor Banji Akintoye and Nnamdi Kanu!!!) who are no longer persuaded of the case for Nigeria’s continued unity.

I must also commend the political leadership of the APC in the South-West for rallying together and restoring dialogue and communication amongst the contestants and the political elite in the region. If not for that show of an attempt at unity, the outcome may have been, indeed will have been different. This column can take significant credit for helping initiate that process through my column, “South-West in Disarray” published in Peoples Gazette on May 4, 2022 and on my blog.

I will specifically single out Governor Rotimi Akeredolu of Ondo State who fortuitously serves as Chairman of the Southern Governors Forum for standing firm on the position that the candidate of the APC must be from Southern Nigeria before and after the subterranean attempt to force through the Ahmed Lawan agenda. His statement of June 6 rejecting that notion and rallying Governors both North and South demonstrated the courage and conviction of the man and helped in ensuring a just outcome. I suspect that the forces of evil which we stand against in Nigeria thought Akeredolu (and his Owo people) should be punished for his consistency and courage on the broader subjects of power shift to Southern Nigeria and related issues. That for several observers, is a plausible interpretation of the senseless act of terrorism at the St. Francis Catholic Church, Owo on Sunday June 5th 2022 in which many people were killed.

In this round, Tinubu also confronted perceptions about his state of health and some historical odds which I have written about in the past and am obliged to write about in future. While he has won a major battle, the war is yet to be won and that story may only be written on May 29, 2023 or afterwards. Meanwhile Tinubu prevailed last week by leveraging decades of relationships and human, political, institutional and financial investments in Nigerian politics. He benefitted from the understanding that perhaps the only other Nigerian politician of Tinubu’s equivalence, Alhaji Atiku Abubakar was already in the ring wearing PDP colours and awaiting his APC opponent. APC bigwigs must have examined all the aspirants with the simple question, “can this one defeat Atiku?” The size of resources available to Tinubu both to oil the primaries and contend with Atiku would have been a major positive consideration!

Tinubu has won a huge battle, but the war, Atiku Abubakar versus Bola Tinubu lies ahead. The implications of the choice Nigeria faces principally between Tinubu and Atiku and perhaps also Peter Obi and Rabiu Musa Kwankaso also require thorough examination.