Igbobi College had strong traditions and a great culture. 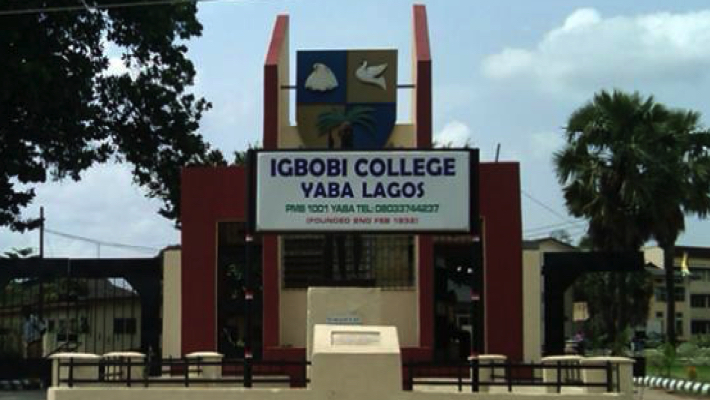 My family is an Igbobi College family. Four of us went to Igbobi College-my oldest brother Bolaji who left the school in 1979 (79/81 Set) and lives in the US; my immediate elder brother Bidemi who is of the 80/82 Set who also lives in America but is frequently in Nigeria; I left Igbobi in 1981 (81/83 Set) and my Abuja-based junior brother Bori or better known these days as Supo belongs to the 83/85 Set. Our late father, Solomon Babatunde Agbaje also attended Igbobi College and played in the school’s football team. I think he was of the 1954 graduating class. He was also a Senior Tutor at Igbobi College and we lived in staff quarters on the college campus until 1973 when he left to become Vice Principal at Oriwu College Ikorodu and later principal in other schools. So you can understand when we proudly define ourselves as an Igbobi College family!!!

It was a minor family tragedy that our youngest brother Femi could not attend Igbobi! He was still in primary school in 1979 and thereafter attendance at Lagos State-owned secondary schools was merely allocative on the basis of no other criteria except proximity. In effect people who lived in Somolu could be allocated to Igbobi College while residents around Ilupeju may be dispatched to Baptist Academy-and that could be any of the four, five or more schools created on those college campuses!!! One of the genuine tragedies of public policy especially in the field of education is that those of us who benefitted from first class missionary education could no longer send our own children to those schools .…I was still in Igbobi College in 1979 when the government of Alhaji Lateef Jakande in Lagos State decided perhaps with some good intentions, to attempt a defacto decimation not just of Igbobi, but the entire qualitative public secondary school system in Lagos-CMS Grammar School, Methodist Boys High School, Baptist Academy, St. Gregory’s College, St Finbarrs College and others were all first class boys high schools equivalent to the standards in the United Kingdom and the USA but none of them left the Jakande era in the state they were prior to his administration.

The great girls’ schools fared no better-Methodist Girls High School, Holy Child College, Raegan Memorial Baptist Girls School, Our Lady of Apostles, Lagos Anglican Girls Grammar School all suffered from the misguided educational policies of that period. The exceptional mixed school Maryland Comprehensive High School was also a victim. It seems the Catholic Schools-St Gregory’s, St Finbarrs, Holy Child and Maryland Comprehensive and others fared slightly better than the others due to the fierce resistance of the Catholic Mission under the then indefatigable leadership of Cardinal Olubunmi Okogie. The main school proprietors who suffered the inexplicable strategy to essentially “destroy quality in order to expand access” were predominantly Christian Missionary owned but the policy also affected a few prominent Muslim Mission owned schools and some others owned by private individuals. Some people believed Jakande bore resentment against elite secondary schools due allegedly to some personal experiences during his stint at Kings College Lagos, but the same policy was deployed in other then “UPN” states in Ogun, Oyo, Ondo and the former Bendel State.

Jakande, and the UPN governors generally did a lot of good-in housing, roads and other infrastructure, transportation, tertiary education, broadcasting, rural development etc. but I don’t count the attempted subversion of quality public secondary education as one of them. It was possible to create new schools and expand access to free public education to the poor and the masses without essentially destroying the good legacy secondary schools that were privately owned. The outcome was that there were no models and education quality in Lagos and other Western States has not fully recovered since then. Thanks to the government of Governor Bola Tinubu, his policy and transition advisers and his then Commissioner for Education, Professor Idowu Sobowale who implemented a policy of returning private secondary schools such as Igbobi College and the others I have mentioned in this article to their prior owners. But for that policy, there probably would not have been any Igbobi College in the sense we knew it and I most certainly would not be celebrating the schools’ 90th anniversary now! That policy gave the Methodist and Anglican Missions, who jointly founded Igbobi College and the Igbobi College Old Boys Association (ICOBA) who are in effect the greatest stakeholders in the school an opportunity to rebuild what was destroyed. And yes, glory be to God, we have rebuilt that great school.

When my classmates and I entered Igbobi in 1976, we resumed with a new principal, Mr Theophilus Akintunde Ojo (T.A Ojo) who was taking over from the long serving Chief J. O Olatunbosun. Mr Ojo was perhaps fortuitously to depart Igbobi as my set left in 1981 essentially defining him as “our” principal. It was fitting as we returned to Igbobi in 2021, our 40th anniversary of leaving the school to honour Ojo with the naming of T. A Ojo Street, the road leading to the principal’s office after him. We also, led by the current executive, completed a renovation project in the school’s Reverend Angus Memorial Hall at the same time. It was my privilege ten years after we left Igbobi College in 1991 to become the first “President” (now Chairman) of my set and to be re-elected twice such that I served three terms as leader of that class. That class set has since become one of the most formidable and vibrant sets in Igbobi with several projects that were recognized by ICOBA during our recent fundraising dinner. It was also my greatest privilege in 2019 to receive the cherished ICOBA National Merit Award for Professional Excellence.

Igbobi College had strong traditions and a great culture. We were brought up to be strong, disciplined, courageous, diligent and independent and yet serious, focused and to seek to make an impact, a positive one on society. We were also tough boys. We also enjoyed ourselves tremendously. One of the great traditions of ICY were the valiant and emotive songs we sang whenever we went to play football matches-“We are the boys of the great IC, We are the boys of the I. C. Y. Omnes unum in domino, All are one in the Lord, Our boys be of good courage, Victory lies ahead, Our boys, be of good courage, Victory shall be ours. U.P I. C UP IC”. Igbobi boys still feel very strong emotions even today when we sing this and other songs. The irony is it didn’t matter whether we won or lost those games! At Igbobi College, we inherited a deep affinity for the girls at Methodist Girls High School and it is not a co-incidence that, like many Igbobians, my wife of 30 years, Oluwatoyin nee Adeosun is an ex-MGHS girl! At Igbobi I played football and captained my class’ football team; I won a table tennis championship; I ran 800 and 1500 metres in athletics for Aggrey House during the Interhouse Games in Form 4; I won a prize in a dancing competition at MGHS; I served as class captain in our two final years in the school; and by God’s grace I went straight into Great Ife’s Law Faculty from form five. Of course, I was caned few times in school by Mr Ojo, Chief Zachaeus and other teachers. Strangely I still cannot believe I got away with winking at a pretty, young teacher whose name I will not mention, without any punishment!

Igbobi College has been lucky with its alumni, or perhaps it is not luck but great input plus excellent preparation and diligence-Late Chief Justice Teslim Elias, Professor Adeboye Babalola, Professor Oritsejolomi Thomas, Professor J. F Ade-Ajayi, the Ibru brothers, Professor Kwaku Adadevoh, Justice Adefarasin, Admiral Aduwo…at one time during the Babangida era, members of the federal cabinet-Chief Olu Falae and Professor Bolaji Akinyemi were old Igbobians in addition to many commissioners across many of the states. The list of old Igbobian Vice Chancellors and Professors, Judges, senior lawyers and other professionals, bankers like Otunba Subomi Balogun and Mr Tunde Dabiri, businessmen and corporate lawyers like Chief Chris Ogunbanjo etc. is long and sparkling. Today, Vice President Yemi Osinbajo, Speaker of the House of Representatives, Femi Gbajabiamila and former Lagos State Governor Babatunde Fashola SAN are all old Igbobians.

It was with great disillusionment that we experienced the influx in 1979 of boys into Igbobi who did not take any entrance examinations and in many cases who couldn’t speak English! I can never forget as my classmates and I called one boy and asked him a few questions, in English of course. His response was heartbreaking and I could never forget-“mi o gbo oyinbo ni Sir!!!” The poor boy didn’t understand English not to talk of speak it. Thank God the missions and the old boys of Igbobi had a second chance to rebuild Igbobi. The lesson for society is that we should never take our legacies for granted and must courageously protect our socio-economic legacies and institutions. There is nothing that cannot be destroyed! Igbobi boys are up to the task, and we are assured that in ten years, in 2032 when we celebrate Igbobi College’s centennial anniversary, it will be the pre-eminent boys’ school in Africa. Maybe then we can send our grandchildren and great-grandchildren to ICY!

It is appropriate that I close this tribute to the great Igbobi College on its 90th Anniversary on February 2, 2022 with the words of the first stanza of our school song and the refrain…

“Teach me thy best, that all the world may know,

What it is, to have come from thee.

Teach me that I, into the world may go,

Struggling ever for thy fame Igbobi.

Give me a torch which shall shine

And pour on all afar and near its radiance divine,

There also is a noble Nigerian

Opeyemi Agbaje is the CEO of RTC Advisory and former Head of Department, Lagos Business School, Department of Strategy, Entrepreneurship, Social and Political Environment of Business and Business Law.