Senator Kalu applauded the traditional ruler for being respected across Nigeria for his exemplary leadership qualities. 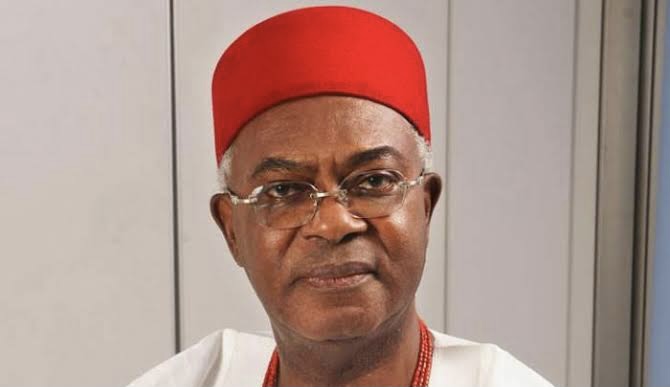 Chief Whip of the Senate, Orji Kalu, has described the Obi of Onitsha, Igwe Nnaemeka Achebe, as an outstanding elder statesman and uncommon ruler with passion for the growth and progress of Anambra and Nigeria.

Mr Kalu, in a congratulatory message issued on Saturday in Abuja, extolled the virtues of the traditional ruler as he celebrates his 81st birthday anniversary.

He applauded Mr Achebe’s contributions to nation building through various platforms, adding that the traditional ruler is well respected across the country for his exemplary leadership qualities.

He said, “I felicitate with the government and people of Anambra State on the occasion of the 81st birthday anniversary of the Obi of Onitsha, Igwe Nnaemeka Alfred Achebe.

“His giant strides as a boardroom guru, traditional ruler, statesman and philanthropist are remarkable, enormous and worthy of emulation.

“The revered monarch is indeed a source of inspiration for his contemporaries and the younger generation.

“People at the helm of affairs will continue to tap from the expertise of the monarch in all facets of life.

“The revered traditional ruler deserves to be celebrated for his contributions to the social, economic and political development of Nigeria,” Mr Kalu stated, wishing the monarch longer life in the service of humanity.