This means Osoala has surpassed compatriot Perpetua Nkwocha in the women’s category and Cameroonian Samuel Eto’o in the men’s category., who won the awards four times each. 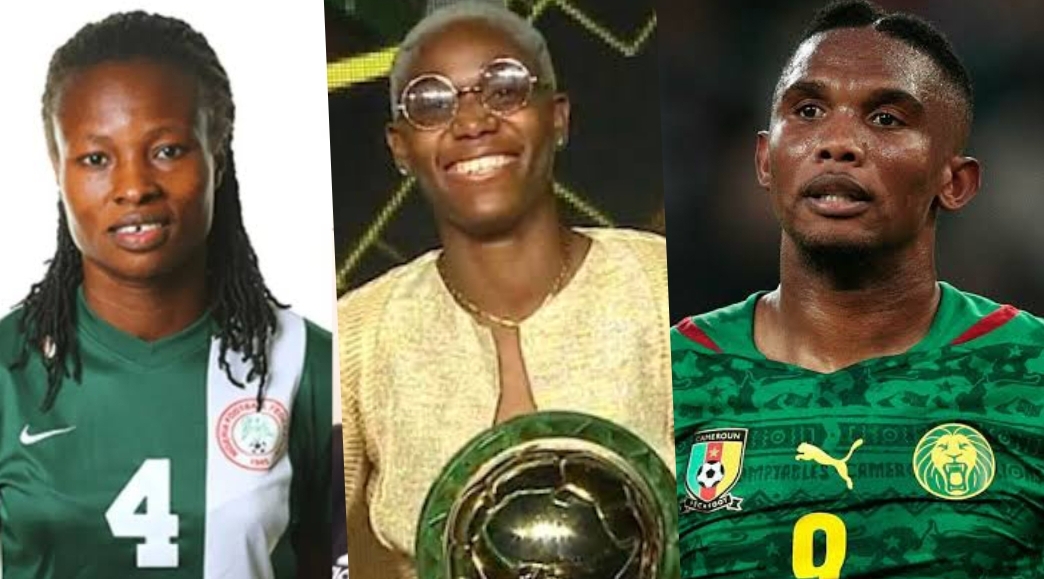 Nigeria’s Asisat Oshoala has become the first player to win the ‘African Woman Player of the Year’ at the Confederation of African Football (CAF) Awards five times.

Oshoala warded off competition from Cameroonian Ajara Nchout Njoya and Zambia’s Grace Chanda to clinch her fifth title at the CAF Awards ceremony in Rabat, Morocco on Thursday.

This means Osoala has surpassed compatriot Perpetua Nkwocha in the women’s category and Cameroonian Samuel Eto’o in the men’s category., who won the awards four times each.

An emotional Oshoala said it was a historic night for her as she dedicated the award to Nigeria’s women national team, the Super Falcons.

“It’s a historic night for me and I want to thank everyone who has helped me in my career. The 2021/2022 season was really tough for me as an individual. This year made me realise that if you don’t fall, you don’t know the power of comeback,” the player said.

She added, “Thanks to my teammates at Barcelona FC and my national team, the Super Falcons, for showing Africa how resilient you can be during the semi-finals against Morocco on Monday. I dedicate this award to the Super Falcons.”

Meanwhile Senegal’s Sadio Mane has won the CAF’s ‘Male Player of the Year’ award for the second time.

Oshoala was ruled out of the ongoing Women’s Africa Cup of Nations (WAFCON) in Morocco due to an injury during Nigeria’s first game against South Africa.

Following the team’s loss to Morocco on penalty shootout in the semi-final, the Super Falcons will now face Zambia in the third-place match on Friday.