This has raised fresh stir about the First Family’s recklessness with state funds at a time the nation faces its worst economic crunch. 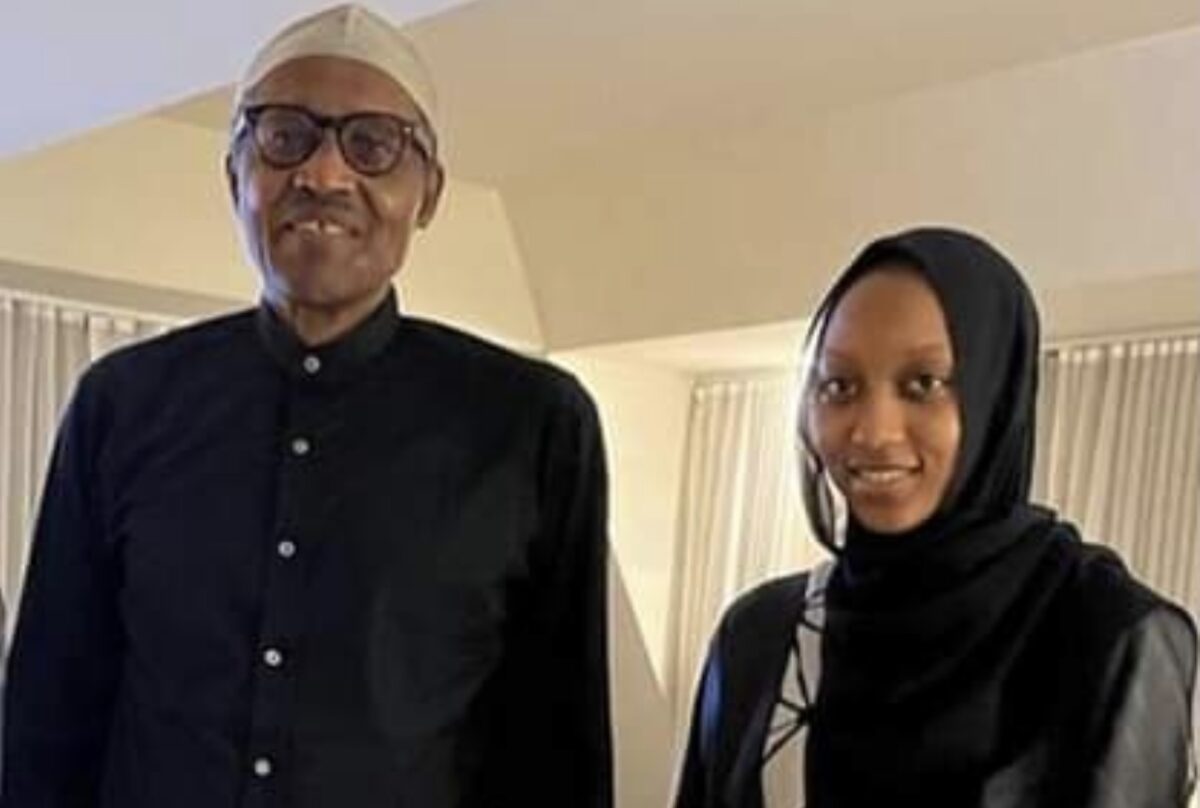 President Muhammadu Buhari’s daughter in-law, Zahra, is among the over-bloated Nigerian delegation to the 77th session of the United Nations General Assembly.

Wife of the president, Aisha Buhari, announced her daughter in-law’s presence at the New York diplomatic meet in a Facebook post on Wednesday.

“Mrs Zahra B. Buhari Part of My delegation at the ongoing #UNGA,” the first lady wrote.

This has raised fresh stir about the First Family’s recklessness with state funds at a time the nation faces its worst economic crunch in years.

Zahra Buhari, married to Yusuf, President Buhari’s only son, is not a government official and indeed has just days ago graduated from a UK university.

The announcement of her graduation from a UK university by the president’s wife had earlier attracted flak. Critics berated Mrs Buhari for celebrating her children’s academic prowess while abandoning thousands of Nigerian public university students stranded at home for over seven months as lecturers remained on strike.

Reacting to the post, a citizen Ismail Mantu, wrote: “the first family are acting insensitive to the plight of the common man. We took pity of your desperate husband and ride him on our shoulders to Aso Rock against overwhelming odds.

“Here is the President having no iota of remorse towards the pains of we the commoners. Negotiating with terrorist groups  and using court orders to force universities lecturers to work in a poor paying condition. Shame on you!”

Another citizen, Adnan Muktar Tudunwada, said “your delegation to UNGA which without our votes, you couldn’t have such a privilege. Power is transient, you shall one day be out of power like Patience, Turai Yar’Adua and co. Aisha should learn some lessons.”

Two years ago, one of Mr Buhari’s daughters, Hanan, flew a presidential aircraft for her personal business in Bauchi, a development which was highly condemned by the Nigerian public.