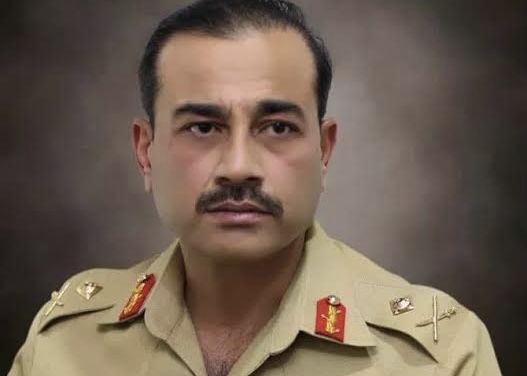 Pakistan’s prime minister on Thursday appointed a new chief for the nation’s powerful army amid the political crisis that has worsened the country’s ailing economy, devastated by this year’s historic floods.

Mr Munir, who was removed as spy chief prematurely and unceremoniously by ousted Prime Minister Imran Khan, was chosen by the country’s cabinet, a statement by the prime minister’s office said.

Prime Minister Shehbaz Sharif, who replaced Mr Khan after his ouster through a no-confidence vote in April, picked Mr Munir out of the top six generals eligible to become the army chief.

The army chief wields unprecedented powers in Pakistan, a country ruled by generals for decades directly; They controlled the diplomacy, politics, and economy indirectly, even when civilian rulers were in power.

The move came as Mr Khan announced that he would resume his march on the capital Islamabad, weeks after being shot in the leg at a political rally aimed at forcing the government to call fresh elections.

Mr Khan had proposed that the current army chief should continue until the new government came into power after the fresh election.

It was believed Mr Khan would not accept the appointment and continue his march in a move likely to deepen the country’s economic crisis.

Pakistan’s economy is faced with dual crises of a current account deficit and fiscal imbalance and has been bailed out by the International Monetary Fund (IMF).

The crises were worsened by historic floods this year that killed more than 2,000 people and inflicted estimated losses of $30 billion.