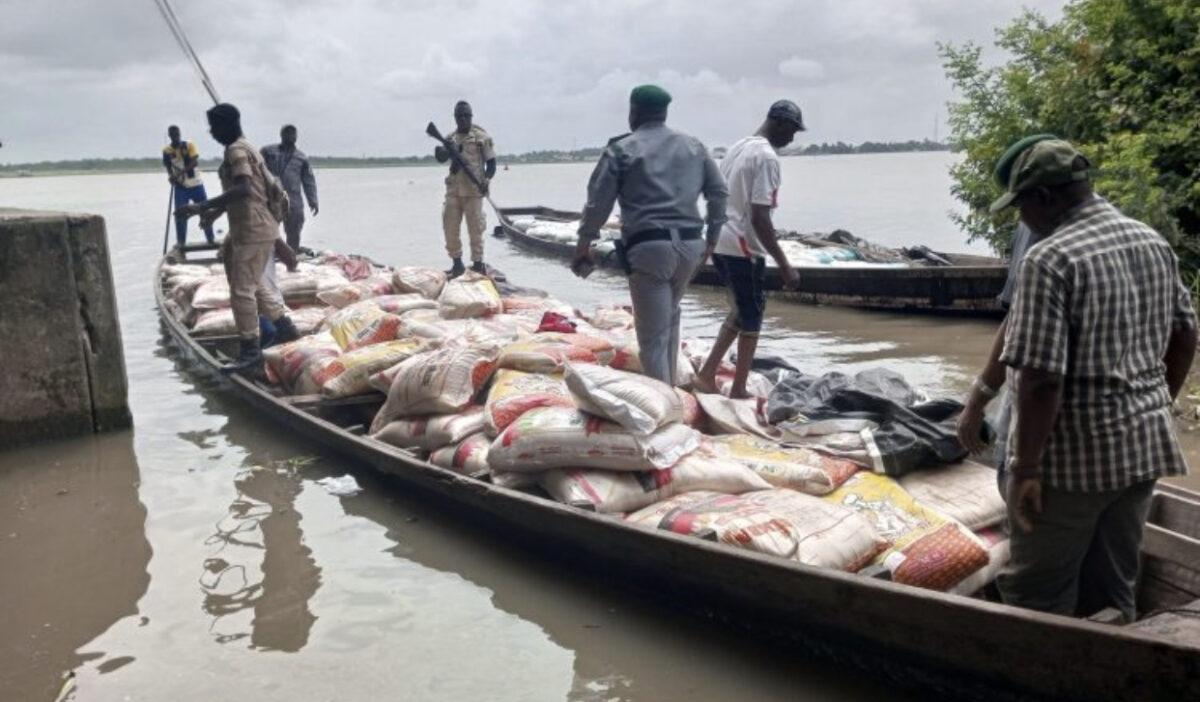 The JBPT comprises officers of the police, army, immigration, customs and SSS, coordinated by the Office of the National Security Adviser.

Nurudeen Hassan, the Controller, JBPT, Zone 2, confirmed this during a press briefing at Gbaji checkpoint along Seme Expressway on Saturday.

According to Mr Hassan, the operation took place at about 4:10 a.m. at Gbaji, Badagry, by the JBPT operating in the axis.

“On Sept. 10, at about 4:10 a.m. at Gbaji waterways in Badagry, Lagos, the JBPT led by CSC Dinya Sabo, acted on credible intelligence provided by the service.

“The JBPT intercepted two wooden boats loaded with 415 bags of foreign parboiled rice suspected to be snuggled into the country from Benin Republic,” he said.

Mr Hassan said the intercepted rice would be taken to the government warehouse at Seme.

He commended the officers of the team for carrying out the successful operation, urging the smugglers to desist from sabotaging the economy by smuggling contrabands into the country.

Speaking on the mode of operations, Mr Sabo said his team got information from informants at the point of take off in Benin Republic.

“We intercepted them in the middle of the river and arrested the boatman and others but when we got to Gbaji under bridge, they jumped inside the river and escaped,” he said.

The 415 bags of rice were taken to the Customs warehouse in Seme where seized items are kept.