In those 100 games spanning two and a half seasons, the striker scored 62 goals, made eight assists, won the golden boot award, and was named the Belgian player of the year in 2021. 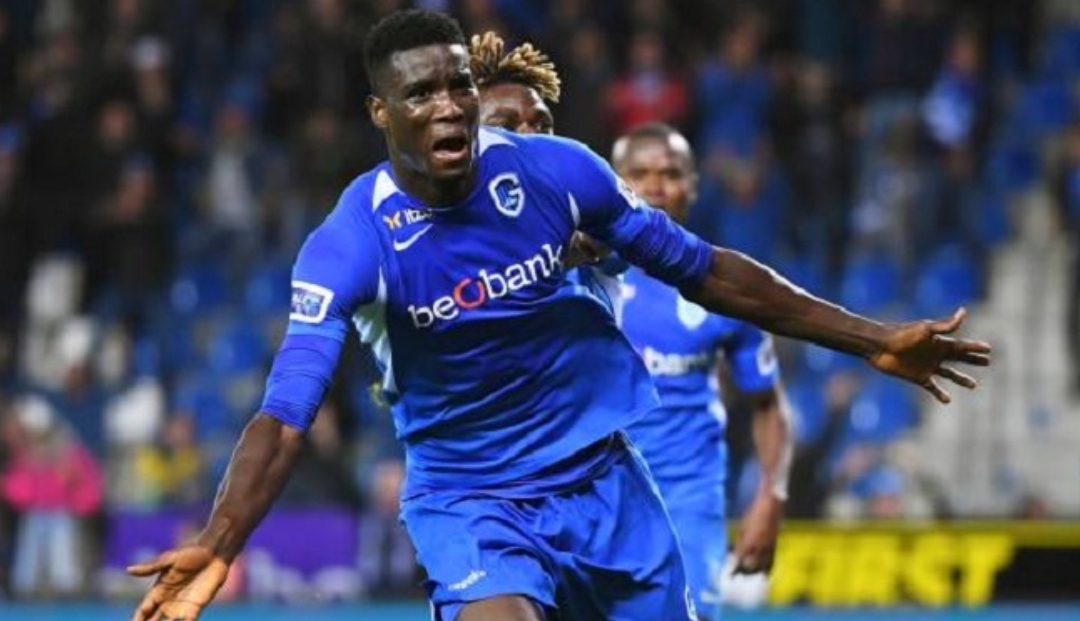 Super Eagles striker Paul Onuachu scored on Wednesday evening to seal a 4-1 win for Genk at home to Mechelen on his 100th appearance in the Belgian Jupiler League.

Onuachu’s goal came just a few days after helping Genk to a 2-0 victory against Standard Liege.

Onuachu found the net against Mechelen in the 88th minute to record his 15th goal of the ongoing campaign before being replaced by Aziz Ouattarra.

He is the third-highest goalscorer in the league, and on the occasion of his 100th appearance, the striker received a special commemorative jersey number ‘100’.

In those 100 games spanning two and a half seasons, the striker scored 62 goals, made eight assists, won the golden boot award, and was named the Belgian player of the year in 2021.

He would be hoping to increase his goal tally when he and his teammates visit Anderlecht on Sunday.