The police command in Enugu says ‘Operation Restore Peace’ operatives have arrested 10 people amid the security crisis in the South-East. 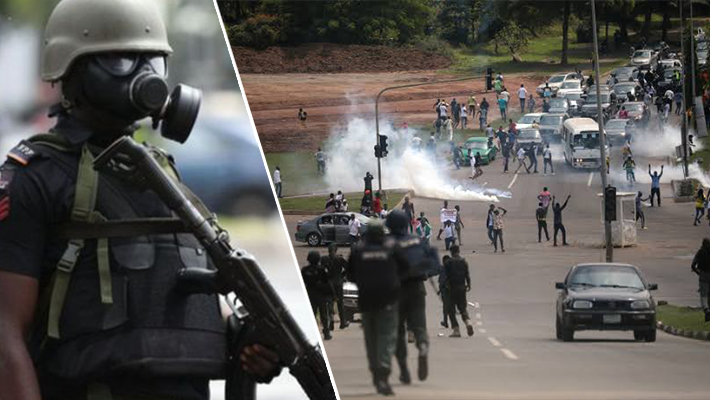 The police command in Enugu says ‘Operation Restore Peace’ operatives have arrested 10 people amid the security crisis in the South-East.

According to the police, the suspects were arrested for kidnapping, armed robbery, unlawful possession of firearm and fighting in the state.

The police disclosed this in a statement on Thursday.

The police spokesman in Enugu Daniel Ndukwe, said, “On May 28 at about 7:00 a.m., operatives attached to Nimbo Police Division in synergy with Neighbourhood Watch Group, arrested Nnamdi Okweli, 26; Victor Nwakor, 23 and Chisom Nwankpa, 22, for suspected kidnapping, while others escaped.

“Their arrest is sequel to the receipt of reports alleging that the trio and others at large are responsible for the kidnapping of farmers in the area. The suspects confessed to the crime, while a discreet investigation is ongoing.’’

The police spokesman said on May 26, at about 7:30 a.m., officers attached to the Ogui police division arrested Daniel Okoro, 21, and Nzekwe Michael, 24, while others escaped.

He added that the duo and others at large, operating in a yellow Daihatsu Hijet commercial minibus with registration number ELU 366 XJ, were alleged to have robbed their victims of N200,000 at gunpoint on May 25.

Mr Ndukwe explained that the suspects confessed to the crime while the minibus was recovered, adding that a manhunt was launched to apprehend the fleeing members of the criminal gang.

“In another development, acting on a distress call, operatives attached to Udenu Area Command in synergy with Neighbourhood Watch Group on May 26 at 4:30 a.m., rescued and arrested two suspects from an angry mob in Eha-Alumona community in Nsukka local government area.

“One locally-made chief revolver pistol with four rounds of .9mm calibre of live ammunition was recovered from the suspects.

“Their rescue and arrest is sequel to a report alleging that the duo and gang members at large robbed their victim on May 15 at 1:00 a.m. in Amundi village of the same community,’’ he said.

In another development, police operatives attached to Enugu Area command and law-abiding citizens, on May 23 by 9:00 p.m., arrested Abdul Ayuba, 20 and Sati Sampson, 25, both of New Artisan Market, Enugu, with a locally-made pistol and one expended cartridge found on one of the suspects.