The police said almost all the suspects were from the same local government, possibly informing why they wickedly murdered the nonagenarian. 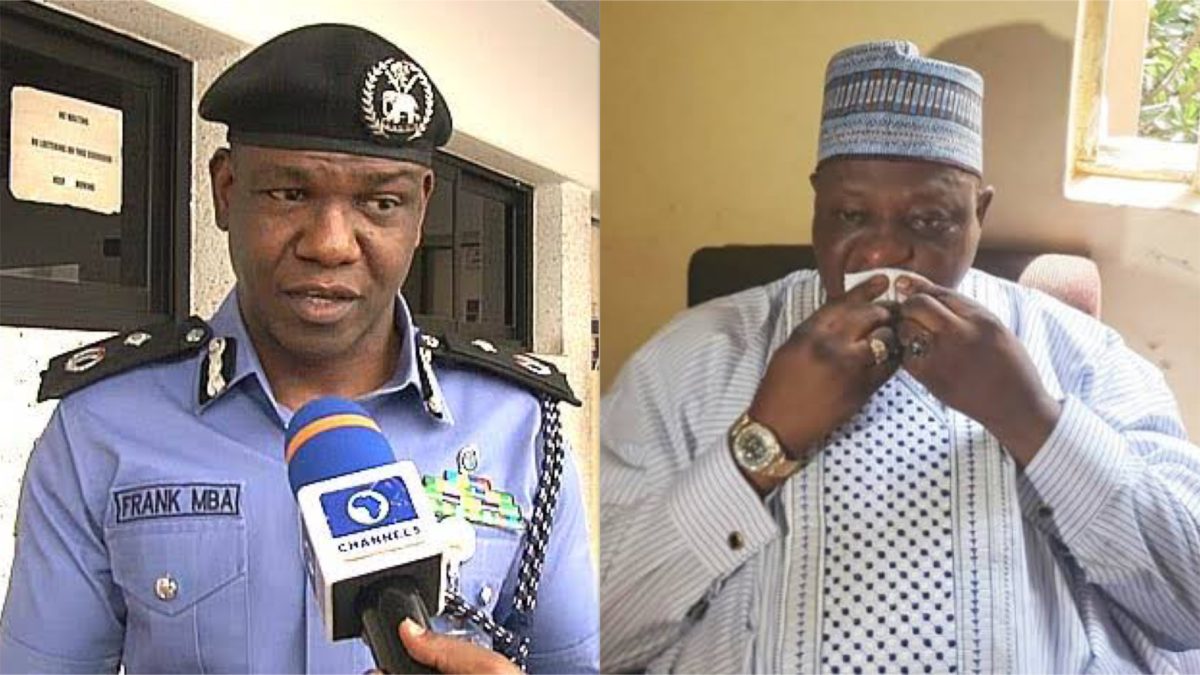 The police on Wednesday said they have arrested eight suspects over the kidnap and murder of 93-year-old Defwan Dariye, father of  former Governor of Plateau, Joshua Dariye.

Police Spokesman Frank Mba, disclosed this during a media briefing in Abuja.

He said the nonagenarian was kidnapped by the suspects and held incommunicado for eight days in a very unhygienic condition.

According to him, after a protracted negotiation, a ransom of N10 million was paid to the kidnappers and rather than setting him free, he was murdered.

Mr Mba said the incident happened in June 2020, adding that after recovering the victim’s body, detectives from the Intelligence Response Unit and other police investigators swung into action to uncover the perpetrators

“Within the last 30 days, the police were able to make tremendous progress that led to the arrest of the eight key suspects that played major roles in the kidnap and murder of the ex-governor’s father.

“All the suspects, except very few of them, were from the same village in Bokkos Local Government Area with the murdered victim.

“This perhaps explains why they took the very wicked and costly decision of murdering the old man,” he said.

He said the crime was initiated by the eldest suspect, who identified the victim, recruited men that executed the operations and handled the distribution of the ransom.

Mr Mba said three suspects were also arrested on August 28 in a border community between Nasarawa and Taraba after months of intensive monitoring.

He said the suspects were arrested over unlawful procurement, distribution and selling of weapons to end-users who were largely criminals, kidnappers, bandits, terrorists and armed robbers.

According to him, the suspects were arrested after operatives of the Intelligence Response Team mounted a sting operation that was intelligence driven and clinically executed.

Mr Mba said a total of 26 AK47 magazines, one AK49 rifle and its magazines, as well as 14 live ammunition for AK47 rifle, were recovered from the suspects.

He said the suspects would be charged to court upon the conclusion of investigation.