Nigeria Security and Civil Defence Corps (NSCDC) have arrested a syndicate for dealing in illegal oil bunkering in Ondo. 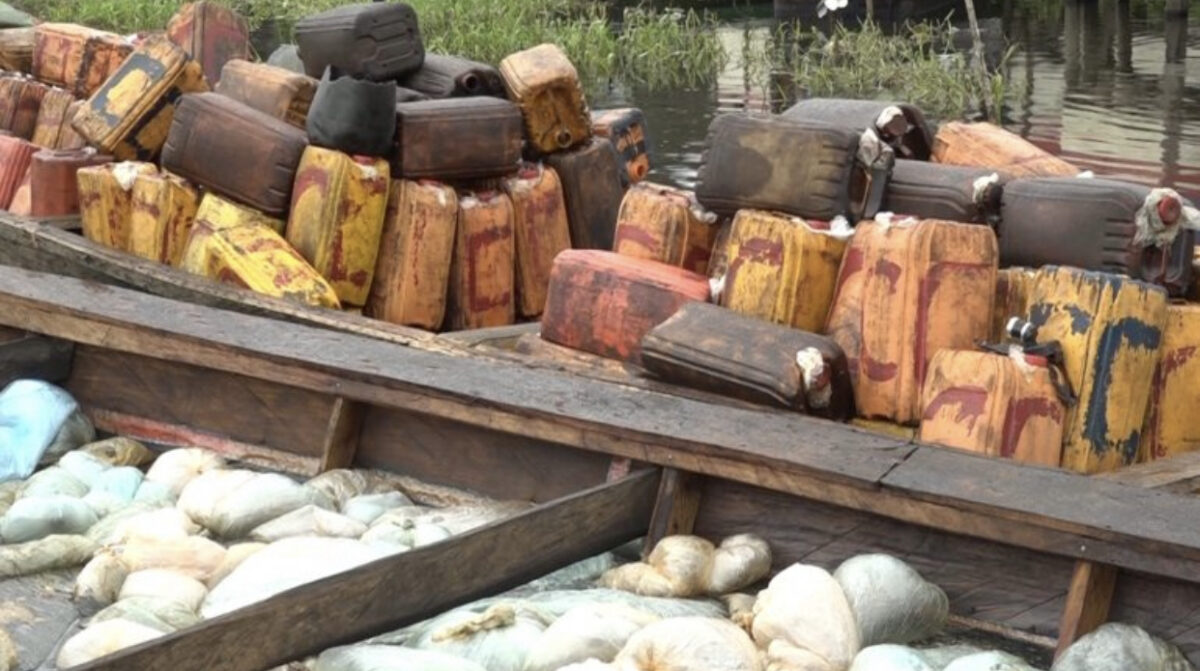 Nigeria Security and Civil Defence Corps (NSCDC) have arrested a syndicate for dealing in illegal oil bunkering in Ondo.

Among the suspects were two minors and a pregnant woman, accused of illegal bunkering of petroleum products at the waterway in Iju-Osun, Irele Local Government Area of the state.

Mr Abodunrin added that the suspects failed to disclose where they got the products from.

“One of them is a heavily pregnant woman, and two are minors, so we decided not to take them into custody because of their conditions,” the commandant explained.

Mr Abodunrin also noted that the product seized from the suspects was concealed inside drums, polythene bags, and kegs loaded in five different wooden boats.

“We have taken their statements. Whenever we need them, we will pick them up, and we are going to conduct an investigation immediately and take them to court as soon as we conclude our investigation,” he stated.

According to him, the arrest of the suspects was in response to the directive of NSCDC commandant-general, Ahmed Abubakar Audi, to re-organise the Corps’ anti-vandalism unit and strengthen its operations.

While warning criminal-minded elements to stay off Ondo, Mr Abodunrin said the NSCDC was fully determined to go after economic saboteurs milking the government illegally.

“It is a renewed fight against oil theft, against economic sabotage and a renewed fight to ensure that citizens can be sure of what their country can give them,” he added.