The federal government has warned Nigerians not to see the proposed N200 million by the mines ministry for small-scale miners as a piece of “national cake.” 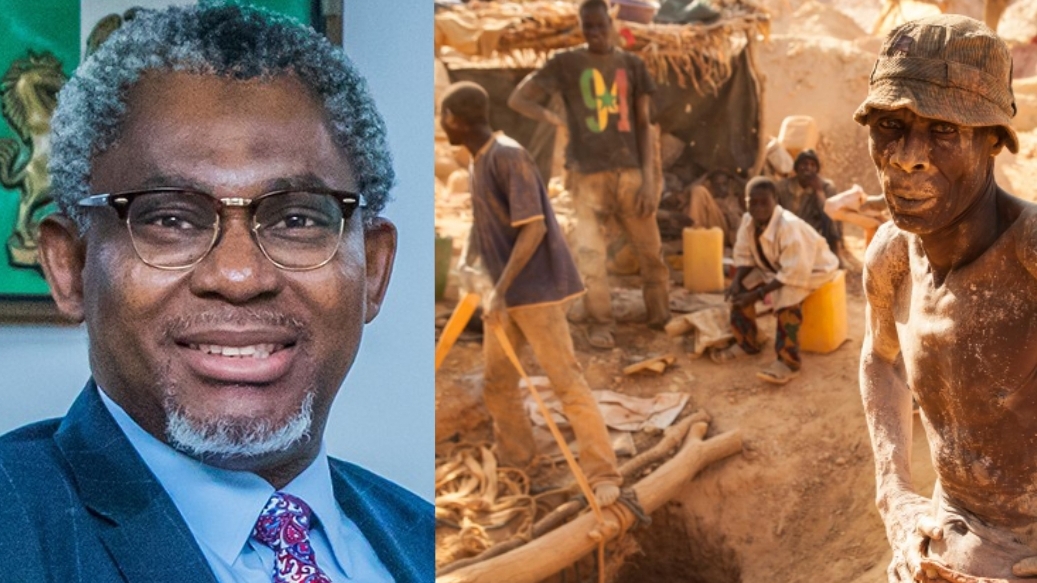 The federal government has warned Nigerians not to see the proposed N200 million by the Ministry of Mines and Steel Development for small-scale miners as a piece of “national cake.”

Mines and steel minister Olamilekan Adegbite stated this when he appeared on NAN Forum on Tuesday in Abuja.

Mr Adegbite noted that the over N3.2 billion mining intervention fund domiciled with the Bank of Industry was an intervention by the federal government to boost mining activities.

Mr Adegbite admitted that the government “excluded” small-scale miners “by saying that the minimum you can borrow is N10 million.”

According to him, some miners could not access the fund because of the stringent conditions, but with the N200 million sub-fund, it could give a maximum of N2 million to individuals and a minimum of N200,000.

He, however, pointed out that the only condition attached was to get a guarantor on grade level 14 in the federal civil service or its equivalent in the services.

The minister explained, “This is to allow all those lower-end people to benefit from this new scheme that I designed when I realised what was going on, and it is catching on. A lot of these lower people who need small money are already approaching the bank for that.”

“It is not your share of the national cake. It is something to help you. It is the cheapest fund in Nigeria today at five per cent,” he warned. “So, if it works out, yes, we can expand that and maybe make more money available, up to half a billion, but we need to be careful.

“The average Nigerian thinks that this is my share of the national cake, so when they go to borrow such funds, they do not want to pay back.”

He explained that the initial fund was N2.5 billion, but it had accrued interest in the bank, and N200 million out of the interest was disbursed as a loan to small-scale and artisanal miners.

“What we now realised was that there were a lot of small others, artisanal miners, small scale miners, who do not even need up to N10 million, which was the minimum. So, they were excluded because you say minimum N10 million, maximum N100 million, and you know the way banking is, if you want to take N10 million from a bank, the collateral is times two minimum,” explained the minister.

He added, “But there are some artisanal miners there that all they want to enhance their activity is to buy a water pump, so that they have water to wash their oars, so they can bring out what they need a bump of N500,000, that is all they need someone to buy for them.”