Palestinian media reported that the family’s father had threatened to set himself and the house on fire. 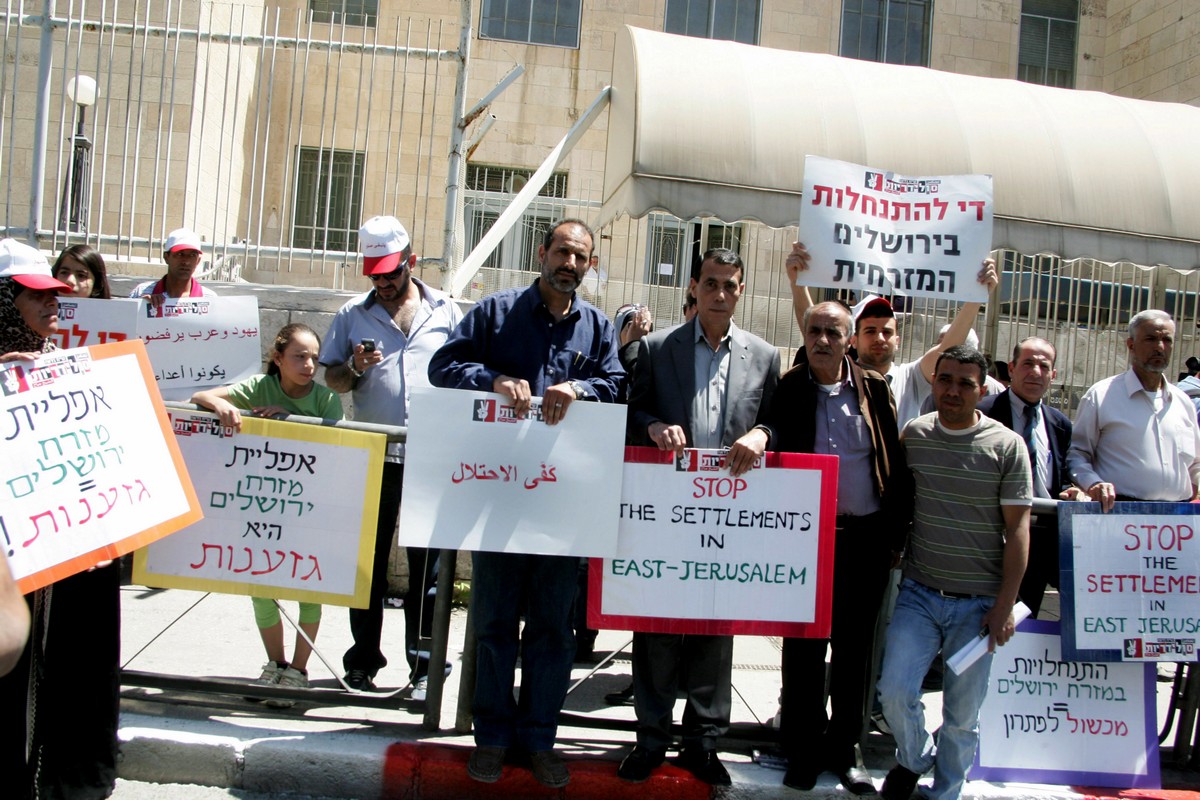 Protest in East Jerusalem used to illustrate the story

Protests erupted in the Sheikh Jarrad neighbourhood of East Jerusalem on Monday as Israeli authorities moved to evict a Palestinian family from their home, Israeli police reported.

Police said a group of young people had barricaded themselves inside the house with flammable material and a gas bottle as mediators sought to calm the situation.

Palestinian media reported that the family’s father had threatened to set himself and the house alight.

Disputes over the homes of seven Palestinian families led last year to conflict in the neighbourhood, where Jewish groups have staked claims to ownership. The case is currently before Israel’s Supreme Court.

According to the police, Israel aims to erect a school for children with special needs on the site of the house, in accordance with a zoning decision taken in 2017.

Around a year ago, the Jerusalem district court informed the family that they had to leave their home, noting that there had been a string of attempts to resolve the conflict amicably.

Hamas, the Islamist group that rules the Gaza Strip, cited the conflict as the cause for large-scale rocket attacks on Israel in May last year, followed by armed conflict between the two sides lasting 11 days.

At the end of 2016, the UN Security Council called for a complete halt to settlements in the occupied territories as well as in East Jerusalem, which has been annexed by Israel.

Israel seized the West Bank and East Jerusalem in the Six-Day War in 1967.

More than 600,000 Jewish settlers now live in these areas, which the Palestinians claim as territory for their own independent state with its capital in East Jerusalem.