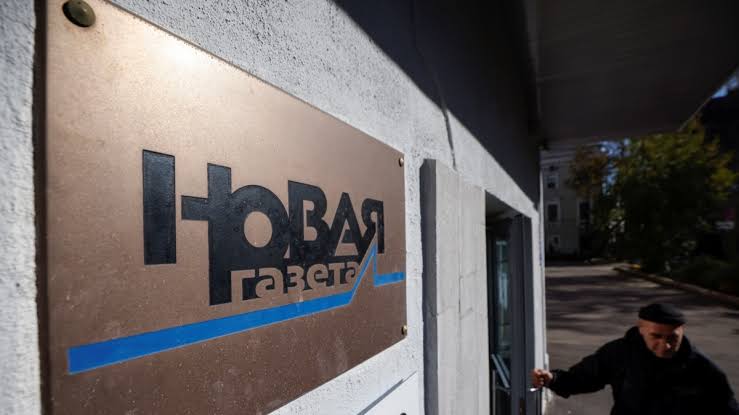 Russia shut down the website of the magazine Novaya Gazeta a week after its launch.

State media watchdog Roskomnadzor blocked the site on July 24 at the request of the Prosecutor-General’s Office.

Last week, the Novaya Rasskaz-Gazeta began publishing and was produced by the staff of newspaper arm Novaya Gazeta, which shut down operations in March after Russia clamped down on media’s coverage of its onslaught in Ukraine.

Russia has employed new laws, allowing the authorities to “combat false information” or label outlets as “foreign agents.” For example, the mere use of the word “war,” in place of “special military operation,” can result in 15 years of imprisonment for the “guilty.”

In March, Roskomnadzor clamped down on social media platform Instagram in response to Facebook “temporarily” altering its restrictions to allow for calls for violence against Russian soldiers and President Vladimir Putin. Peoples Gazette had reported Russia’s initial ban on Facebook, citing restrictions of access to Russian media on the platform.

By the end of June, Politico noted that about 166 independent media outlets, journalists and bloggers had been declared foreign agents or suspended.