The outcome of the match played at the Al Bayt Stadium means African representatives at the mundial are yet to record a win since hostilities began on Sunday. 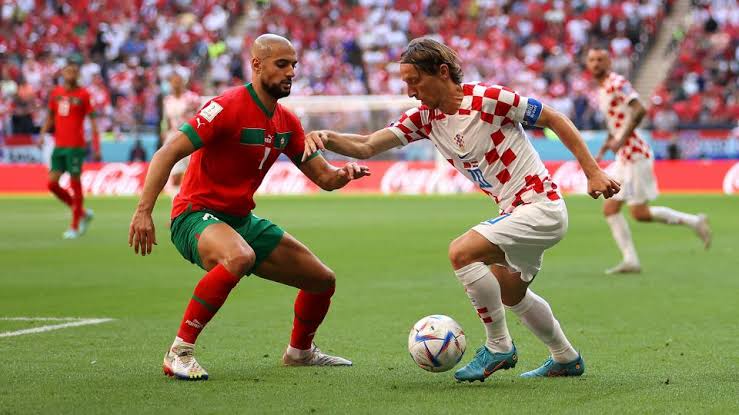 Morocco played out a goalless draw in their Group F opener against Croatia at the ongoing Qatar 2022 FIFA World Cup Wednesday afternoon.

The outcome of the match played at the Al Bayt Stadium means African representatives at the mundial are yet to record a win since hostilities began on Sunday.

Two out of five countries representing the continent at the World Cup in Qatar have so far played their opening matches with Senegal losing 2-0 to Netherlands on Monday while Tunisia held Denmark to a goalless draw on Tuesday.

The two remaining African representatives Cameroon and Ghana will begin their World Cup campaign against Switzerland and Portugal respectively tomorrow.

Morocco and Croatia Both had several chances to find the bank of the net in the first 45 minutes of the game but were not clinical in front of goal. The Atlas Lions were provided with a great chance barely sixteen minutes into the encounter but En-Nesyri missed a chance to put Hakim Ziyech’s cross into the net.

Just before the halftime whistle, Croatia came close twice within two minutes. First, was Vlasic one-on-one in the six-yard box but Morocco’s goalkeeper Yassine Bounou saved the effort with a last-gasp leg before Luka Modrić fired an open effort from outside over the post.

The Croatians have their goalkeeper Dominik Livaković to thank for his two crucial saves inside the opening twenty minutes of the second half.

Sofiane Boufal saw his long-range shot blocked by a Croatia defender. With play carrying on, the ball found Mazraoui’s head near the post but he was denied by Livaković.

Livaković was again called to action when Ziyech rolled a free-kick to Ashraf Hakimi and he fired a long-range shot through the middle of the wall but the Croatian goalkeeper parried the ball to safety.

Cheers from Moroccan supporters from the stands became louder in order to put pressure on their opposition as play carried on.

Towards the end of the full time whistle, Croatia launched last minute attempts to finally break the Morocco defence but the North Africans held on to the end to salvage an important point against the 2018 FIFA World Cup finalists.