The videos geolocated by Peoples Gazette showed that the church along Aliyu Jodi Road was the same building claimed to have been burnt by rampaging thugs. 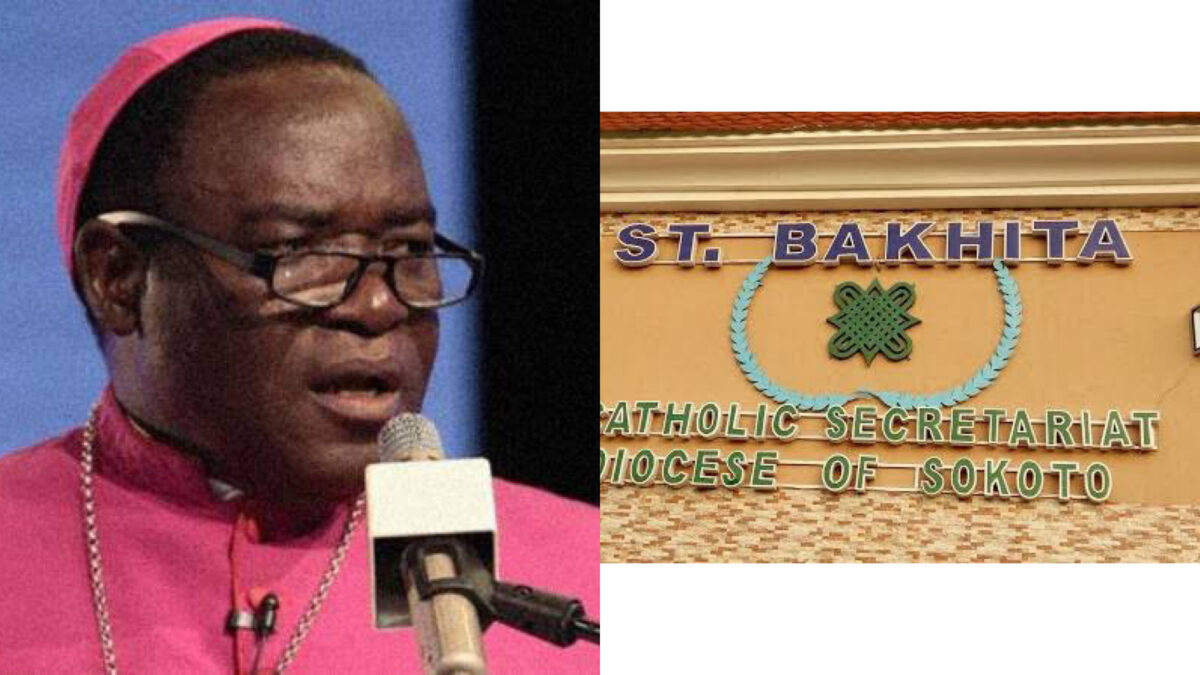 Rampaging thugs have destroyed the Sokoto Diocese of the Catholic Church headed by Bishop Matthew Kukah.

St Bakhita, which serves as the secretariat of the diocese, was set alight amid demonstrations for the release of Deborah Samuel’s murder suspects, according to pictures and videos shared online.

The videos geolocated by Peoples Gazette showed that the church along Aliyu Jodi Road was the same building claimed to have been burnt by rampaging thugs.

It was unclear if the church was targeted for arson because of Mr Kukah’s statement condemning Ms Samuel’s gruesome murder or if it was a random hit by the thugs.

When contacted by The Gazette, Mr Kukah said he was on his way out of Sokoto. The windy background on the bishop’s end of the call confirmed he was indeed on the move.

The church later issued a statement confirming that the St Bakhita premises came under attack and a vehicle was set on fire there. Other Catholic parishes were also attacked in the metropolis, the church said.

The Gazette could not independently verify if the respected religious leader was being smuggled out of the state for his safety at the time of filing this report.
A spokesman for the police in Sokoto did not immediately comment on the destruction of St Bakhita. The police fired teargas to disperse protesters from breaking into the church earlier in the day, but the attackers regrouped after the police vans left the neighbourhood, witnesses said.

Meanwhile, Governor Aminu Tambuwal has imposed a curfew over Sokoto to curb further spread of violence amid a mob rampage for the release of Ms Samuel’s murder suspects.