Minister of the Environment, Mohammed Abubakar, says wildlife park rangers are battling terrorists, kidnappers, cattle rustlers and bandits in their line of duty. 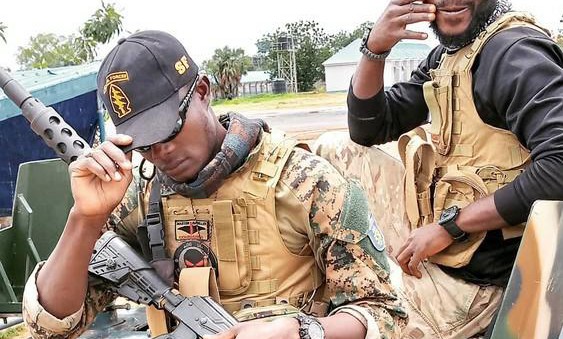 Minister of the Environment, Mohammed Abubakar, says wildlife park rangers are battling terrorists, kidnappers, cattle rustlers and bandits in their line of duty.

Mr Abubakar spoke in Abuja on Monday during the candlelight memorial in honour of fallen heroes of the National Park Service (NPS) to mark World Rangers Day (WRD).

He stated that park rangers’ service had taken a dangerous dimension.

Mr Abubakar explained that the ministry was taking measures to overcome the predicament faced by the NPS, especially the challenges affecting rangers.

The minister noted that the government was fully aware of the numerous challenges.

“I am pleased to inform you that the government is abreast of these arduous challenges that are debilitating the National Park Service,” he added.

Mr Abubakar praised the NPS for protecting, preserving and conserving the nation’s natural resources, noting, “I want to express my sincere sympathy to the National Park Service and the families of the departed heroes. The memories of the fallen heroes will continue to live in us.’’

Ibrahim Goni, the Conservator-General, added that the occasion was held to honour fallen heroes who, despite all odds, strived to make the environment a better place.

Mr Goni described park rangers as unsung heroes of wildlife conservation whose critical contributions to a healthy environment and general wellbeing were hardly noticed by all and sundry.

He lamented that rangers were always under-appreciated because they worked in remote places and not often in the media spotlight.

World Rangers Day is celebrated worldwide on July 31 each year to remember rangers who have been injured or killed in the line of duty while protecting national and state parks.