The facility was on July 5, 2022, attacked by Boko Haram terrorists who freed their cohorts and other hardened criminals in detention. 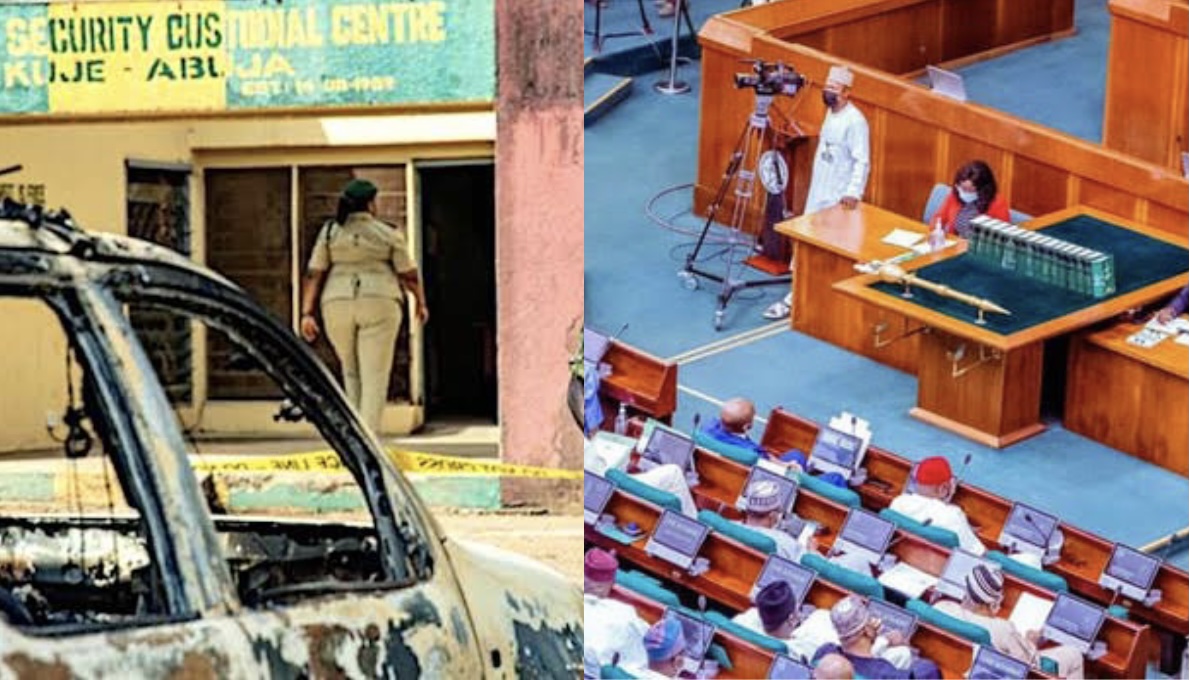 This followed the adoption of a motion by Rep. Sha’aban Sharada (APC-Kano) at the plenary in Abuja, on Thursday, following the recent attack on Kuje Prison by suspected terrorists.

The facility was on July 5, 2022, attacked by Boko Haram terrorists who freed their cohorts and other hardened criminals in detention.

Mr Sharada expressed worry that the development made the country and the FCT  in particular, vulnerable and under the fear of attacks, risk, intimidation and all sorts of threats.

He said this was due to the large number of criminal escapees in the country.

He raised concerns over enormous resources expended by the Federal Government toward ensuring public security and welfare.

He expressed worries that the Kuje custodial centre attack and its terrible outcome along with several related crimes against national security were on the increase.

This, he said, was despite stakeholders commitment toward equipping the

He said that public peace and safety would continue to be threatened if urgent steps were not taken to address the situation.

The house therefore, urged the Federal Government to implement the laudable recommendations of the National Security Summit organised by the leadership of the House of Representatives in 2021.

The house said that this came with broad national stakeholder participation.

The house mandated the Committees on National Security and Intelligence, Interior, Reformatory Services, Defence, Army, Airforce and Navy to investigate the causes.

The house also urged the committee to look at the dimensions and effects of the unfortunate Kuje custodial centre attack and report back within four weeks for further legislative action.