The former Chelsea midfielder announced his retirement from football at the age of 35 yesterday. 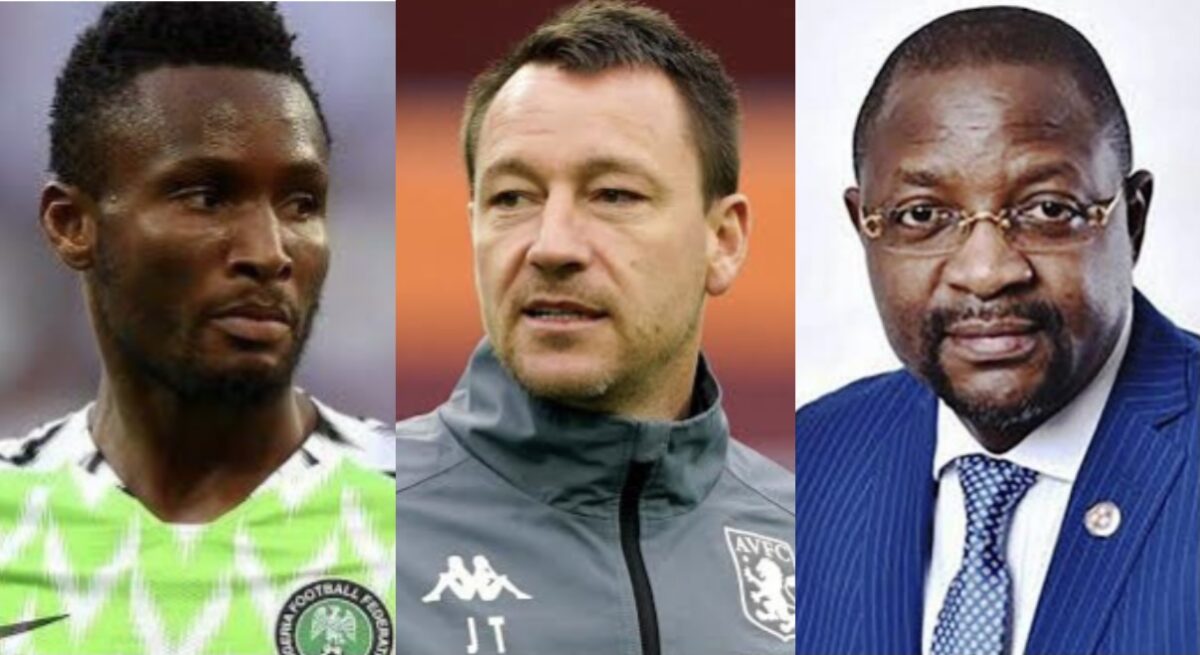 In an emotional instagram post yesterday, the former Chelsea midfielder announced that his time as a football player has come to an end after a 20 years trophy-laden career for both club and country.

While reacting to the news of Mikel’s retirement, Mr Dare celebrated the Jos-born player’s illustrious career and thanked him for wearing the national team colours with pride.

He further lauded Mikel for his exemplary attitude towards football and that he will always be remembered for the part he played in Super Eagles triumph at the 2013 Africa Cup of Nations in South Africa.

“I celebrate with you, Mikel John Obi on your retirement as a professional footballer. Thank you for donning the green and white jersey of our fatherland with pride. For more than a decade, you made Nigerians proud and brought smiles to households. Firstly as a player and also as a captain, your ethic and dedication were exemplary,” Mr Dare said.

Similarly, Chelsea legend John Terry also took to his Instagram page to congratulate his former teammate following his retirement from football after an illustrious career.

“It was an honour to play with you and share the dressing room with you.

“Enjoy retirement mate and good luck in the future.

“What a player and LEGEND

“I’m also very proud to have been on the pitch when you scored your 1 Goal in the Premier League.

The 35-year-old is regarded as one of the most decorated Nigerian players of all time having won two Premier League titles, three FA Cup titles at Chelsea.

The Ex- Stoke City man also boasts of the Turkish Cup title which he won during his time with Trabzonspor in his impressive portfolio.

Mikel is one of the few Nigerian players that rose through the various ranks of the Nigerian youth team setups to feature for the senior national team.

He played for the Golden Eaglets, the Flying Eagles, where he got to the final of the 2005 FIFA U-20 World Cup but lost to Argentina. Mikel was named the Second Best Player in the tournament behind Lionel Messi.

The former Plateau United youth player went on to feature 91 times for the Nigeria national team and also captained the Super Eagles and played an important role in Nigeria’s 2013 AFCON win.