The Oluwo, Abdulrasheed Akanbi made the claim on Saturday in Abuja without any evidence. 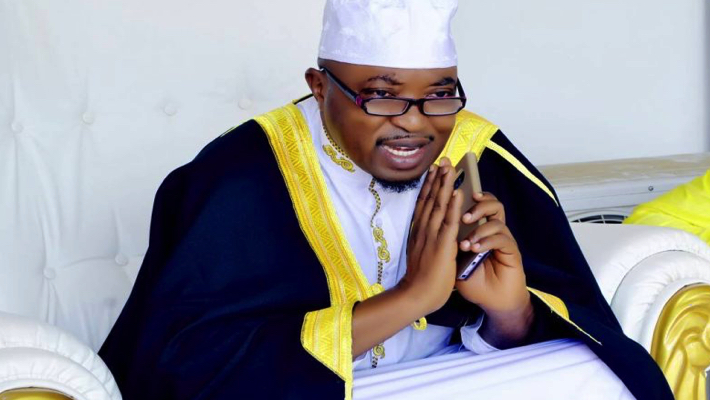 A traditional ruler in Osun State, Abdulrasheed Akanbi, has condemned the increasing rate of ritual killings in parts of the country, calling on the government to legislate a capital punishment for ritual killers.

“Ritual killing is prevalent and consumes more innocent souls than Boko Haram and banditry,” Mr Akanbi, the Oluwo of Iwo, claimed without any evidence at a book presentation in Abuja on Saturday.

“Private parts of women, men, children are harvested; people are killed on a daily basis by these ritual killers all because of money.

A United Nations Development Programme (UNDP) report in June stated that Boko Haram terrorists have killed about 350,000 people in the North-East, of whom 90 per cent were children.

In May, Dakuku Peterside, a politician and policy expert, in an article, submitted that poverty, economic hardship and the quest to get rich quick were the major drivers of ritualistic killings in Nigeria.

Another article by Ayodele Oluwafemi highlighted how the South-West, where Mr Akanbi hails from, has become the hotbed of ritualistic killings, albeit without certain statistics to determine the propensity.

Mr Akanbi urged the youth to refrain from cultism. He tasked Nigerian authors to create awareness in their literary work to curtail the menace.

Speaking on ethnic and religious harmony, the Oluwo asked Nigerians to love one another irrespective of religious, ethnic or political differences.

“It is time for Nigeria to be detribalised,” he declared.

“God gives us the diversity to strengthen our togetherness and not to divide us.

“Our grievances can be politely presented without destruction of our legacies.”

Mr Akanbi enjoined authorities “to review barbaric policies not in tune” but said the youth must be civic in their demand.