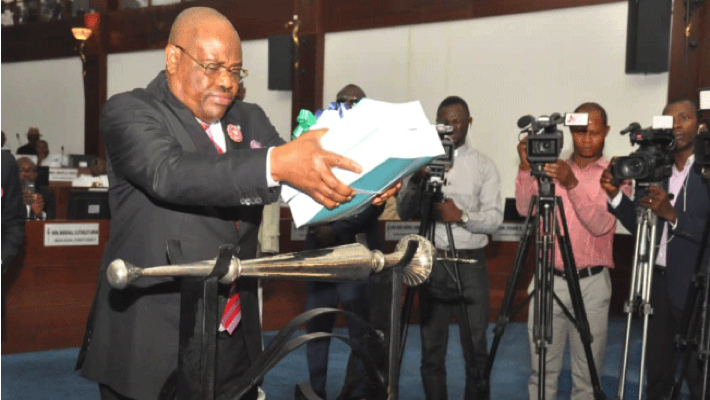 The Rivers State House of Assembly has passed the state’s N483 billion 2022 budget estimate into law.

The House passed the appropriation bill barely two weeks after the state governor, Nyesom Wike, presented the N483 billion budget before it.

Tagged ‘Budget of Consolidation” the proposal was approved after several discussions and deliberation by the house committee on appropriation.

However, legislators last Tuesday were all in favour of the budget which led to the smooth passage on Monday.

Mr George said, “the 2022 proposed budget estimate is predicated on the oil benchmark of $50 per barrel, as instituted by the Federal Government, with an oil production volume of 1.7 million barrels  per day, with the oil exchange rate at the time of giving the report standing at N410, per barrel.”

Speaker of the house,  Ikwuinyi Owaji Ibani, while announcing the passage of the 2022 budget,  applauded the achievement of the 2021 budget.

Mr Ibani noted that with the achievement of 87 per cent of the 2021 budget, the year 2022 might witness a 100 per cent implementation.