Road Safety vows to ramp up operations against crashes, traffic congestion in Abuja

Mr Ochi said the corps had also addressed congestion on roads leading out of FCT, like Kubwa and Nyanya. 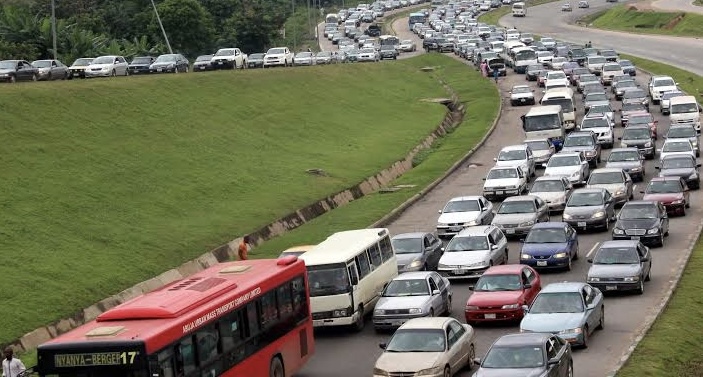 The Federal Road Safety Corps (FRSC) says it would increase the tempo of operations to reduce traffic congestion and road traffic crashes to the barest minimum in the Federal Capital Territory (FCT).

The Sector Commander, FCT command, Oga Ochi, said on Friday in Abuja that more special operations would be put in place to ensure free flow of traffic and curb crashes.

Mr Ochi said there had been mass deployment of personnel and vehicles to reduce traffic congestion on some routes in the FCT.

He said the corps identified some major routes in the FCT as bottlenecks in terms of traffic congestion, which often made people drive against traffic, resulting in pedestrians being knocked down.

“When you look at a route or road like Airport road, it is one of the bottlenecks in terms of traffic congestion.

“Our deployment since March till now continues towards eradicating this. If you go to that place now from 3:00 p.m. till about 9:00 p.m., you will see mass deployment of not less than eight patrol cars.

“The number of personnel we deployed there are not less than 30 marshals and ten officers as supervisors to ensure that the rate of crashes on that road also reduces.

“Not only that, people on that road are also able to use the road comfortably with these measures put in place,” he said.

Mr Ochi said the corps had also addressed congestion on roads leading out of FCT, like Kubwa and Nyanya.

He said the level of construction on Nyanya route had made the road relatively free of traffic, saying that some parts of the road that were completed had been opened.

“This has led to the reduction of traffic congestion along the route. But all the same, we noticed that people are still riding and driving against traffic.

“We have taken note of the nuisance constituted by motorcyclists on that route. We have had several meetings with them and we are stepping up our enforcement on the use of one way on that road,” he stated.

The FRSC boss commended the Federal Capital Development Authority, (FCDA), but recommended that the use of commercial motorcycles in the FCT should be critically looked into.

“We strongly advise that the government should also take a stand so that we do not continue to struggle to have a crash-free and free flow of traffic in the FCT,” he said.