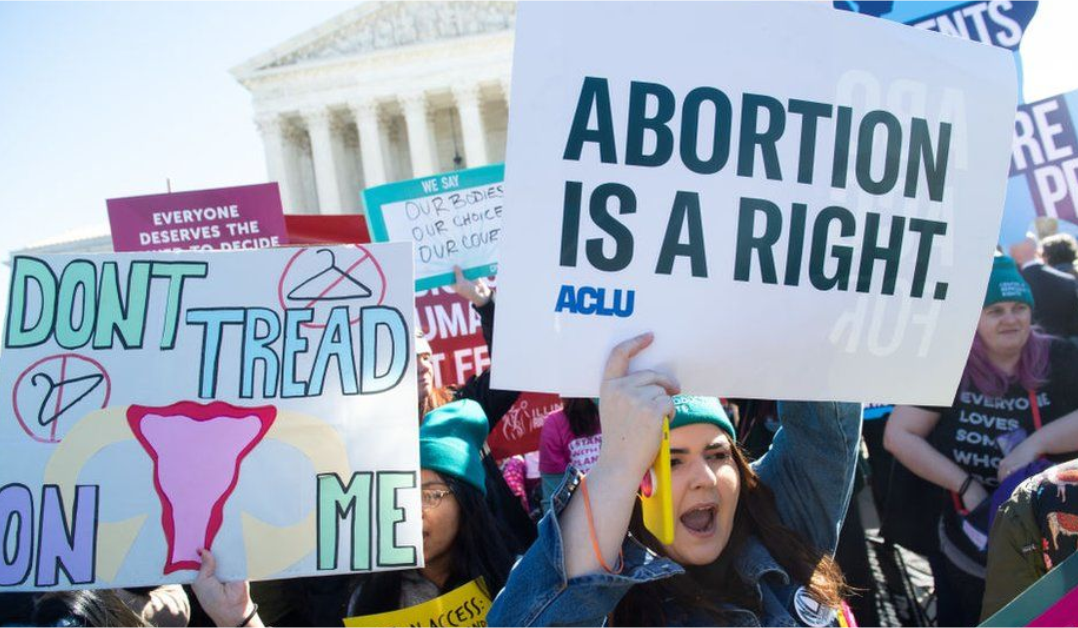 “If the court does overturn Roe, it will fall on our nation’s elected officials at all levels of government to protect a woman’s right to choose,” Mr Biden said. “And it will fall on voters to elect pro-choice officials this November. At the federal level, we will need more pro-choice Senators and a pro-choice majority in the House to adopt legislation that codifies Roe, which I will work to pass and sign into law.”

A draft opinion published by Politico showed that a majority of the court voted to strike down Roe v. Wade.

The opinion was written by Justice Samuel Alito.

The Supreme Court on Tuesday confirmed that a leaked draft ruling to overturn the landmark Roe v. Wade decision was authentic but not final.

Chief Justice John Roberts called the leak a “betrayal” but emphasised that the decision was not final.

“Although the document described in yesterday’s reports is authentic, it does not represent a decision by the Court or the final position of any member on the issues in the case,” Mr Roberts said in a statement.

The official ruling from the Supreme Court was not to be released until June or July. Though the draft decision does not have any legal ramifications, it has been met with immediate backlash from human rights groups worldwide.

The U.S. Supreme Court’s decision has been anticipated in the case of Dobbs v. Jackson Women’s Health Organisation, a case challenging Mississippi’s 15-week ban against most abortions.

Last December, Mississippi’s attorney general asked the court to either undo Roe v. Wade or modify the ruling so there are no protections around having an abortion before foetal viability, which occurs around 24 weeks of pregnancy.

If the landmark case were to be overturned, the legality of abortion would be decided at the state level.

Twenty-six states are expected to place restrictions around access to abortions if Roe v. Wade is overturned.

Twelve states have “trigger laws,” or bans that have been designed to automatically take effect if Roe were to be overturned, eight states have bans in place that could be reactivated and nine states have restrictions that are currently deemed unconstitutional but could go into effect without the protections from Roe.