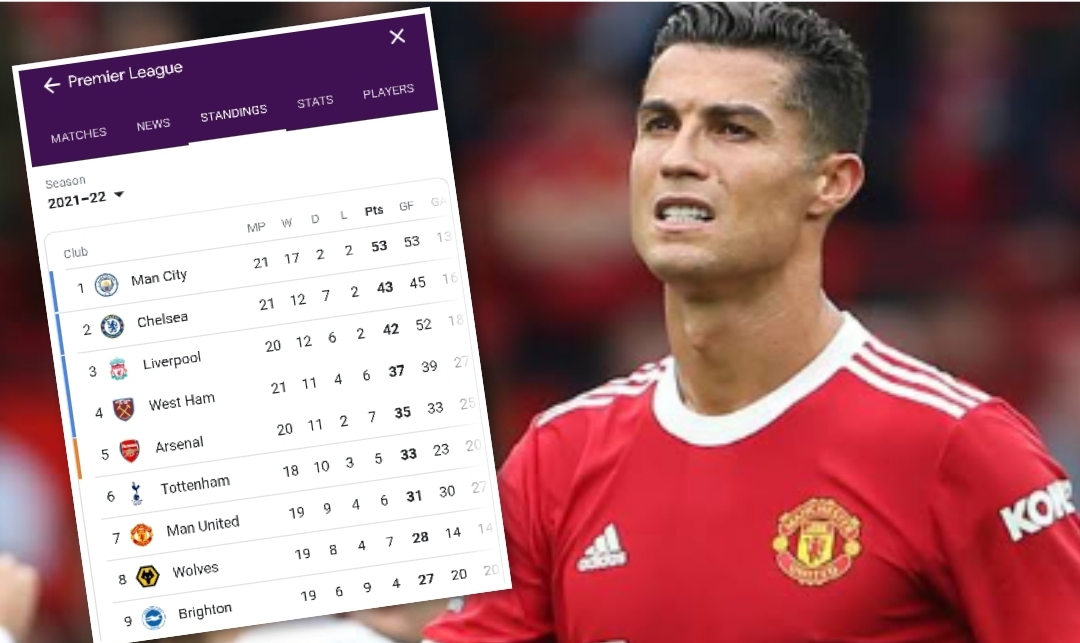 The five-time Balloon d’or winner in an interview with Sky Sports on Thursday said he does not want to end the season with United in seventh place.

“In my heart, I don’t accept that our mentality be less than being in the top three in the Premier League, in my opinion.

“We can do it better, all of us. I don’t want to be here in the club to fight to be in sixth or seventh place. I am here to try to win, to compete. I believe if we change our mind we can achieve big things,” Ronaldo said

United started the season on a bad note under former coach Ole Gunnar Solskjaer, who was later sacked and replaced with German coach, Ralf Rangnick.

With Rangnick in charge of the club, United still remains seventh on the EPL log, 22 points behind League leader, Manchester City, garnering 31 points in 19 games.

On January 3, Manchester United suffered a humiliating defeat at the Old Trafford to Wolverhampton.