Andy and Ifeanyi Uba, two mistakes Anambra voters must not make on November 6

What Anambra needs now is a governor who will take on more than a patchwork approach to governance. 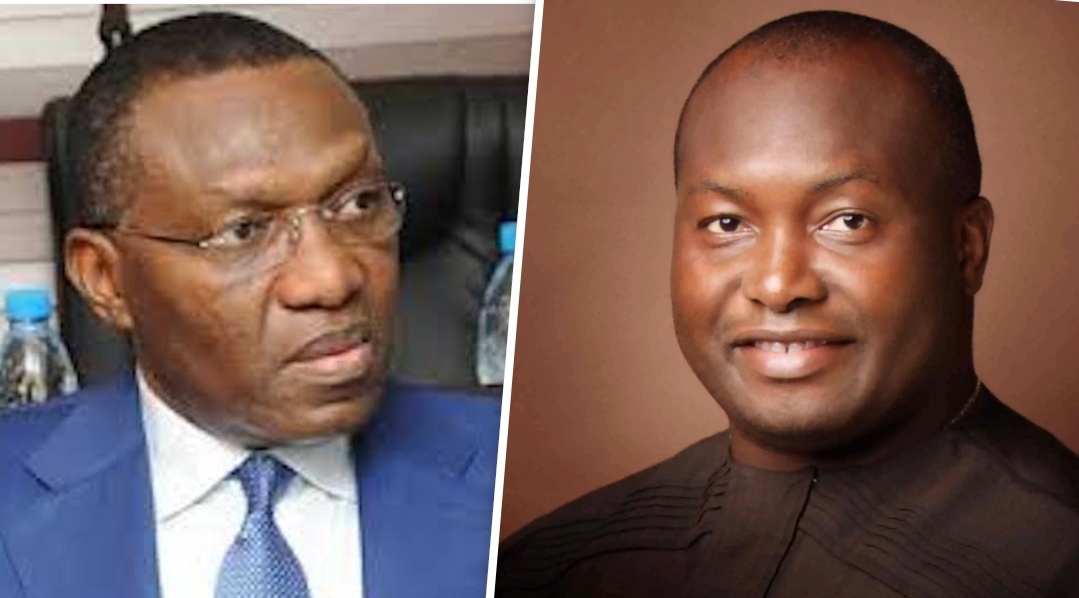 How much money did Andy Uba collect from President Obasanjo in 2007 to facilitate the release and burial of over 76 members of the Movement for the Actualisation of the Sovereign State of Biafra (MASSOB) killed and dumped inside St Charles Borromeo Hospital’s morgue in Onitsha? Andy Uba bragged about it as an example of his negotiating prowess and the peak of his achievement for the people of Anambra as a domestic aide to President Obasanjo during a recent campaign interview with BBC Igbo.

Mr Uba said that the Biafrans were happy about the funeral of their dead members that his intervention brought about. What does that incident say about Andy Uba’s character and values? What does it say that Andy Uba was a proud undertaker for a government that he had significant influence in after they killed over 76 young people in his part of the country?

On November 6, 2021, voters in Anambra will go to the polls to elect a new governor who will replace the outgoing Gov. Willy Obiano. Anambra State voters will do themselves good by avoiding any temptation to vote for any candidate who bears Uba as their last name. The two Ubas running for governor, Andy and Ifeanyi, are men of unusually questionable character and should be kept 100 miles away from the government house in Awka.

There is nothing strange about the assertions above on their characters. In the campaign for governor, the two candidates have not made strong arguments to the contrary, either. Instead, they have touted the advantages they will bring to Anambra as governors. Andy Uba’s whole campaign is based on the false premise that he would take Anambra State to the centre, to the heart of the party in control of Nigeria. As if that has done wonders for Ebonyi or Imo states. Ifeanyi Uba’s campaign is based on his desire to be governor because the constitution allows him to have such an aspiration. Case closed.

The two Ubas dare not say that immunity from prosecution is a motivating factor in their quest to be governor. And they have a lot to be afraid of in that department.

The U.S and the UK have indicted Andy Uba. He would have been indicted in Anambra State if his friends in Abuja had not been protecting him. Mr Uba has a long history of crime against Anambra State. Anambra people must never forget that. When he was President Olusegun Obasanjo’s domestic aide, he arranged with his brother, Chris, for thugs to come to Anambra State and kidnap a sitting governor in the person of Dr Chris Ngige. Andy Uba’s thugs also burnt down the government house in Awka, the capital of the state. He did this with the support of his then-boss, President Olusegun Obasanjo. He bragged that nothing would happen to him, and nothing happened to him.

For 17-days in 2007, Andy Uba was governor of Anambra State before the Supreme Court removed him. During those 17 days, he flew in from Abuja and returned to Abuja at the end of the day. In his Assets Declaration form, Andy Uba claimed that his assets were worth over one trillion Naira. That was 2007 Naira. Andy Uba was the first politician in Nigeria to make what is now known as an anticipatory declaration of assets. It happens when a politician, at the beginning of his term, declares an obscene amount of money as assets with the sole aim of stealing the said amount while in office.  The goal is that his assets would be equal to his anticipatory declaration at the end of his term.

The record of Andy Uba as a senator was nothing stellar. He has no visible intellectual acumen that could minimise his numerous negative traits. The proven cases of forgery, extortion, academic dishonesty and sundry matters have been known about him from Nigeria to the U.S. Apart from his primary school certificate, no other certificate that he brandishes is certified credible.

In 2003, Andy Uba used the presidential aircraft to smuggle $170,000 into JFK airport in the USA as part of President Obasanjo’s UN’s General Assembly team. Uba handed the money to his girlfriend, Loretta Mabinton, but that did not save him or his money. The U.S government seized the money. They also intercepted and seized a 2003 Mercedes Benz SL500 that Andy Uba’s girlfriend purchased for him at $91,262.50. Andy Uba’s girlfriend purchased farm equipment worth $45, 487.28 for President Obasanjo’s farm. In the UK, Andy Uba was barred from entering the country due to his history of fraud. Yet, on December 24, 2008, Mr Uba attempted to enter the U.K in a private jet. He was not only turned back, the UK government confiscated about $200,000 with him on the basis that the money was “from crime or that it would be used for a criminal purpose.”

In all these accusations, powerful politicians have given Andy Uba protection. A man like him, who should never come near any elected office, was a senator of the Federal Republic of Nigeria and is now a candidate for governor, representing the ruling party in Nigeria.

The true measure of a man is in his character. Without character, everything else falls apart. It is more pronounced in times of great moral questions – like today. Having said that, the culture of giving a critical look at the integrity and credibility of candidates for political office has little currency in Nigeria. But listening to Andy Uba answer reporters’ questions gives no confidence that he has any grasp of the issues and their solutions. I watched Andy Uba answer BBC’s questions in Igbo, the language that should be natural to him. He failed woefully to articulate matters of importance to the state that he wanted to govern. If Andy Uba couldn’t do so in his mother tongue, is it in the English language that he got P8 in WAEC that he would?

The story of Ifeanyi Uba is not any better. His character flaws are as long as River Niger. Ifeanyi Uba is entangled in enough fraudulent allegations that people like him should not come near public funds. From the crude and primitive way he runs his football team to the alleged oil subsidy scam of his Capital Oil, no sane person would want to elect a man like that to run Anambra State – a state endowed with legions of smart, cultured and responsible men and women. Ifeanyi Uba’s performance as a senator is also abysmal.

Not only was he not amongst the brightest crayons in the box, but he was also rare in the box itself. His ongoing $200 million fraudulent oil deal entanglement with his Nnewi townsman, Cosmas Maduka, tells you all that you need to know about what to expect if he gets hold of the treasury of Anambra State. Like Andy, he also has a forged certificate scandal of his own. I was also willing to suspend belief in all that I knew about Ifeanyi Uba. I gave him a chance by listening to his interview on BBC Igbo. Just like Andy, he is bereft of ideas.

Anambra State has gone through a lot since its creation. Like other states in Eastern Nigeria, it has struggled to have chief executives who had visions for the state. Mbadinuju was a disaster. Ngige, under pressure, delivered on roads. Obi managed funds well, preserved gains Ngige made on roads, and made inroads in security matters, but failed to build APGA to a party that the South East could coalesce around. Obiano built legacy projects like an airport, a stadium, and others but allowed roads and security to deteriorate.

What Anambra needs next is not a return to Mbadinuju days. What Anambra needs now is a governor who will take on more than a patchwork approach to governance. Anambra needs a governor who has a holistic approach to governance with a long-range viewpoint. Anambra State needs a man or woman who understands the strategic importance of Anambra State in the South East and Nigeria. The governor of Anambra State must be someone who would look the people in Abuja in the eye and stand his ground. Andy and Ifeanyi Uba do not have that. Even if they proclaim themselves born again, even if we forgive them of their sins, we cannot make them deliver what they do not have.

If you are a voter in Anambra State and you do not want the state to be like Abia, Enugu, Ebonyi, or Imo, do not vote for any of the two Uba candidates – Andy and Ifeanyi. They are bad news. As governors of Anambra State, in more ways than one, they will be nothing but the state’s undertakers.