Rudolf Okonkwo: Are you crazy enough to make your dreams come true?

In 2020, Nigerians tried to sanitise their society in the EndSARS protests. It did not achieve most of its goals. But it did not fail. It was a good start. 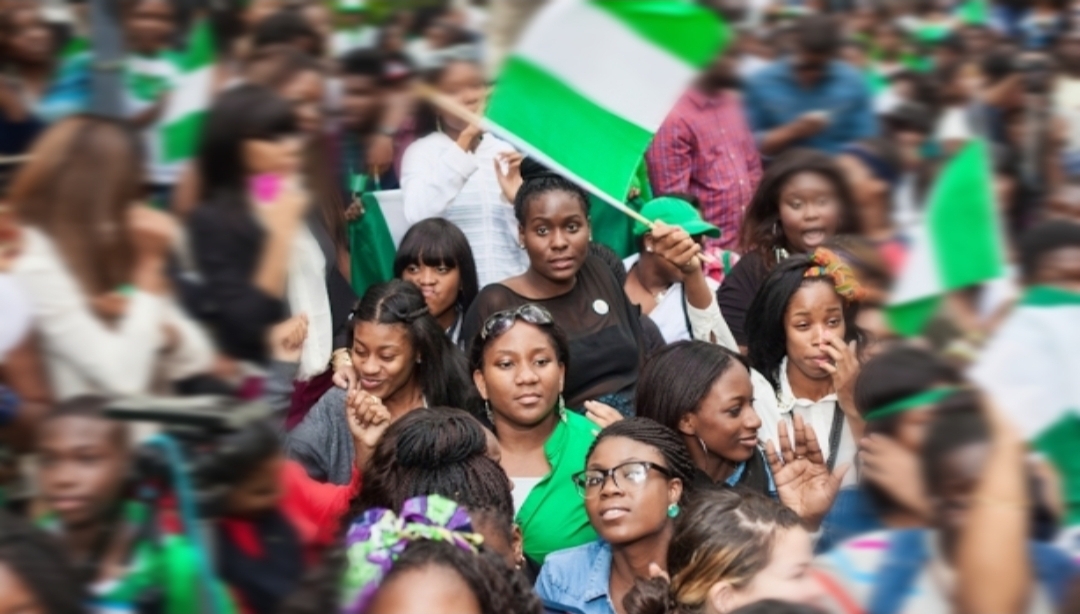 At 14, I discovered reggae music. I was so crazy about reggae that I believed that I would be the authentic replacement for Bob Marley. I started writing reggae music lyrics. I was furious. I was on fire. I was proficient. I chanted down Babylon. I dreamed of singing on Mount Zion.

At 16, I teamed up with a fellow student at the Federal University of Technology, Akure, to form a pop group. We wanted to be like Chris Okotie, Felix Liberty and Jide Obi. Under the guidance of a professional musician, who was also a student, we started rehearsing our first song. Every evening, we would take over an empty classroom to practice. In the middle of it all, university students across Nigeria held demonstrations over something President Babangida did. Our university was closed as a result of the demonstration. When our university reopened, our musician/mentor did not return. And that ended my romance with becoming a musician.

That song we were rehearsing has remained in me ever since.

I have not told this story before, even to people close to me. It is practically unbelievable, considering the life I ended up living. Apart from the song that is still playing in my head, I still have a picture I took during that era. It was taken while I was at home following the closure of our university. In the picture, I was wearing my mother’s discarded wig. I had converted the wig into a poor man’s dreadlock. It is a picture for the ages- now kept in a tightly secured fireproof safe box.

I cannot help but think of what could have been had I continued with my ‘music career.’ As I think of it, I know that I did not stop just because our mentor left the university. I really stopped because I was not crazy enough.

I really wanted to be a musician, but I could not imagine myself walking up to my father, a proud BA (Honors) degree holder from UNN, and say that I was throwing away my career in engineering to become one of those ‘useless weed-smoking guitar boys.’

Incidentally, when the music career ended, I went through the same dilemma as I pursued writing while still studying engineering. But that is a story for another day.

Since the beginning of time, man had to think to survive. Man had to observe his environment to navigate it and stay alive. Early men asked questions about how, why, who, what, when, where of events. These questions have not stopped. Answers of today have led to more questions for tomorrow. As the world becomes clearer, old ideas are dropped on the side for new ones.

When I was in secondary school, we were taught John Dalton’s atomic theory in my first Chemistry class.

In 1805, John Dalton moved forward the hypothesis that we are made of molecules. He proved that molecules are made up of atoms. Dalton’s theory stated that, “Atom is the smallest indivisible particle. It can neither be created nor destroyed.” The name atom came from the Greek word atomos, meaning not able to cut.

But as far back as 1932, John Cockcroft and Ernest Walton, working at the Cavendish Laboratory in Cambridge, had done what eluded scientists for a century before. They had split the atom into protons, neutrons and electrons.

What they achieved changed everything. It created the atomic age.

Scientists have since discovered that protons and neutrons are made of quarks. As of today, quarks are the end of it. They are as small as anything can get -as of today.

There are six kinds of quarks – up, down, charm, strange, top and bottom. As we in Africa go to Mecca and Jerusalem to pray for our generators to start and for our mosquito nets to withstand the anopheles mosquito, scientists set up the Large Hadron Collider (LHC) in Switzerland to experiment and find out if quarks are made of even smaller things, how dark matter really matters, what makes supersymmetric particles super and what extra dimensions there are out there.

When the European Organization for Nuclear Research (CREN) spent $4.75 billion to build the Large Hadron Collider, 27 kilometres in length world’s highest-energy particle collider, there was the fear that the experiment would produce a black hole that would suck in everything on earth. But they did not allow fear to defeat them.

Niels Bohr was one of those who led the study of the atom. His principle of complementarity remains a focal point in the study of contradictory properties of items. In 1921, he was awarded the Nobel Prize in physics “for his services in the investigation of the structure of atoms and the radiation emanating from them.” He was part of the Manhattan Project that led to the building of the first nuclear bomb.

After Wolfgang Pauli presented Heisenberg’s and Pauli’s nonlinear field theory of elementary particles at Columbia University in 1958, Niels Bohr said to him, “We are all agreed that your theory is crazy. The question that divides us is whether it is crazy enough to have a chance of being correct.”

That is the crux of the matter. Where the world is going is crazy. But it is not crazy enough. Not yet.

For instance, we know that there are three dimensions. But could there be more? And why haven’t we seen it? How will it look when we see it? Where does anti-matter go? Is there an additional symmetry?

The expansion of the universe is speeding up. Albert Einstein’s 1917 proposal of a ‘cosmological constant’ once rejected, has been reintroduced to explain the dark energy that is driving the expansion. Scientists are no longer questioning the Big Bang. They are observing lights from the Big Bang itself.

The great Stephen W. Hawking once observed that “We can guess at what this will reveal, but our experience has been that when we open up a new range of observations, we often find what we had not expected. That is when physics becomes really exciting because we are learning something new about the universe.”

From 2009, over 10,000 scientists from around the world working in conjunction with the LHC in Switzerland started a series of experiments to allow scientists to test the numerous predictions of thousands of scientists over the last four centuries. These fundamental physics questions spanned generations and touched on matters as wide as space and time, quantum mechanics and Einstein’s theory of general relativity and even the review of the long-established laws of practical physics.

The first and second runs of the LHC that lasted from 2009 – 2013 and 2015 – 2018 respectively discovered over 59 new hadrons. Amongst the newly discovered hadrons are pentaquarks or tetraquarks. There was also a new composite particle called bottomonium state and two new heavy subatomic particles – these baryons are composed of one bottom, one down, and one strange quark. Scientists also confirmed the existence of the Higgs Boson.

The LHC is now on a shutdown and going through another upgrade to get it to become the High Luminosity Large Hadron Collider (HL-LHC). The new upgrade will increase the luminosity ten times. When that is achieved, it will give scientists a better chance to observe yet to be seen particle movements and interactions at the speed of light and an ability to measure them. Scientists expect it to be operational in 2026, and that is when the third run will take place.

That is how crazy you have to be to achieve dreams.

The scientific wall is like an onion- you peel one skin off and another one reappears.

If we are crazy enough, if the hundreds of thousands in the Mountain of Fire & Miracle church slapping their heads decide to beat their feet on the streets until the government responds to the needs of the people, change will happen. The Egyptians were crazy enough to stand in front of armoured tanks and flying police bullets to demand the end of the era of Hosni Mubarak and his sons and cronies. In 2019, almost ten years after the Egyptians kicked out Mubarak, the Sudanese did the same thing to Omar al Bashir. And they have not stopped fighting.

In 2020, Nigerians tried to sanitise their society in the EndSARS protests. It did not achieve most of its goals. But it did not fail. It was a good start. It was proof that if we were crazy enough, we could withstand the zigzag and the ups and downs of every movement, mission, and dream to get to our desired destination.

This day is a good time to start being crazy. Be crazy about your dreams. Be crazy for your mission in life. Only those crazy enough succeed. Are you crazy enough?

A version of this piece was first published on January 8, 2013.

Rudolf Ogoo Okonkwo teaches Post Colonial African History at the School of Visual Arts in New York. He is also the host of Dr. Damages Show. His latest book is “The Secret Letters of President Donald J. Trump, aged 73.”