How Nigeria is following coffin into 2023 grave

Unfortunately, irrespective of the climate, democracy is messy. 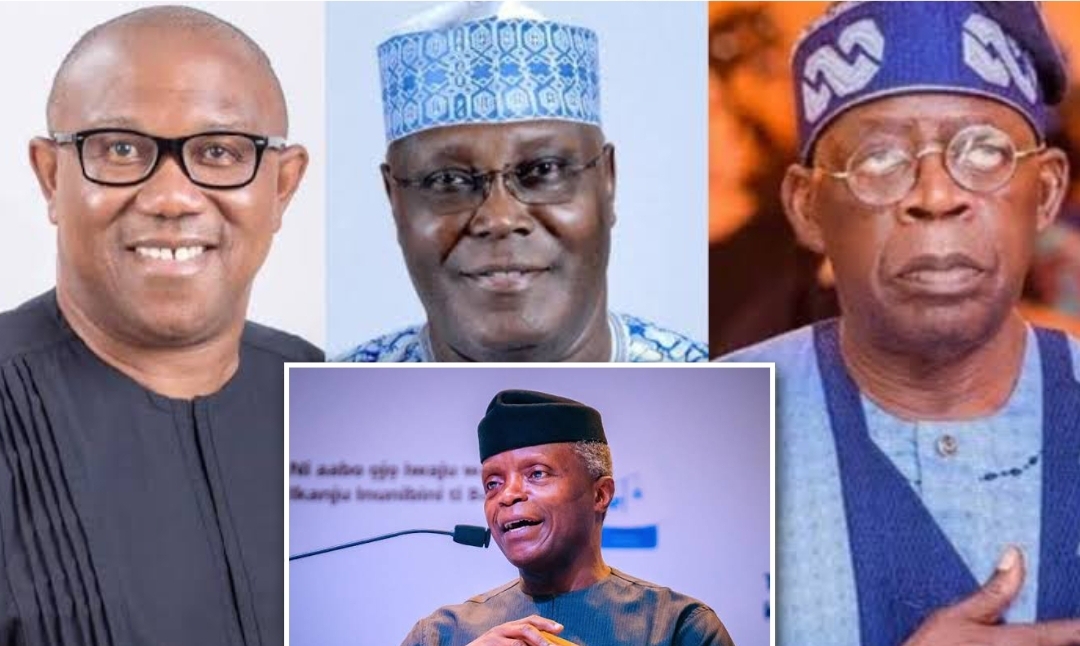 If democracy were a straightforward process, abides by any given logic, follows a particular standard or pattern, the 2023 presidential election would be a battle between the former governor of Anambra State, Mr. Peter Obi, for the PDP and the current vice president of Nigeria, Prof. Yemi Osinbajo, for the APC. Flawed candidates Obi and Osinbajo are, but probably the only two chances that the crooked, ragtag, oil-leaking, wiper-missing, axle-broken Nigerian vehicle with its deflated front and back tires can still be on the road a little bit longer.

Unfortunately, irrespective of the climate, democracy is messy.

Democracy is like a soccer league competition. The games are not usually fair. Various components determine who wins each game. It could be the umpire, the referee. It could be the state of the pitch or the weather on game day. It could be whether the game is a home game for each team or an away game. Sometimes, the big team with a deeper pocket buys up the talent available. When the big team dominates for a long time, fans of the competition begin to root against them. They start to wish for other teams to have a chance to win. Eventually, several factors come together, and things turn around. The big team goes down and other teams get the chance to be at the top of the league.

As political parties in Nigeria go into their political convention season, the current permutations and combinations are changing and can be seen all over the place. But irrespective of where they go, these truths are self-evident.

To show you how messed up things are in Nigeria, a few small item matters that should have been settled in this political season remain stuck in the mud. If the brain-damaged Nigerian political elites that have ignored the inevitable need to fundamentally restructure Nigeria before any election do not see the compelling need for the presidency of Nigeria to move to the South naturally, they do not understand self-preservation.

That candidates like Atiku Abubakar, Aminu Tambuwal and others are seriously running for president in this dispensation, after eight years of Buhari’s most northern-bent presidency of all times, is a big shame. But it is happening, a clear indication that for many political actors, this is a do-or-die affair, like no other. The huddle of quietly conceding the presidency to the South is something that should have been self-evident to them.

At this point in the game, the debate about whether the presidency conceded to the South should also rotate within the South should have been settled. People who support the so-called president of Igbo extraction have not done a good job of pointing out the huge sacrifice the political actors in the South-West would make to make it happen. They have also not marketed well the huge gain it could bring about to the legacy of the competitors and also in healing the political rift in the South.

Using sports club trading language, getting Bola Tinubu and Yemi Osinbajo to give up their presidential ambitions in favor of a candidate in the South East is like telling Los Angeles Lakers to give up LeBron James and Russell Westbrook to another team in the NBA. In the basketball world, that would be called a monster trade. The team getting the two players would have to give up their first, second, and third-round picks in future NBA drafts. Such trade-offs happen in the NBA and NFL and the European soccer leagues. And they happen for many reasons, the most important reason of them all being for the stability of the league. Without a stable league, everyone loses – the team, the owners, the players, and the fans.

There is an ever-present lingering temptation to comfort ourselves in the belief that Nigeria is like a beetle – never really crushed. After all, for over forty years now, Nigeria has lived up to the description of the London Economist magazine that it is the only country in the world where the best is impossible and the worst never happens.

Yes, the worst has not happened. Until one day, when the perfect storms come together. As we have seen several times in history, when that time comes, there will not be time to appeal to history that it is not how it was supposed to be.

Hardly does any nation get the warning that whatever they do, their nation is finished. We are lucky to get the advance notice. That question now is, what are we going to do about it? What desperate measures are we going to take to neutralise this desperate situation? Or are we going to follow the coffin into the grave like a fly without counsel?