How scientists are tracking God’s fingerprints

What if everything you think you know is wrong? 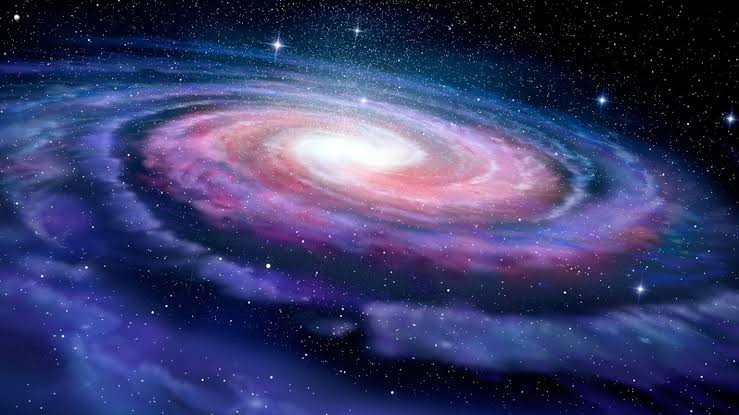 It was only 476 years ago that the people of the so-called known and advanced world stopped believing that a woman had one rib more than a man. The thinking was derived from the Biblical story of creation, which stated that God used one of Adam’s ribs to make Eve.

That illogical reasoning lasted until 1543 when physician Andreas Vesalius decided to open up the rib cage of a dead man and count his ribs. That was when they believed that the number of ribs in a man was the same as the number in a woman.

If you plan to kill somebody in the next few days or weeks or months, because of your God, please hold off a bit. Something interesting is about to happen some 250 million miles away that will turn the content of your holy book into another relic of past humans’ efforts to understand their world. Ok, you are not one of those who fight for their God.

The changes will be so radical that all the years passed since modern humans showed up on Earth will be mashed up and called the Dark Ages. And everything that comes after it, including regular travels by non-billionaires to space, the moon, the mars, the asteroids, will be known as the new Enlightenment.

Scientists are opening the door to a new tomorrow. It will be unlike the old tomorrows that we have seen. It will take a lot of reprogramming and unlearning for us to get used to this new tomorrow. You know the way our great grandfathers had a wrong interpretation of what the moon and the sun were, we are at the precipice of discovering that we have always had the wrong interpretation of who we are, where we are, where we came from, and where we are going.

What if everything you think you know is wrong? I said, what if, just not to frighten you.

If I were to be blunt, I would say that everything you think you know is wrong. Everything. From who you are to what quantum theory says.

On July 30, 2020, while the world was in lockdown over the COVID-19 pandemic, NASA launched a rover called Perseverance on a mission to Mars. It was the fifth in a series of rovers sent to the red planet since 23 pounds Sojourner landed in 1997. Sojourner begot Spirit. Spirit begot Opportunity. Opportunity begot Curiosity. And Curiosity begot Perseverance.

The 2,260 pounds Perseverance traveled 293 million miles (471 million kilometers) in seven months to reach Mars. It carried along a tiny helicopter called Ingenuity and two microphones that send sound recordings to Earth. On February 18, 2021, Perseverance landed on the 28 miles wide Mars’ Jezero Crater after surviving a Seven Minutes of Terror when radio signals from the Earth to Mars could not reach it to guide entry, descent, and landing. Perseverance did it on its own using an artificial intelligence software.

On April 19, 2021, Ingenuity, the helicopter aboard Perseverance, flew on Mars. It became the first aircraft to fly on another planet. Meanwhile, Perseverance is busy exploring Jezero Crater on the surface of Mars in search of signs of life. Humans on earth drive Perseverance as well as AI-powered software.

The rover has shown evidence of flash flooding on Mars’ surface, confirming images from several orbiters since 1965 that suggested that there was once life on the planet. This week, Perseverance began the process that will lead to an extraction of a rock sample from Mars using its robotic arm. It will take Perseverance 11 days to complete the extraction of the rock, package it in a metallic tube and preserve it for future Mars missions to return the sample to earth for more examination.

“When Neil Armstrong took the first sample from the Sea of Tranquility 52 years ago, he began a process that would rewrite what humanity knew about the Moon,” said Thomas Zurbuchen, associate administrator for science at NASA Headquarters. “I have every expectation that Perseverance’s first sample from Jezero Crater, and those that come after, will do the same for Mars. We are on the threshold of a new era of planetary science and discovery.”

The samples Perseverance gathers will reveal several of Mars’ secrets, including possibly providing evidence of life on Mars when examined on earth. It will just be like the rock sample that Apollo 11 astronaut Neil Armstrong spent three minutes and 35 seconds to pick up from the surface of the moon.  It will be like a time capsule that will fill the gaps in our understanding of the fourth planet from the Sun.

Amongst the secrets it could reveal was how Mars formed some 4.5 billion years ago. Over 500 scientists are analysing data coming from Perseverance. As hundreds of thousands of pictures and data points emerge, these scientists are painstakingly putting together the pieces of the puzzle. Of course, Perseverance is part of NASA’s Moon to Mars mission that will eventually lead to a manned mission to Mars.

Before any of the rovers started landing on Mars, NASA and other space agencies from the former Soviet Union, European Union, India, and Japan flew orbiters over Mars. The data collected were used to plan for the landing of spacecraft like the rovers. It is the same way scientists will use the information gathered from these unmanned rovers to prepare for a manned mission to Mars.

Also on Mars’ surface since November 2018 is NASA’s lander called InSight. It traveled 301 million miles in six months to land on Mars. Its mission is to listen to all vibrations on the surface of Mars and inside the red planet. With that, scientists are mapping out the inner core of the planet. They are contrasting what they see with what we know of our planet Earth. This is the first time humans can scientifically compare another planet out there with the one we know.

Other countries that recently landed spacecraft on Mars are the United Arab Emirates (UAE), China, and India. The UAE’s Hope spacecraft launched aboard a Japanese rocket on July 19, 2020, arrived at Mars’ orbit on February 9, 2021. The Chinese Tianwen-1 was launched on July 23, 2020. It traveled 292 million miles and entered Mars’ orbit in February 2021. In 2024, Japan’s spacecraft will land on one of Mars’ two moons, Phobos, to get samples of its soil.

As more information about Mars is available, Space Engineers are designing next-generation nuclear, chemical, and solar-powered technologies to make it possible for humans to live on Mars. They are imagining how to build homes underground to avoid the tough atmosphere on the surface of Mars where carbon dioxide is 98 per cent, oxygen is only 0.13 per cent, and space radiations abound.

They are envisaging mining rocks to make air to breathe, clean water to drink, and fuel for rockets. They are also advancing designs on how to grow food and make oxygen on Mars. These are necessary to support NASA’s mission to send humans to Mars in the 2030s. At the International Space Station, we already recycle drinkable water from astronaut’s shower water, urine, and sweat.

As we run out of water on earth, burn up oxygen and replace it with carbon dioxide, we make the earth more and more uninhabitable. Ironically, at the same time, we are getting closer and closer to finding a way to transport ourselves to other planets that have long been made uninhabitable by some yet-to-be-identified beings or phenomenon. Maybe where it will all end is when we discover that people like us made Mars uninhabitable.

In his winning essay for NASA Rover naming contest that won him the naming right to the rover, Perseverance, 7th grader Alexander Mather writes: “We as humans evolved as creatures who could learn to adapt to any situation, no matter how harsh. We are a species of explorers, and we will meet many setbacks on the way to Mars. However, we can persevere. We, not as a nation, but as humans, will not give up. The human race will always persevere into the future.”

We, not as ethnic groups, religious groups, races, but as humans, will not give up. We, as humans, will persevere until we trace the fingerprints of God and discover for the first time, who we truly are, where we really come from, and where we are surely going to the afterlife on Earth. Until then, everything we think we know now is a mere preface to a 1,000,000-paged book of life.