The real crimes committed by the disgraced police chief are the same ones often committed by Nigeria’s ruling elite. 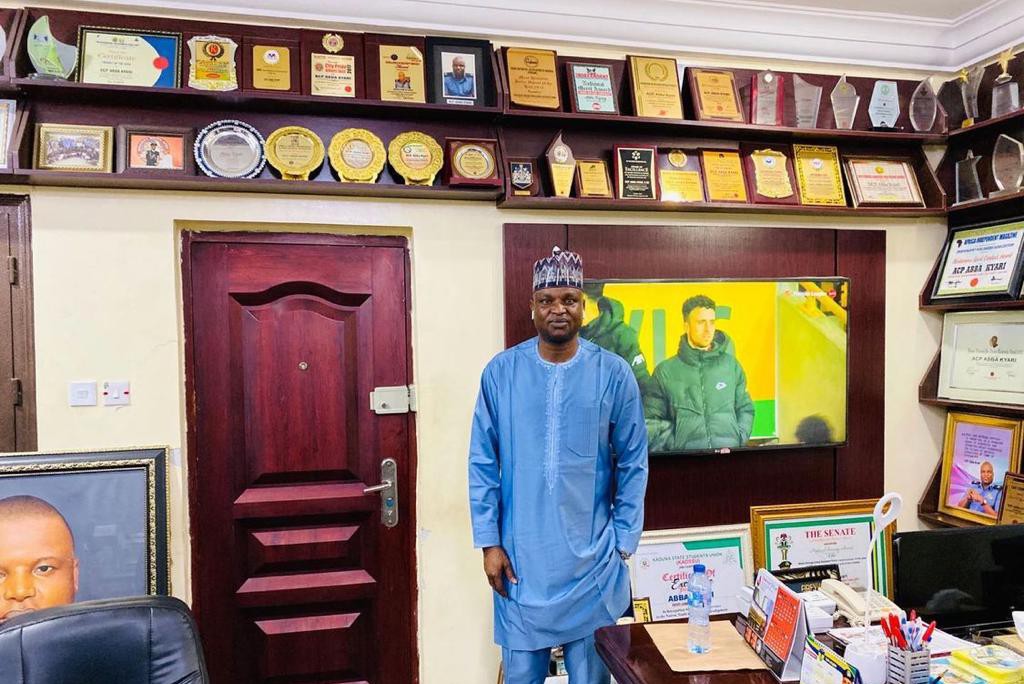 In recent years, Abba Kyari, the decorated Nigerian Deputy Commissioner of Police, rode with glee, the wave of his high-profile billing as a super cop who busted criminals. To many, he was the Nigerian answer to Jack Bauer, the Kiefer Sutherland’s character in Fox TV’s series, “24”. To others, he was at best Detective Alonzo Harris, Denzel Washington’s character in the movie “Training Day.”

Watching from a distance, one could see that the hype had already gotten into Mr Kyari’s head, even when he had not spent a decade on that pedestal. The prospects of him becoming a future Inspector General of Police in Nigeria brought chills down the spines of those who knew the true story of the FBI’s most famous director, John Edgar Hoover.

Without prejudice to the FBI charges against Mr Kyari, the real crimes committed by the man are the same ones often committed by Nigeria’s ruling elite. Despite their education and training at home and abroad, they all seem to dismiss these crimes as minor and irrelevant. But upon close examination, we see that they are the roots of the bigger crimes that inevitably follow.

The first and most common one is conflict of interest. Mr Kyari, as a police officer, could not smell a conflict of interest even when it is an inch from his nose. He would hang around every character in the Nigerian space, far too close than an undercover police officer would be ethically allowed to. He had no understanding that part of his responsibility as a law enforcement officer is to stay clear of conflicts of interest or anything that resembles it.

That is why he had the audacity to say in defense of his relationship with the arrested Internet scammer, Ramon “Hushpuppi” Abbas, that he only helped the man to buy native clothes and caps and that the payment that he received was not for facilitating the arrest of a rival for the purpose of enabling a crime.

You feel ashamed of him for writing such a defense. It showed how poorly educated and poorly trained the man must have been. He apparently could not see that it was incompatible for a top police officer to be buying clothes and caps to ship to a businessman in Dubai. And it doesn’t matter whether the businessman has a credible source of wealth or not.

More troubling is that Mr Kyari must have known that it was not the right thing to do, for which he decided to use the account of somebody else to receive payment. If he had thought he was doing the right thing, he would have had the payment sent to his account. But he didn’t. So, he knew it was wrong.

The simple idea that people in authority should not derive personal benefits from their actions or decisions is frowned upon in Nigeria. In fact, instead of being seen as a taboo, it is the air that Nigerian government officials and those in authority live on. Without it, a great many of them would be dead. Without it, politics would cease to become a do or die affair that it is in Nigeria.

The line between official capacity and personal capacity does not exist in Nigeria. That is why a president, governor, or local government chairman has no shame in locating a government institution in their hometown. That is why a principal, a senator, or a government agency director has no problem sending his official driver to go and pick his children from school. It is so rampant in Nigeria’s official spaces that the quest to minimize corruption in Nigeria has zero chance of succeeding until we drill the concept of conflicts of interest into the head of every Nigerian, young and old.

The second crime that Mr Kyari committed is the betrayal of public trust. When you receive the badge and the gun as a police officer and you are mandated to enforce the law, there is a responsibility attached to that right. The public gave you that responsibility in trust. You are not allowed to betray it. You should cherish it the way you cherish your life.

Mr Kyari failed to do so. He betrayed that public trust not just by the companies he kept or his murky relationships with the companies but purely by his display of zero understanding of this trust. He acted with great arrogance as if his powers are derived from his “divine” birth and not from the people he served. That is the great sin of many Nigerian public servants.

In fact, Nigerian public officials do not see themselves anymore as public servants. In place of that, they have transformed themselves into lords to be worshipped by the public. That is why Justice Umar, chairman of the Code of Conduct Tribunal, came out of his vehicle at Banex Plaza in Abuja and slapped a security guard helping customers to park their cars.

That he did not resign the next day was an indication that at the highest level of government in Nigeria, nobody gives a hoot at what appropriate conduct is and what public trust should be. If a judge of a court called Code of Conduct Tribunal does not get it, who will? It shows that the betrayal of public trust means nothing.

Beyond the Hushpuppi accusations, other allegations that have been leveled against Mr Kyari centered on abuse of power and extortion. One example is that of Lagos businessman Afeez Mojeed where Mr Kyari and his team were accused of defrauding the businessman of N41 million. There are other cases where the police officer allegedly intimidated people caught up in a law enforcement net.

As is typical in Nigeria, superstars of any profession are often excused of charges against them before law enforcement carries out a thorough investigation. Their well-oiled legions of sycophants waste no time defending them and raining curses on the accusers as being jealous and being used by criminals and enemies to stop the great work of their stars. Nobody ever says that the cause of good governance is advanced when a star boy, like Mr Kyari, ‘wrongly’ accused is tried and exonerated.

Until Nigeria tames abuse of power, the hope for a decent society will remain an illusion. When in 2011, Bishop David Oyedepo slapped a poor young woman in church for saying that she was a “witch for Christ” and nothing happened, it became an incentive for Senator Elisha Abbo to slap a female sex toy shop attendant for not serving him to his satisfaction in May 2019. And again, nothing happened. People in authority will continue to slap Nigerians around until we collectively decide to punish any form of abuse of power by any individual, no matter how highly placed.

The disregard of conflict of interest breeds betrayal of trust. Betrayal of trust breeds abuse of power. Abuse of power breeds an air of invisibility. An air of invincibility breeds arrogance. Arrogance impairs judgment. Poor judgment endangers society as a whole. This danger to society is something that sycophants do not know they will be victims of, too.

Once public officials blur the lines of conflicts of interest, abuse of power and betrayal of public trust, they effectively burrow a dark hole where corrupt practices blossom. When Buhari refused to make public his Assets Declaration forms, hiding under the guise that the law did not require it, he ignored the fact that President Musa Yar’Adua made his public. But more importantly, with that refusal, Buhari gave a signal to governors in 36 states of the federation to make anticipatory declaration of assets and then steal with impunity.

Conflicts of interest, abuse of power, and betrayal of public trust are all ethical violations that guarantee the survival and sustenance of mediocrity in Nigeria. You cannot have the three running amok in Nigeria and hope to have a sane, stable, and serious society. As long as the three ills are alive and well in Nigeria, the country will only attract the incompetent people deeply sipped in them to aspire to positions of trust and authority. And that is how the dysfunctions in our society expand.

In the immortal words of Ayn Rand: “Did it ever occur to you, that there is no conflict of interests among men, neither in business nor in trade nor in their most personal desires if they omit the irrational from their view of the possible and destruction from their view of the practical? There is no conflict, and no call for sacrifice, and no man is a threat to the aims of another if men understand that reality is an absolute not to be faked, that lies do not work, that the unearned cannot be had, that the undeserved cannot be given, that the destruction of a value which is, will not bring value to that which isn’t.”

This is what I now expect from Mr Kyari. The greatest service Mr Kyari will render to Nigeria is to gallantly travel to the United States to clear his name and, more importantly, to help the FBI solve the Hushpuppi case fully. Going by the defense Mr Kyari has been putting out in public, the part about clearing his name should be easy.

In the process, Mr Kyari will also help the FBI to understand, for the first time, the Nigerian crime-busting template that he, Mr Kyari, invented and has been championing to great acclaim. I am sure Mr. Kyari does not want to add to the growing standoff between Nigeria and the United States over human rights and the purchase of weapons needed to fight bandits and terrorists.

Rudolf Ogoo Okonkwo teaches Contemporary Afrodiasporic Literature at the School of Visual Arts in New York. He is also the host of Dr. Damages Show. His latest book is “The Secret Letters of President Donald J. Trump, aged 73.”