We know the madness of Okonkwo. It has a method to it. What afflicts Pete Edochie, we do not know. 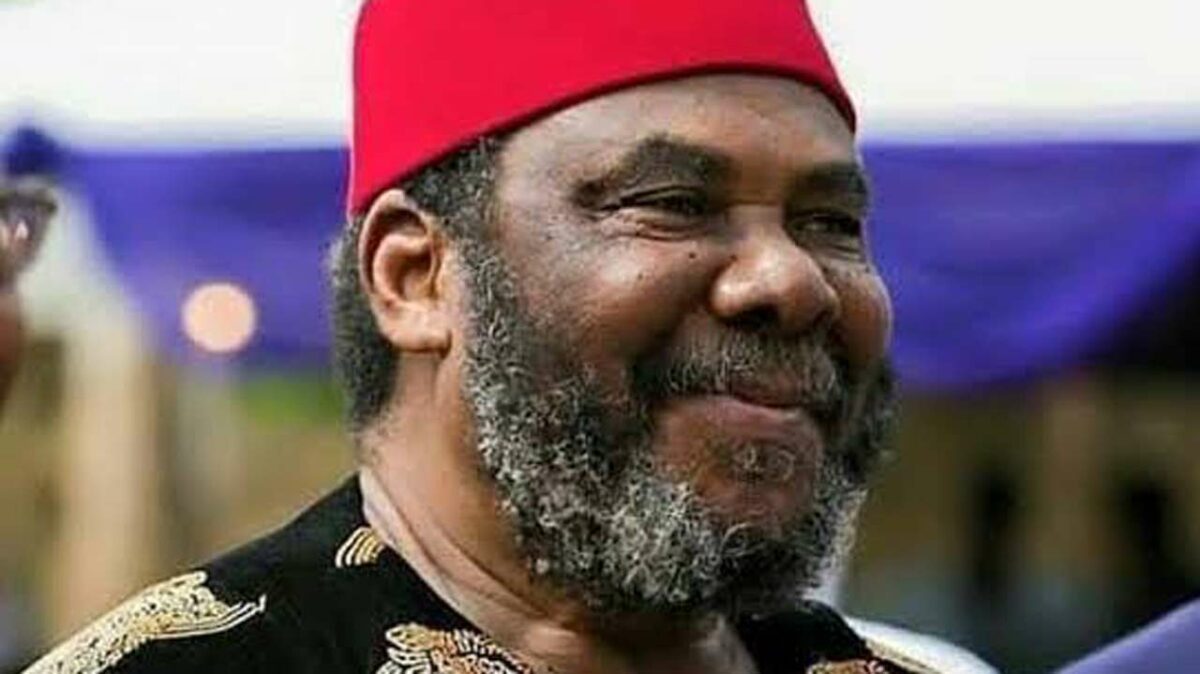 I know Okonkwo, the son of Unoka of Umuofia. Pete Edochie played him in a movie. But Edochie is not Okonkwo.

There are two Okonkwos in my life. Okonkwo Adi in Eze Goes to School (co-authored by Onuora Nzekwu and Michael Crowder) and Okonkwo in Chinua Achebe’s Things Fall Apart.

Like most people, I have a greater affinity for Okonkwo in Things Fall Apart.

Okonkwo Adi dies early in Eze Goes to School. What kind of hero does something like that? We learn that his cowardly hunting colleagues failed him when they chose to go back to the village to get reinforcement instead of staying with him and fighting off the ferocious leopard killing their villagers. The modern-day equivalent of what Okonkwo Adi confronted is the killer herdsmen. In so many ways, Okonkwo Adi was a hero, but we know about his deeds long after his death.

The real hero that we have all gravitated around is Okonkwo from Things Fall Apart. At the age of eighteen, he defeats the unbeaten Amalinze the Cat in a wrestling march and becomes famous. He does everything not to be like his weak father, Unoka. After working hard and showing courage, he becomes one of the leaders of Umuofia at a very young age.

Underneath Okonkwo’s success are the human flaws that ultimately set him up for failure when he defies wise counsel and participates in the killing of Ikemefuna, a ransomed kid who has become something of his adoptive son. By the time the white men arrive in Umuofia, Okonkwo’s flaws have set him up to commit his final egregious act that propelled him to commit suicide.

Deep down, I never really liked Okonkwo’s inorganic, uninhibited, pretentious machismo. I preferred Njoroge of Ngugi wa Thiong’o’s Weep Not Child because, unlike Okonkwo, Njoroge becomes a change agent through education and by “being a lover and not a fighter.” But that is something I cannot admit to in polite society. So, like everyone else, I stick with Okonkwo.

I was surprised to see myself horrified when Chika Unigwe killed Okonkwo “to death” in her column titled “The myth of the ‘Good African woman’” and published in the Daily Trust newspapers.

As our people often say, “something must kill a man.” In the case of Okonkwo, I had long feared that feminism would kill him. I quietly prayed that since he was long dead, feminism would leave him alone, just the way it left Solomon alone and all the misogynists and anti-feminists in the Bible and all the other holy books.

But unlike Solomon, Okonkwo continues to reincarnate to exponential levels. And when he reincarnated in the person of Pete Edochie, he made the mistake of his life by hanging around in this era without learning anything.

Oh, poor Pete Edochie. He did not know what hit him.

To open the mouth he uses to eat bitterleaf soup and pounded yam to say that “women have small brains”, “feminism is the reason men beat their wives”, “divorce is not our culture,” or his suggestion that women should be creative and pack condoms for their husbands when the husbands leave for tour, shows a spectacularly ignorant man and one in full display of ‘fatal arrogance.’ Even Okonkwo would be ashamed of Pete Edochie. As tough as Okonkwo was, he was not callous enough to say something like that to Ezinma, his much-beloved daughter. And I doubt if Pete Edochie would say those things he spewed in that interview to his own daughter.

There is no way to defend Pete Edochie’s total disregard for the basic ethos of a well-grounded Nze-na-Ozo. He made a caricature of his grey hair with his undignified clinging to discredited ancient patriarchal thinking in a fast-changing world. Pete Edochie has been living his life confusing the wise actor he plays on scripted movies and TV shows with the stagnant pond of a man that he is. He is like Pastor Chris Oyakhilome who, after reading a few pages of websites he found through Google searches, considers himself a Nobel Prize-winning scientist.

If anybody should know this, Pete Edochie should, unless he doesn’t look around his compound in Nteje. Igbo women have never been powerless. No group is feared more in Igbo society than Umu Ada. Not even Okonkwo in Things Fall Apart can bully Umu Ada and get away with it. Okonkwo’s downfall starts when he beats his wife during the Week of Peace. He does not recover from that.

One is not surprised that some folks from an older generation struggle with accepting the idea of gender equality, while acknowledging certain differences. But there is no excuse for espousing anything other than this irreducible reality: Everyone has value. Everyone deserves dignity. Everyone has a purpose to fulfil in this life. And nobody should be in the way of another’s quest to fulfil his or her potentials.

Any man who is not honest enough to agree that women are more constrained than men in today’s world is probably less of a human. And thank heavens that we are doing better than Pete Edochie’s generation. The kind of reckless utterances from Pete Edochie make it difficult for women and men to express what some regard as genuine concerns about the excesses of feminism. An unknown writer captured that concern in this quote which applies universally to all suppressed and oppressed groups and even the most intelligent of us get caught up in it: “You have to learn the difference between someone disrespecting you versus you feeling disrespected. Emotional ears hear from a place of offence. Sometimes it is not what they said, it is what you are triggered by. And unless you know your triggers, you’ll see everything as an attack.”

I love Chika Unigwe. She writes ever so gently that even when she wields a stick, she does it with grace and charm, unlike she, who must not be named. In the hands of, say, a different unnamed feminist, Okonkwo would have been stripped naked, tied to an Ukpaka tree in the middle of a village square, and given a beaten of his life until blood starts coming out of his mouth and his nose.

It is not just about how these Okonkwos treat women, it is also about how they define success. But beyond those, the greatest challenge dealing with the new Okonkwos is in how they demean and dismiss the Unokas – those around them who are not materially successful. It is the engine that fuels the ills that besiege Umuofia today.

While it is proper to correct the Okonkwos, a lot of work is needed to teach the mothers how to raise their sons to be less like Okonkwo and more like Obierika – the prototype of the rational, thinking man in Achebe’s classic novel. It starts from there. If you catch them when they are young, you have the best chance of changing things. Once they have killed Ikemefuna, your power over them is all but gone.

We know the madness of Okonkwo. It has a method to it. What afflicts Pete Edochie, we do not know. But from what we can see, it has no method.

In the immortal word of Nigeria’s Senate President Ahmed Lawan, Chika Unigwe in this column killed Okonkwo to death. We need to find another hero.

How about Njoroge or Obierika? Who is with me?