The Bible, the Quran and other holy books currently being written are poised for an update as soon as we peek into dark holes and gain a broader understanding of dark matter. 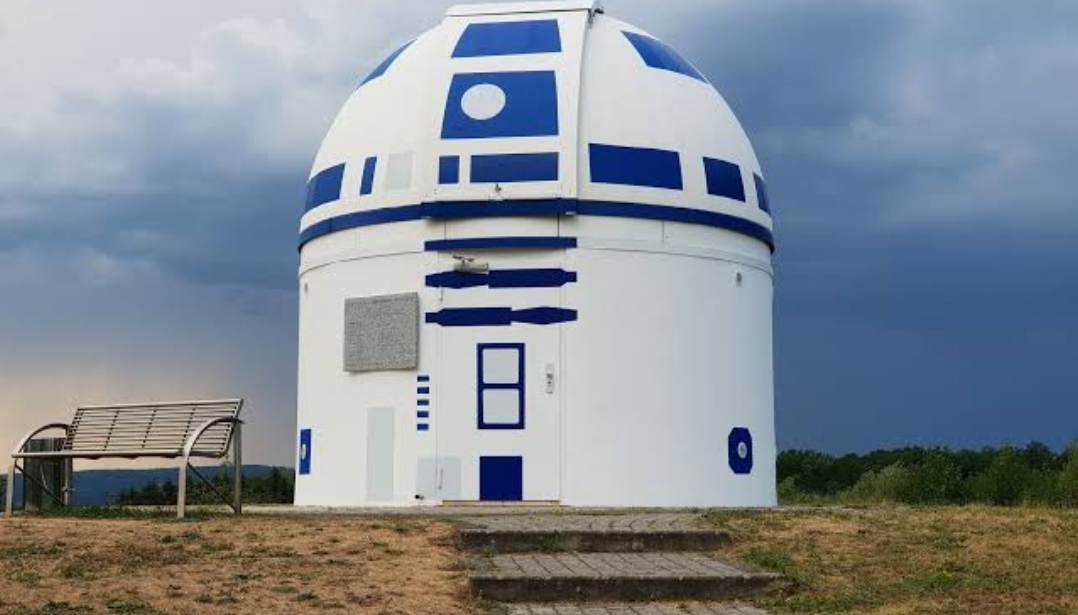 On that day that pagans of ancient Rome celebrated the birth of Mithra, their sun god, the same day that Christians chose to celebrate the birth of Jesus Christ, scientists took their most daring step yet in making eye contact with God.

On Christmas day, while you were with family and friends eating Jollof rice, drinking Hero beer, dancing to the music of Portable Zazu, and sharing what some consider the highlight of humanity’s return to sanity -images of Muslims who attended Christmas service in Kaduna, NASA scientist at French Guiana launched a telescope called James Webb Space telescope.

When it reaches its orbit, the telescope will be man’s most advanced eye in a fast-expanding universe. Through this new eye, we hope to gaze into God’s eyes and see exciting things that will open a new era of discovery of things we have never imagined. These are things the writers of our most cherished holy books never imagined, too. We are talking about the possibilities of discovering omissions more gigantic than the non-inclusion of the dinosaur in the Bible, the Koran, and other holy books.

After years of setbacks, on that Christmas’ morning, a European Ariane rocket lifted the Webb telescope off the coast of South America unto a journey of one million miles. It will take the telescope one month to reach its orbit at the Lagrange point, where gravitational forces of the earth and sun balance. It is this minimal force area that will keep the telescope afloat.

The distance is four times farther away from us than Earth to the moon. It will take five months before the telescope will open its eyes, sophisticated infrared eyes, and begins to scan the cosmos for expected unknown and unknown expected.

At 70 feet by 46 feet, almost the size of a tennis court is a five-layered sunshield that protects the James Webb space telescope’s light-gathering mirror and heat-sensing infrared detectors. These detectors must be at minus 450 degrees to function. At the cost of 10 billion dollars, it is the largest and most powerful telescope ever sent to space. NASA built the telescope in partnership with the European and Canadian space agencies. Thousands of people from 29 countries have been working on this 7-ton telescope since the 1990s. When in orbit, it will replace the Hubble Space Telescope that has been in space since 1990.

The job of the James Webb Space telescope is to capture for us the images of the Universe 13.7 billion years ago. It will bring to our attention what happened 100 million years after the Big Bang when the Universe formed. At this point, I am sure that some of you who swear by the tall tale of Noah’s Ark and its intake of all the animals on Earth are rolling your eyes at the mentioning of the Big Bang theory, still subject to confirmation.

Bill Nelson, the head of NASA, said that Webb will provide “a better understanding of our universe and our place in it: who we are, what we are, the search that’s eternal.”

“We are going to discover incredible things that we never imagined,” Nelson said. He also warned, “There are still innumerable things that have to work, and they have to work perfectly … we know that in great reward there is great risk.”

In this case, the risk is not being complacent. It is in making a deliberate decision to go where no man has ever gone before instead of opening ancient texts to find answers to things that stare us in the face.

Here is how the European Space Agency director general, Josef Aschbacher, put it: “We have delivered a Christmas gift today for humanity.”

What gift has your religion delivered recently for humanity? Other than strife and conflicts, what risk?

Scientists involved in the launch of the Webb telescope all talked about “if all goes well…” If all the mechanisms work as planned, the telescope will open the window to the heavens wider than we have ever done before. While the Hubble telescope opened our eyes to what happened some 13.4 billion years ago, Webb will go further and bring us closer to what happened in our Universe some 13.8 billion years ago.

That is a big deal.

When Hubble developed blurry vision, astronauts went on the telescope orbiting at 340 miles above the Earth, performed a spacewalk that repaired it, and brought us greater images. On the other hand, Webb would be so far away that such repairs would not be possible. But scientists, ever hopeful in tomorrow’s advancement, left Webb’s fuel tank accessible for a top-off in the future by visiting spacecraft when the technology becomes available.

The Hubble telescope also captured previously unknown two moons of Pluto called Nix and Hydra. A possible visit to those moons is at work.

We have always known that the Universe is constantly expanding. The Hubble telescope helps us to determine the rate of expansion. The Universe is expanding at a rate of about 67.36 kilometres per second per megaparsec (a megaparsec equals 3.3 million light-years). This means that for every megaparsec – 3.3 million light-years, or 3 billion trillion kilometres – from Earth, the Universe is expanding an extra 73.3 ±2.5 kilometres per second. Two possible things could happen to a fast-expanding universe. It could collapse on itself in a Big Crunch, or it could continue to expand indefinitely until a Big Freeze. None of the two possibilities is good.

With images and data from Hubble, we discovered that every major galaxy has a black hole at the centre. These black holes of this sort are millions of billions of times the mass of the Sun. They are spaces where nothing escapes, including light.

And lastly, the Hubble telescope helped scientists to draw a 3-D map of dark matter. Dark matter makes up 85% of the Universe, and the earlier we understand them, the better for us in understanding who we are and what we are, beyond the simplistic story of a moulded clay that received breath and off it went innocently scanning the globe until it met the serpent on a fig tree.

I know that the Bible, the Quran and other holy books currently being written are poised for an update as soon as we peek into dark holes and gain a broader understanding of dark matter.

The Webb telescope is 100 times more powerful than Hubble. It can pierce cosmic clouds of dust with its infrared vision. It will capture the ultraviolet wavelengths of the first stars and galaxies that emerged soon after the Big Bang. These wavelengths have been expanding as the Universe expands.

NASA Administrator Bill Nelson said, “The promise of Webb is not what we know we will discover; it’s what we don’t yet understand or can’t yet fathom about our Universe. I can’t wait to see what it uncovers.”

One thing is for sure. If all goes well, the Webb telescope will knock on God’s door. It will either ask, “Are you there?” or it will declare, “We are here.” Either way, nothing will ever be the same.

Rudolf Ogoo Okonkwo teaches Post-Colonial African History at the School of Visual Arts in New York City. He is also the host of Dr. Damages Show. His books include “This American Life Sef”, “Children of a Retired God” among others.