The changing fortunes of Idemili pythons

Over sixty years after the Europeans left, the fight is still on. 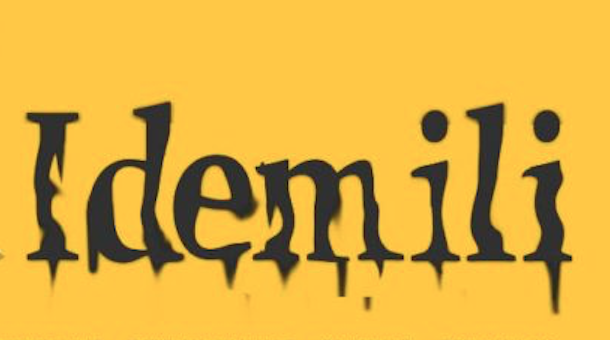 There was no way of ever forgetting that day. I just woke up on the first day of my first summer holiday at Nnobi without my parents. I walked onto the veranda of our house and stretched my little seven-year-old body. With hands in the air and body twisted like an athlete about to throw a javelin, I let out a loud and wide yawn that neighbours heard in their farms and palm wine tappers on top of palm trees.

Amidst the yawn, I saw my grandmother walking across our compound from her kitchen area towards the iron gate at the entrance. Held high in her right hand was a giant python twice my height. She had the giant python by the tail and its body wringing around and its head dangling in the air. My face froze with the unfinished yawn firmly plastered on it.

My grandmother opened the small gate, walked up, and threw the python out into the cocoyam farm beside the road. She turned around and walked back into the compound as if nothing had happened. It was more dramatic than anything I had seen in an Indian movie then. That was my introduction to the lives and mysteries of eke Idemili, the python of Idemili.

In a matter-of-fact lecture my grandmother delivered, l quickly learned that these pythons are massagers of the Gods of Idemili, and nobody must cause them any harm. Whether intentionally or by accident, any person who killed one would give it a befitting funeral or otherwise face the wrath of the Gods. Just like the kind of funeral humans get, the python would be wrapped in a white cloth, placed in a small coffin with chicken, goat, kola, and other items used for the interment. The funeral would also require the culprit to grief.

According to the stories, one of the commonest consequences of not giving the python a stately burial rite is for the culprit to experience swelling of the stomach. In ancient times, such a fellow would end up thrown inside the sacred grove (‘evil forest’).

During that first holiday, I learned how to differentiate on the roadside, which marks a python made from an ordinary snake’s mark. I learned the likely parts of the roof to find a python in the morning. Something about my grandmother’s kitchen made it their favourite place to relax and pass the night. They were also fun of areas around the chicken coop. From my mates in our neighbourhood, I heard numerous stories about the python that fascinated me.

One kid told me how his father tied a python around his waist and, from that day on, he stopped bedwetting. I also heard a reassuring story of how a kid from my hometown was kidnapped and taken somewhere across the River Niger, where the kidnappers planned to dismember him for ritual purposes. When the kidnappers came with their knives to kill him, they saw pythons crawling around the kid. The kidnappers called the kid an evil child and abandoned him. A farmer passing by rescued him.

During subsequent visits to Nnobi, I realised that the great shrine of Idemili is at Nnobi. I observed adults removing pythons from their homes with a bamboo stick. I paid attention to the delicate way they threw away the bamboo stick in the same direction they threw the python to ensure that the python would not come back to the house. I heard more stories of children who woke up from sleep only to find that the pillow they had underneath their heads was a python.

By the time my family relocated to Nnobi, I had a healthy knowledge of the mutually beneficial relationship between my people and the great eke Idemili. Despite the coming of Christianity, the people of Idemili have sustained the culture. On several occasions, I had to remove the python with a long stick when it came to my rabbit coop to hunt for food. That was when I had a feel of how heavy the python could be.

In high school, when I read Modern Biology and marvelled at the section that discussed the economic importance of mosquitoes, cockroaches, and other insects, I was disappointed that there was no section on the economic importance of eke Idemili. I tried to articulate them myself. The conservation movement was not mainstream then, but I could see the role eke Idemili played in conserving the rainforest.

I could marshal out its role within the ecosystem of Lower Niger. I figured out that Eke Idemili’s preservation was a major contributor to the sustenance of the way of life of our people that has gone on for a millennium. In the book Modern Biology, these omissions mattered to me but not to the trio who wrote the book: Holt, Rinehart, and Winston. Right there, I made a mental note that we should write our science books, too.

And then came the 1990s. When I returned from studying Engineering at the Federal University of Technology, Akure, Ondo State, I noticed the transformation that was happening in Nnobi. More and more migrants had established roots in Nnobi. They were coming from other parts of Nigeria. There were other Igbo people from Enugu and Ebonyi States, doing menial jobs and retail trades that Nnobi people had abandoned to seek fortunes in towns and cities worldwide. There were also people from the northern parts of Nigeria who were manning homes of successful Nnobi people who lived in cities and towns worldwide. It was an ecliptic mix of people with different cultures and traditions.

During this period, misguided Christian evangelicals launched a sustained attack on what remained of the people’s cultural heritage. Out of ignorance nursed in unfounded threat, they attributed every individual or a collective mishap in society to one of these practices, no matter how innocuous. Those doing so were oblivious of how other industrialised societies across the world have advanced without destroying their cultures.

The scientifically groomed lots also tried to equate totemism with backwardness without looking at societies like India, China, and Japan. Hinduism, Buddhism, Shinto, and other religions exist compatibly with modernism. In these societies, the mind is elevated to total purity by way of meditation.

The Irish, for instance, have elevated into a national hero a 5th-century British interloper named Maewyn Succat as Ireland’s patron saint, St. Patrick. They turned his birthday into a holiday celebrated worldwide when the man was neither a saint nor Irish. Wrapping myths and legends around him, they make the world believe that he chased away snakes out of Island and into the sea when post-glacial Ireland had no snakes to begin with. They hid from the world St. Patrick’s treachery in his quest to convert Ireland into a Christian nation.

A good example was his murder of thousands of Druids, who revered serpents for the circle of life the reptiles symbolised. Some believe that St. Patrick getting rid of the Druids in Ireland was mythological transformed into his getting rid of snakes in Ireland. To his credit, while other missionaries of his era were doing everything to eradicate native beliefs, he incorporated Irish culture into his Christian lessons, making it natural for Irish people to embrace Christianity. Despite that, there was no evidence that he used the Irish three-leafed Shamrock plant to illustrate the Trinity.

Meanwhile, in my part of Africa, those at home noticed that the great eke Idemili had stopped making frequent appearances. Rarely would one see any prints of their crawls across the road? Not even rabbit coops attracted them anymore. It did not take time before it became apparent that the new residents of Nnobi were killing the pythons and eating them.

Mere conjuring that possibility was horrifying. Native sons noted that these new residents hunt for these pythons at night, kill them, and share the meat. One early morning, one of these new residents had a bicycle accident. When neighbours gathered to help him, they saw a ribbed plastic bag beside him. Inside the bag were slices of python, still fresh.

Some young men had meetings to discuss what to do about the acts of these new residents in their midst. One of the actions considered was to go around their homes searching for signs that they were killing the pythons and then force them to leave town or perform appropriate funeral rights. Some towns in Idemili have taken such actions and chased those migrants involved in killing the consecrated pythons out of town. Others have opted to educate the migrants to live peacefully with the locals and respect the cultures and traditions. In the end, the young people of my town concluded that they would leave the fight for the deity that eke Idemili serves to take care of it.

Recent inquiry shows that despite the disappearance of forests, the onslaught of strangers, the pythons remain. So do the people who, in their collective conscience, hold the pythons in reverence. Those who confuse totemism with religious or ancestor worship are gradually reconceptualising their belief system and are finding out the glaring similarities and polarities. While the West takes credit for the conservation of endangered species globally, societies like the Idemili people get no recognition for their creative ingenuity that has preserved the sacred python. The changing fortunes of eke Idemili is a gentle reminder of what is at stake for the African society in their quest for modernisation based on a wholesale arrogant rejection and destruction of the traditions of their forefathers.

As the pendulum of life swings and the equilibrium alters, those who are frightened by our past are still taking on those who are determined to reclaim it. The colonial officer’s proposed book title of Okonkwo’s heroic life in Umuofia would have been “The Pacification of the Primitive Tribes of the Lower Niger” people and not “Things Fall Apart.”

Over sixty years after the Europeans left, the fight is still on. We must not let the colonial officers or their African agents who have swallowed their saliva and imbibed their culture write our stories for us. For us in Idemili, we make no bones about it — in eke Idemili we stand.