The trial of Chinua Achebe’s Okonkwo

What is in question is whether he needed to have that tragic end that came about due to his lethal flaws. 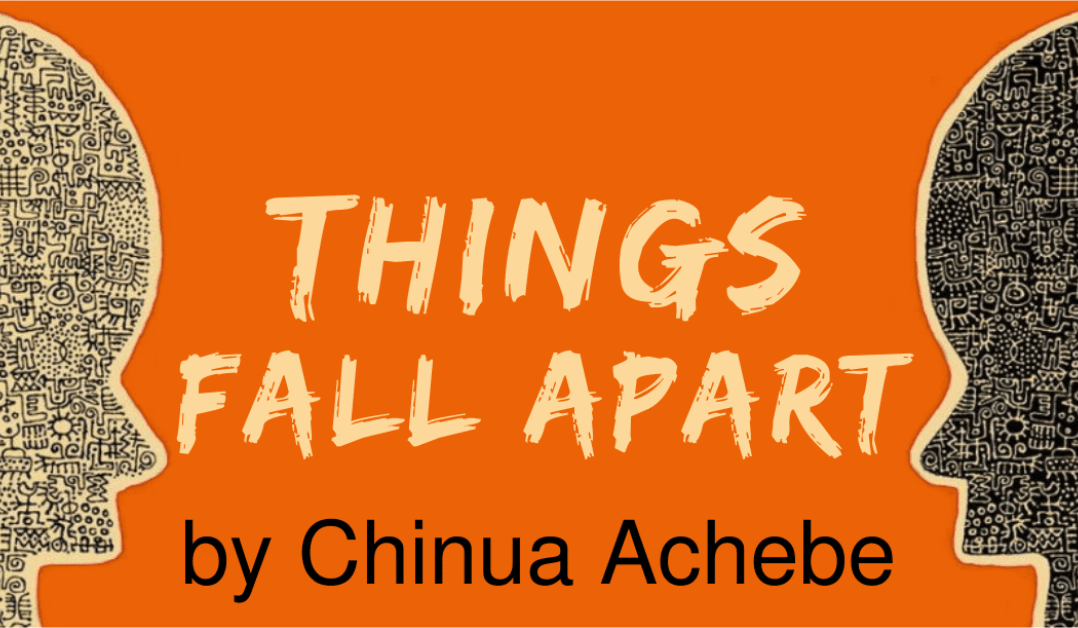 On the eve of the New Year, a motivational message went viral on social media. It featured an extract from Chapter Three of Chinua Achebe’s Things Fall Apart. The piece recalled the year Okonkwo borrowed eight hundred seeds of yam from Nwakibie and how weather changes ruined the farming season for Okonkwo.

Here is the nugget of that chapter: “Okonkwo remembered that tragic year with a cold shiver throughout the rest of his life. It always surprised him when he thought about it later that he did not sink under the load of despair. He knew he was a fierce fighter, but that year had been enough to break the heart of a lion.

‘Since I survived that year,’ he always said, “I shall survive anything.’”

Like all motivational messages, the writer connected it to 2021 and implied that we should look back at the outgoing year like Okonkwo looked back at his bad year. Like Okonkwo, we shall say, ‘since we survived 2021, we shall survive anything.’

The story and its conclusion resonated with a lot of our people. They chorused a big Amen and forwarded it as many times as possible.

Just like Chief Zebrudaya Okoroigwe Nwaogbo alias 4.30 used to say, “Fa fa fa fa, foul.” Okonkwo did not survive that year of the great weather change that destroyed his crops. And he did not survive anything else that life threw at him.

I know Okonkwo. Okonkwo could as well have been my great great grandfather.

Looking at the external Okonkwo, someone could say that he survived that year and the change in weather. But inside Okonkwo, the year’s events only intensified his greatest fear – his fear of being a failure, presumably like his father, Unoka.

Even those who looked only at the external couldn’t say that Okonkwo survived the other change that soon followed, the coming of the white man. In a way, Achebe juxtaposed the two.

The big change in weather and its impact on farming did not physically kill Okonkwo. What killed Okonkwo, the man who defeated the unbeaten Amalinze the Cat, were smaller internal conflicts, like his exaggerated ego, which fed his fear of being like his father.

So when Okonkwo said, “Since I survived that year, I shall survive anything”, he was displaying nothing but dramatic irony.

Achebe mirrored the story of Abraham and Isaac in the tale of Okonkwo and Ikemefuna. According to the Old Testament, Abraham listened to God and set out to kill his only son, Isaac, as instructed. And along the way, God provided the lamb to be used for sacrifice. On the other hand, Okonkwo defied the gods and killed the boy that called him father.

This was the boy he had been instructed not to have a hand in his death. But due to Okonkwo’s lack of obedience to the gods, his fear of being seen as a failure, he figuratively put his legs in the same trouser as the gods. And that was where his problems started. The coming of the white man and his reaction to it was just the final chapter. Okonkwo was a doomed character because of his ego, lack of humility, and regard for the gods and their pronouncements. Okonkwo was the legendary Eze Onyeagwanam. They never end well.

Some have argued that Okonkwo was a martyr, that he died in the cause of post-colonial Africa. Suppose we defined martyrs as dumb people sent to die by those who love life, that could not be true for Okonkwo. Nobody sent Okonkwo to go and die. If Umuofia people had decided to fight the white man, they would have gone to war like Mbaino, and other villages did.

And they would have utilised the lessons from the villages that waged war against the white men before them. But when one man, who had no faith in his people and no trust in their gods, took it upon himself to go and kill a white man without consultation and then kill himself when nobody followed him, he was not a martyr.

It is the same way with people who initiated no consultation with their people, had no guns, no training, no strategy, and yet went out to take on the Nigerian military in an armed struggle. They are not martyrs. They might have made the back of Amalinze the Cat to touch the ground, but they are not martyrs.

Okonkwo killed himself and was buried like a dog by foreigners because he was too arrogant to find a peaceful way to work with his folks to deal with the white people who came into Umuofia.

The legacy left behind by Okonkwo is so bad that the evil forest where Okonkwo’s body was dumped for vultures to feast on had been transformed into a church.

Okonkwo is a tragic hero.

In literature classes across the world, millions of students who read “Things Fall Apart” each year have to battle the question of the kind of hero Okonkwo is.

Okonkwo’s heroism is not in question. It is settled right on page one of “Things Fall Apart” when Achebe opens the book with these famous lines: “Okonkwo was well known throughout the nine villages of Umuofia and beyond. His fame rested on solid personal achievement.”

What is in question is whether he needed to have that tragic end that came about due to his lethal flaws. He didn’t have to die that way to achieve heroism. And his death didn’t accomplish anything.

Compare Okonkwo’s story to the story of Jesus, who the Bible says died to save humanity, you will see the point. Okonkwo did not die to save Umuofia. He died to preserve his ego. He died because he could not stand the inevitable change that got to Umuofia and had no patience to utilise the ancient way his people dealt with such challenges. For Okonkwo, it was his way or the highway.

No movement emerged as a result of Okonkwo’s death. If you study it, you will conclude that his suicide, like the suicide of Ernest Hemingway, only led to more suicides by his descendants. And it has not stopped. To some extent, the Biafran War of 1967- 1970 was one of such suicidal adventures. Like Okonkwo’s suicide, it appeared believable and inevitable simultaneously.

Our forefathers, ever so thoughtful, said that it is from the home of the coward that we point at the ruins of the brave man’s home and tell his story.

Thomas Carlyle said, “the history of the world is but the biography of great men.” It follows that Okonkwo was a great man. That is why he was the subject of the book, not Obierika. Still, he had a better choice, but he was too arrogant to listen to his friend or show reverence to the gods of his people.

Still, at the tail end of his life, after he had killed the white man, he would have had a greater impact if he had stayed around to be arrested and tried. If Okonkwo were sentenced to death, he would have been the Jesus of his people. But he chickened out. He chose a path of least resistance.

Okonkwo is that character that Bob Marley warned us all not to be like. Those characters feel too strong to say they are weak. Okonkwo was a butterfly that thought itself a bird.

When Okonkwo decided to beat his wife on the week of peace, he was not displaying greatness. Instead, he was at his weakest ebb, haunted by his fear of failure. And he ended up a failure, more appalling than his father. Okonkwo had nobody else to blame but himself. Because of his action, the District Commissioner went home and wrote his own story of what happened in Umuofia. And the white man called his story “The Pacification Of The Primitive Tribes Of The Lower Niger.”

Happy New Year to you. But please, don’t be like Okonkwo.

Rudolf Ogoo Okonkwo teaches Post-Colonial African History at the School of Visual Arts in New York City. He is also the host of Dr. Damages Show. His books include “This American Life Sef”, “Children of a Retired God” among others.