The ban is the latest addition to the clampdown on press freedom in Russia, where coverage of the ongoing war in Ukraine has been barred. 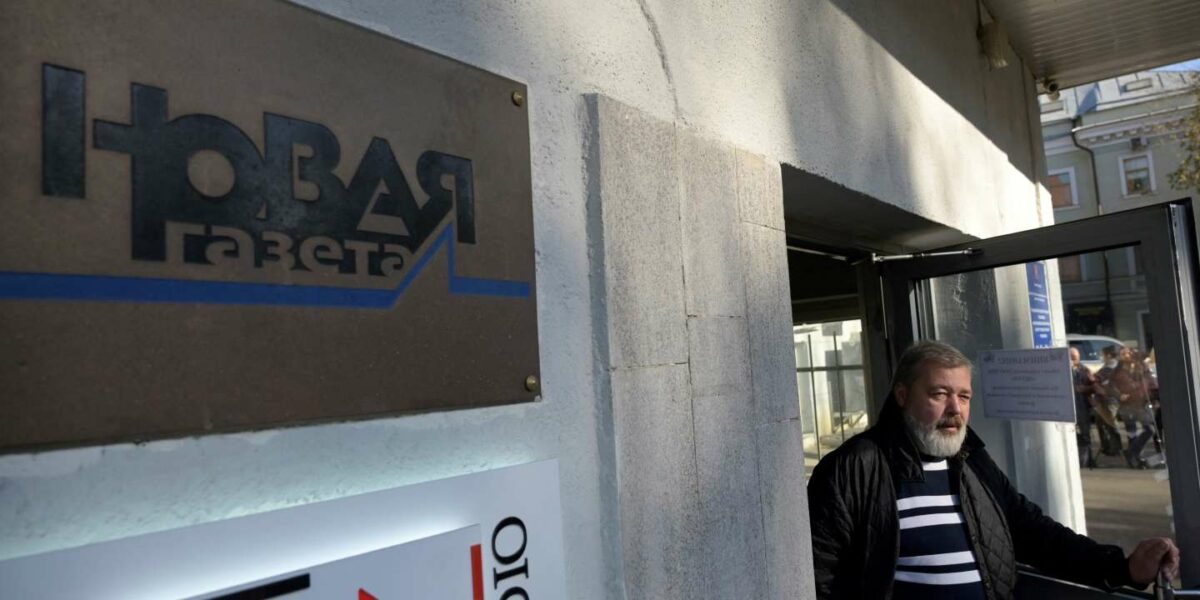 The Supreme Court in Russia has proscribed Novaya Gazeta, an online newspaper known for independent reportage.

The ban is the latest addition to the clampdown on press freedom in Russia, where coverage of the ongoing war in Ukraine has been barred.

Earlier this month, a district court in Moscow also revoked the licence of Novaya Gazeta’s newspaper and its sister magazine, barring them from disseminating information that may bring the Vladimir Putin-led government to disrepute.

Defending the ban, the Russian Rozkomnadzor asserted the ban was prompted by The Gazeta’s repeated violation of restrictions imposed on “foreign agents,” a term used to describe other news outlets whose reportage the Kremlin considers candid.

The Novaya Gazeta’s editor-in-chief Dmitry Muratov, a 2021 Nobel Peace laureate for his efforts “to safeguard freedom of expression,” described the ban as a “murder.”

“Do you realize that your demand would destroy Novaya Gazeta, a newspaper with a 30-year history?” he said in an address to Roskomnadzor. “Apparently, you do.”

“What you are doing is murder. You are depriving hundreds of people of jobs, of readers – there were 27 million in March – of the right to information,” an angry Mr Muratov said after the Supreme Court’s ruling.

The newspaper, birthed in 1993 with funds from the Nobel Peace Prize of the late Russian leader Mikhail Gorbachev, was one of Russia’s most reliable sources of information.

Mr Muratov said he would appeal the ban to restore the newspaper’s operating licence and access to its website.