Sadism as a Governing Philosophy in Buhari’s Nigeria

The regime’s single-minded obsession and raison d’être, it would seem, is to make life a little more miserable than it already is for everyday folks every day. 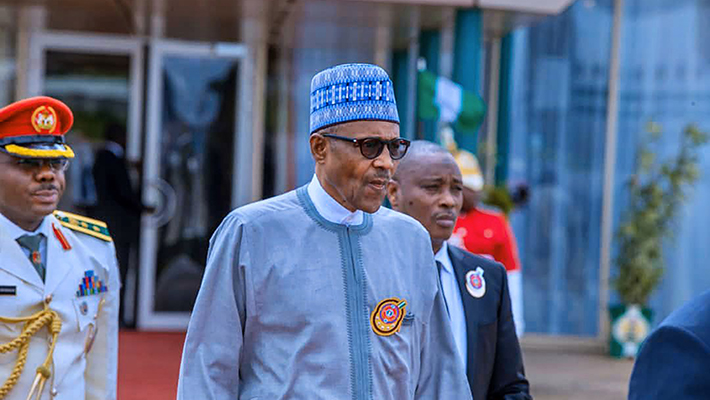 Responsible and morally sensitive governments all over the world toil day and night to invent novel ways to make life a little better for their citizens and to assuage the inevitable existential injuries that life episodically inflicts on people.  But not the Buhari regime.

The regime’s single-minded obsession and raison d’être, it would seem, is to make life a little more miserable than it already is for everyday folks every day. One of its core governing philosophies is sadism, which is the perverse pleasure derived from the suffering of others.

(Someone who knows Buhari at a close range told me sometime ago that Buhari is himself a sadistic narcissist who derives pain from the success of people close to him but who’re not his relatives. He said Buhari resents people who wear expensive clothes and drive nice cars (like he does) and that people who want to be in his good graces have to learn to pretend to be poor even if they’re rich because he derives joy from thinking people aren’t doing well.  So there’s a convergence between his personal disposition and his regime’s governing philosophy).

His regime’s entire policy thrust almost from inception has been centered around tactics and strategies for tormenting Nigerians. In 2016, the regime precipitously hiked petrol prices and instigated a devastating recessionary spiral that catapulted Nigeria to the position of the world’s poverty capital. It again increased petrol prices this year at a time of global slump in the prices of petrol.

Petrol is Nigeria’s lifeblood and the engine of its economy in ways it is not anywhere else in the world. When the price of petrol goes up in Nigeria, everything else goes up—except, of course, the already measly salaries of common people. It incites a rise in the cost of transportation, which leads to increases in food prices, in rent, and in the cost of other necessities of life.

There is no other part of the world I know of where fluctuations in the price of petrol automatically activates across-the-board inflationary conflagration. So the regime knows that jacking up petrol prices under all kinds of idiotic guises is a surefire way to achieve its governing philosophy of mass pauperization of Nigerians.

The Buhari regime is also one of only a few governments I know of in the world that charges its citizens “stamp duties” for every bank deposit they make—in addition to the exploitative charges that banks impose on their customers. (A relative of mine who lives in Ireland said the Irish government also charges a negligible “stamp duty” on bank deposits and ATM transactions, but the standard of living in Ireland is lightyears above Nigeria’s, not to mention that Ireland has one of the world’s best social welfare systems).

In other words, Nigeria is one of only a few countries where people lose money by keeping it in the bank.

Not done with stealing from the poor in the name of “stamp duty” on bank deposits, the regime, in July this year, “directed landlords and property agents to charge six per cent stamp duty on all tenancy and lease agreements to shore up its revenue sources,” according to the Guardian of July 29.

The regime’s goal in introducing a 6% stamp duty on tenancy and lease agreements appeared to be to expand the misery of already traumatized Nigerians by causing a rise in rent. In the aftermath of enormous nationwide indignation, it backed down, but it achieved its aim nonetheless by hiking petrol prices a few weeks later, which has led to rent increases.

In 2016, former Minister of Communication Adebayo Shittu sponsored a bill in the National Assembly for a 10-percent tax increase on phone calls, text messages, and Internet data plans. After popular outcries, the bill was “suspended until the conclusion of study to determine retail prices for broadband and data services in Nigeria.”

That same year, in November, Central Bank of Nigeria governor Godwin Emefiele proposed that all phone calls that lasted longer than 3 minutes should be taxed, saying, “government could earn about N100 billion per annum from this alone.”

Electricity tariffs have gone up more times in the past fives than at any time before, and each increase brings forth more darkness and despair. I don’t know anywhere else in the world where the government forces people to pay more for less and to subsidize ineptitude. But that’s what a governmental philosophy of sadism entails.

It also entails a thoughtless closure of the borders, a ban on food importation even when there’s a severe food shortage because people have abandoned farming all over Nigeria as a consequence of the escalating homicidal fury of Fulani herders on sedentary communities, which the government studiously avoids talking about much less finding a solution to.

After taxing everything that moves, stretching the elastic limits of price regimes, and imposing “stamp duties” on everything that catches their sterile fancies, regime honchos were running out of ideas on how to make Nigeria an even more treacherous snake pit than they’ve already made it.

Then one of them must have had an epiphany and thought: Oh, we can make Nigerian bank account holders re-register their bank accounts even though they already went through hell to get Bank Verification Numbers a few years ago. They decided to call that “re-certification.”

It’s obviously pointless duplication, but that’s not the point. The point is to inflict pain and misery on Nigerians, which is the Buhari regime’s reason for being. It is what gives it its highs and delectations. I hear the policy has been withdrawn now after a massive social media uproar.

But there’s more on the way. Regime strategists and tacticians are perpetually brainstorming on the next sadistic agony to visit on Nigerians. When they are out of ideas, they might choose to tax the air Nigerians breathe, the land Nigerians walk on, and even the saliva they gulp.

The increased taxes, stamp duties, and tariffs Nigerians have been paying in the last five years aren’t used to build or renew non-existent or crumbling infrastructure; they are used to subsidize the life of epicurean lavishness of Nigeria’s political elites. They are used to fund yearly brand-new cars, medical tourism, sitting and “hazard allowances,” and so on for politicians and their hangers-on.

Of course, the increased financial burden on poor Nigerians also helps to keep them in check and renders them more docile and controllable. The poorer people are the less strength they tend to have to resist oppression and the more likely they are to be esurient for crumps from their oppressors. So the regime’s governing philosophy of sadism is rooted in the desire to keep the vast majority of the people dirt poor, miserable, ignorant, and therefore more manipulatable.

At the rate things are going in Nigeria, as I pointed out in a recent social media update, the next logical step for APC would be to change its party symbol from a broom to a cutlass and to change its name from “All Progressives Congress” to “All People’s Cutlass” (APC) since it has become a proud, equal-opportunity weapon for cutting down people’s joy, hopes, and peace.