The church building collapsed on Tuesday. 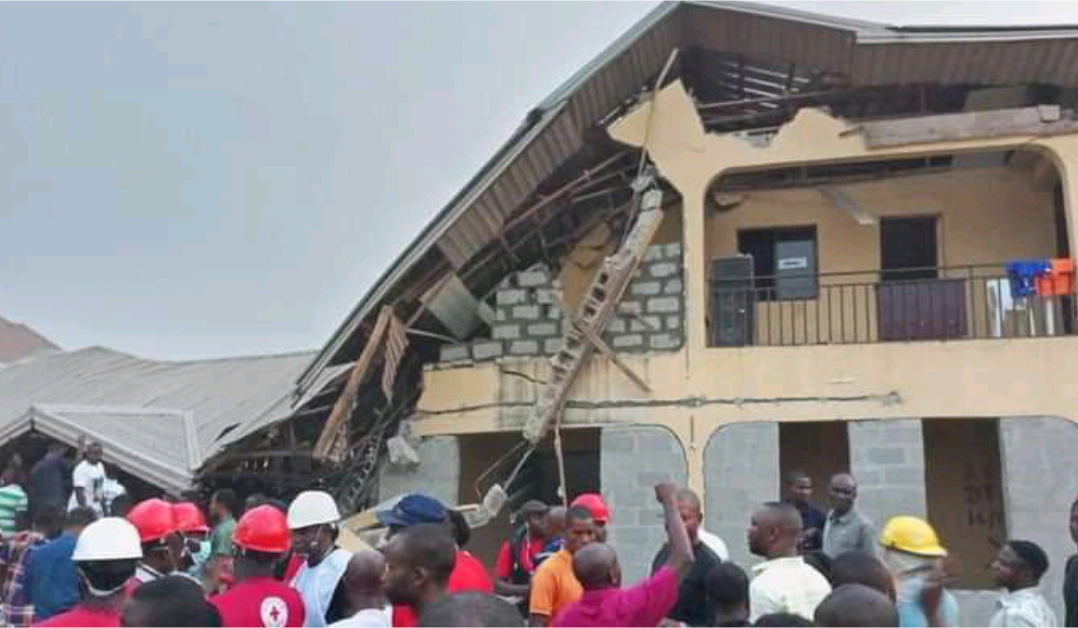 Governor Ifeanyi Okowa of Delta has set up a panel of inquiry to ascertain the cause of the collapse of the Salvation Ministries building in Okpanam, near Asaba, the state capital.

Mr Okowa, in a statement by the Secretary to the State Government, Patrick Ukah, expressed shock and sadness over the incident, which occurred on Tuesday.

The State Government also suspended the processing and approval of building plans for Core Area ll, until the conclusion of the panel’s assignment.

The panel has Helen Anazia, as Chairperson, with Messrs S. A. Aghagba and Rex Orhe, the Director and Deputy Director, Ministry of Works, respectively, as members.

An Assistant Director, Office of the SSG, Igho Eduvie, is to serve as Secretary to the panel, which has two weeks to conclude its assignment.

Its terms of reference included inquiring and reporting on events surrounding the incident, the number, and the identity of the casualties.

The panel is also expected to, among other things, ascertain the immediate and remote causes of the incident, the scope and adequacy of extant legislation, regulations, policies, and processes concerning the safety of buildings for public use.

Furthermore, it should determine whether the legislation, regulations, policies and processes comply with the case of the affected building.

The panel is to identify any person or institution allegedly culpable in that regard.

It is expected to make recommendations for “measures necessary or desirable to prevent or minimise the collapse of buildings” in the state.

The church building which was said to be in use for the first time was reported to have collapsed at about 5:55 p.m. on Tuesday.

In a video seen by Peoples Gazette, worshippers and sympathisers were seen crying at the scene of the collapse as efforts were on to rescue some victims who were trapped.