Detectives believe the suspects were from a self-proclaimed revolutionary group, which called itself “Returning Valiant.” 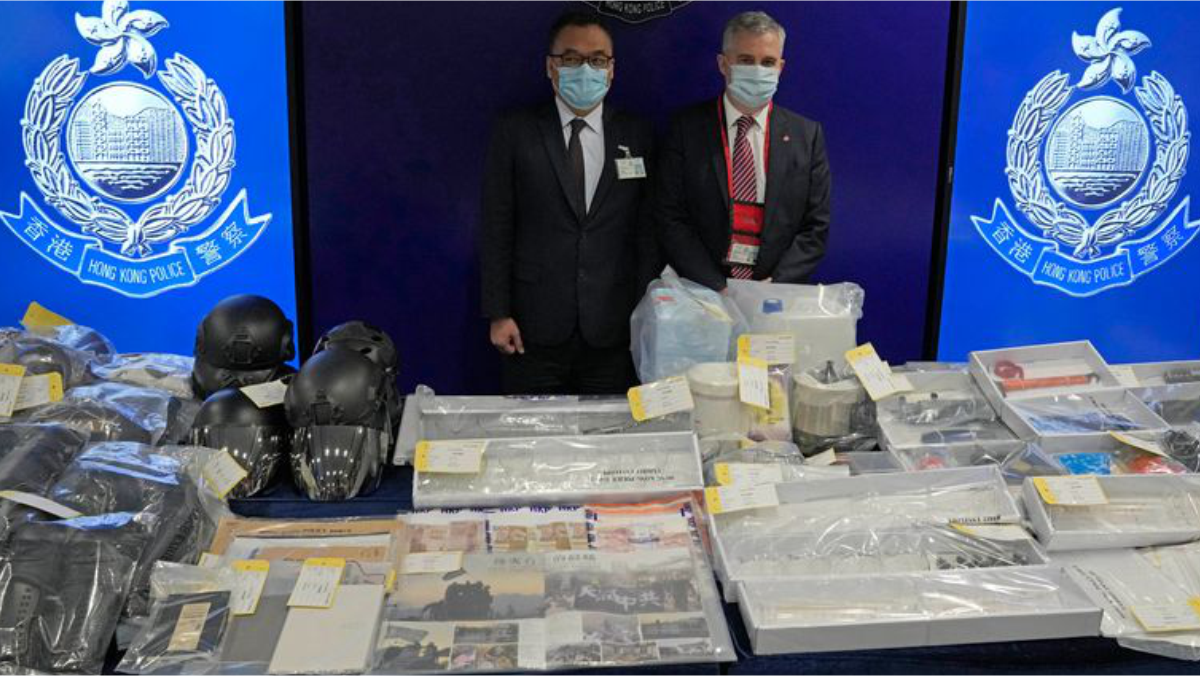 Nine people, including six students, have been arrested in Hong Kong for alleged terrorist activities.

The Hong Kong police force said on Tuesday that those arrested included five males and four females, aged between 15 and 39.

The police said the suspects were arrested on suspicion of “conspiracy to plan terrorist activities with the intent to cause serious social harm.”

During a video conference, the force alleged that the suspects plotted to use explosives to target Hong Kong courts, the Cross-Harbour Tunnel and railway stations.

The force added that a suspected explosives laboratory was found in a hotel room in one of Hong Kong’s most popular shopping districts.

Detectives believe the suspects were from a self-proclaimed revolutionary group, which called itself “Returning Valiant.”