Secondus gets PDP governors support to remain as national chairman

At a closed-door meeting of PDP stakeholders in Abuja, members of the party resolved to work together as a united family. 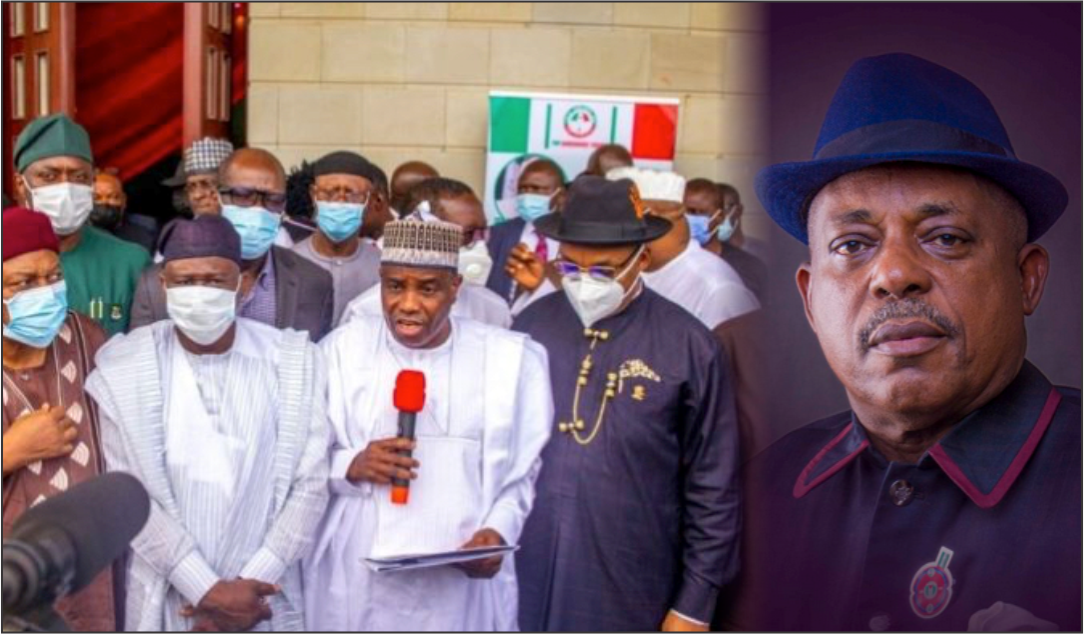 Mr Tambuwal, who spoke after a closed-door meeting of the party’s stakeholders in Abuja, disclosed that members of the party resolved to continue working together as a united family.

“We are very happy to announce that we have discussed all matters and we have resolved to continue to work as a united family,” The Cable quoted Mr Tambuwal to have said.

He also announced that the party’s national convention initially fixed for December will now be held in October, two months before the initial date fixed by the party’s National Working Committee.

It is not immediately clear why the party decided to bring forward the date for its convention.

Emmanuel Enoidem, the national legal adviser of the party, on Monday, said powers to remove the party’s NWC or any National officer reside only in the party’s national convention.

He noted that by Section 29 (3) of the PDP constitution, it is the national chairman, or a summon backed by two-thirds of members of the NWC, that can validly convene a meeting of the NWC.

Last week, the party was in disarray following the resignation of seven of its national executives over allegations of corruption against Mr Secondus.

The aggrieved members hinged their resignation on the inept leadership of Mr Secondus, demanding that he immediately relinquish his position.

Two party officials confirmed to The Gazette on Tuesday that National Secretary Umar Tsauri had already packed his belongings out of his office at Wadata Plaza, the party’s national headquarters, and was ready to resign in protest against Mr Secondus’ leadership.