Senator Adetunmbi said the naira is projected to end at N1,000 by end of the year based on the current rate of depreciation. 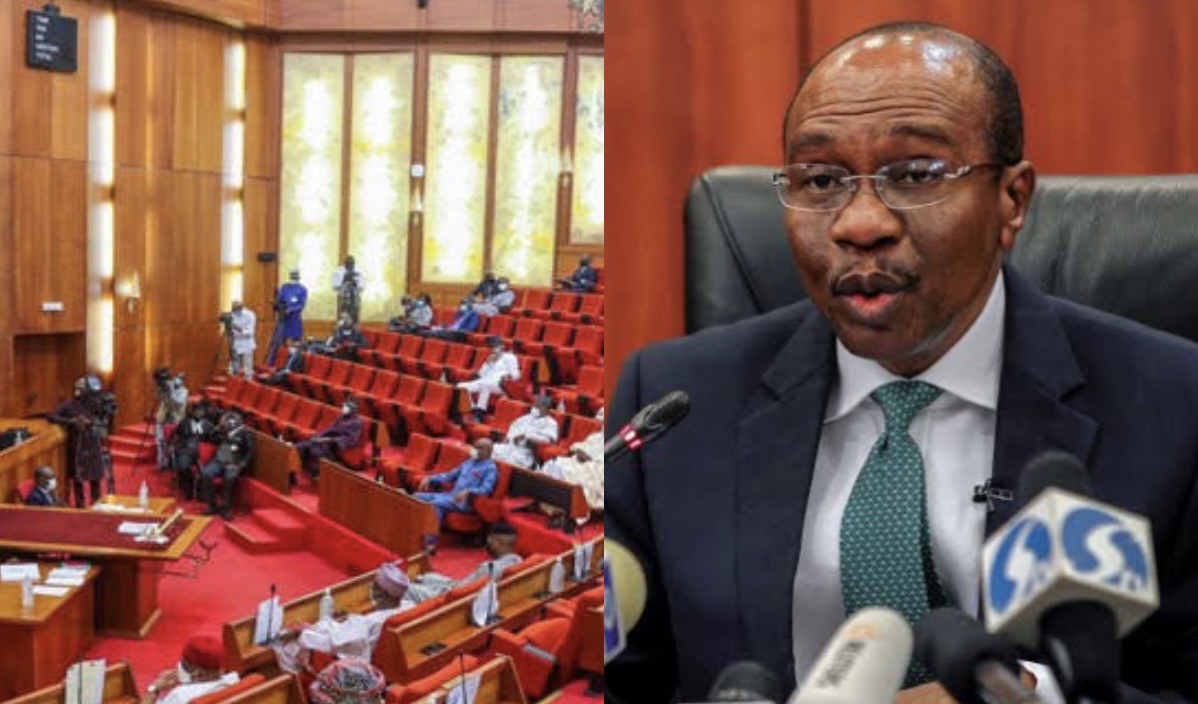 The Senate has invited Central Bank governor Godwin Emefiele to a closed session to brief the parliament on the reasons for the rapid depreciation of the naira.

The resolution reached at plenary on Wednesday also mandated the Senate Committee on Banking, Insurance and Other Financial Institutions to assess the impact of CBN intervention funds meant to support critical sectors of the economy.

This followed the adoption of a motion sponsored by Senator Olubunmi Adetunmbi (APC – Ekiti).

The motion was entitled, “State of CBN Intervention Funds and Free Fall Of Naira.”

Rising under Order 41 and 51 of the Senate Standing Order, as amended, Mr Adetunmbi decried  Nigeria’s economic reality amid an urgent call for “extraordinary measures”.

He said  that the CBN through its numerous multi-sectoral intervention funds, provided special funds to support critical sectors of the economy.

He explained that in view of such interventions, it had become necessary to assess the state of implementation and effectiveness of the funds deployed for the purpose.

Mr Adetubi recalled that the CBN in 2021, placed an indefinite halt on forex bidding by Bureau de Change operators (BDCS) and importers over allegations of abuse and mismanagement.

He observed that the halt by the CBN resulted in a spike of the exchange rate.

According to Mr Adetunmbi, the two instruments of Personal Travel Allowance (PTA) and Business Travel Allowance (BTA) could only serve less than 20 per cent  of the total forex demand by travelers and businesses.

He expressed worry that the import and export window meant to serve the forex needs of business giants, “has become a rare opportunity that only a privileged few can access.”

“These and a number of others have contributed to the excessive scarcity of forex in Nigeria today”, he added.

He noted that as of the 26th of July, the exchange rate in the autonomous segment (BDCS) of the foreign exchange market is N670 to one U.S. dollar and projected to end at N1000 by end of the year based on the current rate of depreciation.

He advised the Central Bank to take new measures to curb forex scarcity and address the sliding rate of Naira exchange.

According to him, the attempt by the CBN to control the value of the naira with the continuous exclusion of BDCs would only lead to its further depreciation.

He, therefore, advised the apex bank to rather ensure the regulation and monitoring of the parallel market.

“What CBN used to do was to give out 10,000 dollars to each of these BDCs with a clear directive for it not to be sold above N470 as against the 419 dollars exchange rate.

“But today, nobody is determining where the rate is going and I can assure you we can’t have that solution because we are only importing”, he said.

On his part, Senator Ahmad Babba-Kaita, said one way to improve the value of the naira was to encourage foreign investments to attract inflow of other currencies into Nigeria.

“The only way we can access the dollar will be determined by other economies and not ours”, he noted.

He, however, attributed the lack of foreign investments into Nigeria on the poor security situation caused by banditry, terrorism and other criminal activities.

The Senate, in its resolutions, called on the CBN to urgently intervene to stop the rapid decline in the value of the Naira vis-à-vis the Dollar and other international currencies.

It also mandated the Senate Committee on Banking, Insurance and Other Financial Institutions to conduct an assessment of CBN intervention funds and the declining value of Naira to come up with sustainable solutions