The APC presidential candidate was speaking at a campaign rally in Delta on Saturday, 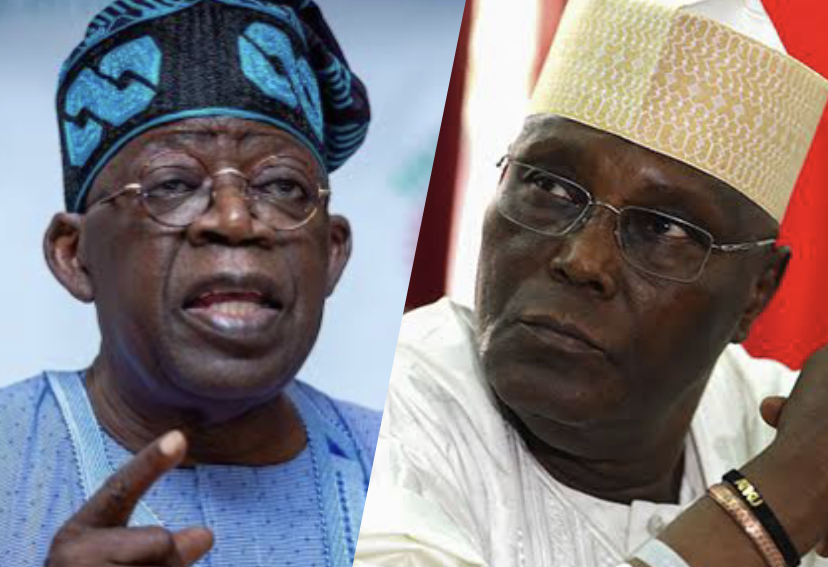 Bola Tinubu, the All Progressives Congress (APC) presidential candidate for 2023, has berated the opposition Peoples Democratic Party as lacking shame.

Speaking at a campaign rally in Delta State on Saturday, the APC presidential candidate said “These people, year after year, election after election, they lied to you, gave you excuses, borrowed money. They celebrate market stalls…”

Referring to the PDP’s presidential candidate Atiku Abubakar in pidgin English, Mr Tinubu further added that, “They (opposition) took drums and danced; said he had brought development. It was market stalls that he brought. Where is the industry? Where is the opportunity to create jobs and developments? They (PDP) don’t have shame.”

Still speaking in pidgin English, Mr Tinubu berated Mr Abubakar for fighting former President Olusegun Obasanjo, saying, “Our rivals, they don’t have shame. They were fighting themselves in public. When Atiku was there he was fighting his boss in public.

“They were telling us how they spend PTF money to buy cars for girlfriends,” he added.

Former vice president between 1999-2007, Mr Abubakar, 75, a major contender in next year’s election, had once described Mr Tinubu’s campaign as “renewed hopelessness” that exposes the failures of his party man and incumbent President Muhammadu Buhari.