The South African retailer is often a target during unrest in the country. 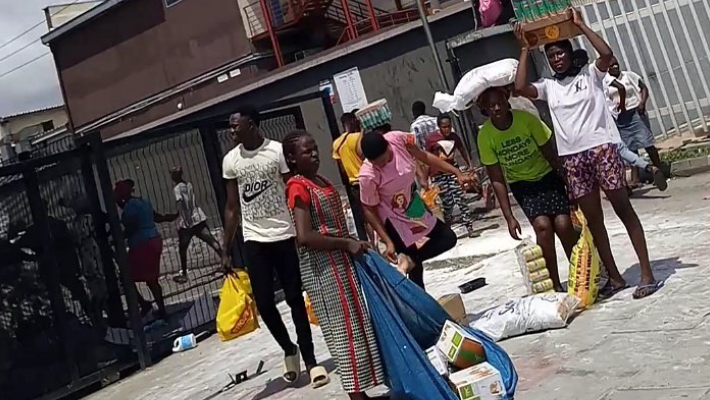 A Shoprite store in Lagos was looted today during the chaos following the shootings that occurred at the Lekki toll gate yesterday.

A mob broke into Circle Mall in Jakande and raided the Shoprite store. A witness Daniel Agu told Peoples Gazette that goods such as refrigerators and generators were stolen.

Mr. Agu said, “On my way home, I noticed there was a commotion and people were looting from Shoprite.

“I passed a looter who claimed that the country is in a state of anarchy and he deemed it fit to partake in the looting.”

“At first I was curious and wanted to take more videos but I was threatened by passers-by and some of the looters themselves.”

Some of the looters were armed and there were bonfires around the shopping centre, according to the witness.

Phone lines for Shoprite were unreachable this afternoon.

Violence rose in Lagos today because of the tension that yesterday’s shootings caused in the state.

A family home for Governor Babajide Sanwoolu was also set alight alongside a police station.

A 24-hour curfew first set in the state yesterday has been extended for three more days.