Jailbreaks have become rife around Nigeria, raising concerns on the safety of citizens who may inadvertently encounter the wanted criminals. 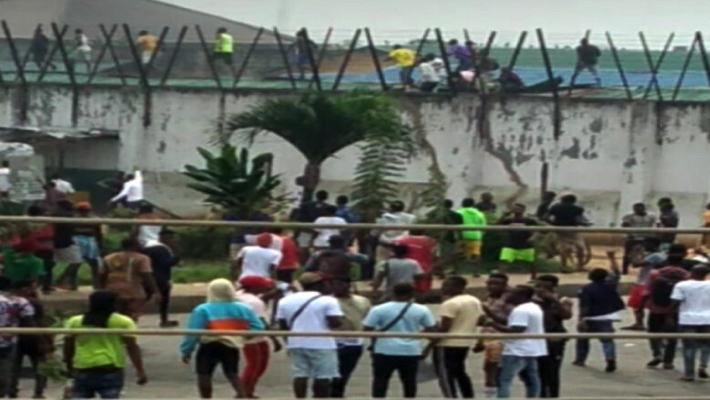 Six months after the Edo jailbreak incident, the Nigerian Correctional Centre (NCoS) says efforts are still ongoing to ensure that inmates who are still on the run are re-arrested.

“Efforts are ongoing to ensure that inmates who refused to honour the ultimatum issued by Governor Godwin Obaseki to return to the correctional centres are re-arrested,” Francis Enobore, spokesman for the Nigerian Correctional Centre (NCoS) told Peoples Gazette on Wednesday.

“We have activated all our structures to ensure that our search and recover mechanism are put in place to get them back to the state custody.”

Hoodlums had in the heat of the #EndSARS protest in October 2020, attacked correctional centres in Edo state, freeing about 1,993 inmates. This forced Governor Obaseki to impose a 24 hours curfew in the state.

Without supplying evidence of any sort, the Nigerian Correctional Service blamed protesters for the attack, saying the violence contradicted the message of #EndSARS as a nonviolent campaign.

Mr Obaseki in the aftermath of the attack issued an ultimatum for the inmates to return to the correctional centre.

However, Mr Enobore disclosed that while some of the inmates took advantage of the ultimatum and returned to the correctional centres, others were still at large.

“A window of opportunity was given to the inmates that escaped to return so that their cases will be reviewed, some of them took the advantage of that opportunity and returned. Of course you don’t expect all of them to return,” Mr Enobore said.

When asked for the statistics of inmates that honoured the ultimatum by returning to custody, Mr Enobore who could not provide the numbers said that the inmates were returning in bits.

“You have one returning today, after a couple of weeks or months you have another,” he said.

Of recent, jailbreaks have become rife around Nigeria, raising concerns on the safety of citizens who may inadvertently encounter the wanted criminals.

Very recently, the correctional facility and police investigations department in Owerri were set alight by gunmen in an overnight attack, leading to the escape of over 1,800 inmates.

However, the federal government says it is preparing to publish names and photos of fleeing Owerri prison inmates in a frantic effort to recapture them.