Matogun with its thousands of inhabitants has seen no progress from either state or federal authorities, despite its growing tax receipts buoyed by contingent proximity to Lagos. Residents of Matogun, a community in Ifo Local Government of Ogun State, have been groaning under a haze of deadly dust from access roads that have been left unpaved and untarred for several years.

The community, with its thousands of inhabitants, sits just north of Lagos across the Ogun border. Matogun and neighbouring communities like Maidan, Osere, Legun, Olambe and Koye, have been a part of Lagos metro area for more than 15 years, as development expands to open up the area and free daily commutes between Lagos and Ogun.

The neighbourhoods’ proximity to Lagos has made it easier for people to sustain a lifestyle above Ogun State average, and the revenue officials in Abeokuta said they have drawn more in tax receipts from them as a result of their budding commercial status.

Yet, basic social and economic development has failed to reach the area. Bridges across water channels have been abandoned, and road construction projects have failed to receive funding despite repeated promises by successive administrations in Ogun.

Peoples Gazette observed during a recent visit to the community that catarrh and cough are common visible ailments amongst residents of the area, with commercial motorcyclists complaining that they are more affected because they brace the dust to work for many hours every day in order to make ends meet.

“I am currently sick, I took injections recently, and this is not about COVID-19, I fall sick every time,” a rider Tunde Rasheed told the Gazette. “During the rainy and dry season, Matogun is bad. I have been in Matogun for 10years, and my poor condition made me start a commercial motorcycle business.”

Another motorcyclist who preferred to be named in print as ‘Operator’ said: “I got to Matogun in 2002 and since then the roads have been the same, bad and dusty. It has affected my eyes, almost rendering me blind.

“The government should please come to our aid, Matogun Road is bad, and we need a change. It is only the grace that has been keeping us strong; it affects our internal organs and we can’t even see very well.”

Unlike the motorcyclists who move across dusty areas of the communities, roadside traders said they’re hardest-hit by deadly particles because they’re conditioned to be on the same spot for hours, every day.

Isaac Efereke, a whole food retailer living in Matogun since 2013, told the Gazette how puffs of dust have contaminated his commodities, rendering them unappealing to customers.

“Look at these white beans for instance,” he said. “The beans are always very white and neat when I bring it from the market, but once I shield, that same day, the colour changes which makes some customers complain despite knowing that the dust caused it.

“Interested buyers would get it and have to make sure they boil it really well, before cooking it. Every other food can also be boiled except garri. Sitting here every day is only grace because the dust here is a silent killer”.

In Ago-Igbala, another section of the community, a middle-aged woman who sells cow skin (ponmo) said dangerous dust affects her nose and makes her feel weak.

“I can’t even raise money to go to the hospital,” she said.

A perishable retailer next to her also said: “We are suffering here, the catarrh is too much, it enters my ears, and sometimes I start coughing unnecessarily. We have to rinse our goods every minute because of this dust.”

“If you are talking about the development of Matogun, what will you say about the federal roads in Ogun state? Go to Sango and other places, you will just forget here and won’t expect any magic to happen anytime soon,” a public school teacher in the area said of the community. “People should continue to manage.”

When this reporter checked the website of the Ogun State government, Matogun was nowhere to be found on a list of towns and communities slated for upcoming infrastructure projects.

Despite thousands of inhabitants in the community, Matogun appears to have been forgotten by both state and federal authorities.

Reached for comments, Fola Salami, chairman of Ifo Local Government Area, did not mention Matogun amongst the communities considered for infrastructural development.

“I know what is happening there. I stay close to the community, definitely, I know what they are going through, and the major problem there is the road,” he said, without elaborating on whether or not he is mounting pressure on Dapo Abiodun’s administration to do something about the crisis.

Alice Arogbonlo, an environmentalist working with African Energy Advocacy Initiative, said too much dust can make people who don’t have serious health complications start developing health issues like cancer and even asthma, which is very dangerous to their health. He also said that dust causes serious respiratory infections for residents.

“There is a need to create awareness about the state of the state, through advocacy and the use of social media to actually let the government know what is going on in the particular community, letting them know what is happening in the community and how people have been affected”, she said.

“Blisters and boils on any part of the body are also symptoms of Staphylococcus, and when the bacteria move deeper into the body, it becomes dangerous, and if not treated properly can penetrate into the joints, bones, lungs, heart and blood

“When it enters the blood, it becomes sepsis, which causes fever, high temperature and can dangerously lower the blood pressure,” she said

Speaking on how the dust has affected Matogun residents, Mrs. Adeosun recounted how they have treated so many residents for Staphylococcus and how it spreads through food and beverages.

“In December 2020, we treated a family of five for Staphylococcus. They developed symptoms like rashes all over their body, looking reddish, we had to give them antibiotics, when we discovered it was Staphylococcus. They got better within three to five days of treatment.

“Most of the residents catch Staphylococcus from food, like bread and meat, gotten from roadside sellers because when the dust penetrates into bread, it is very easy to be infected and when not properly cooked, meat can cause it too”

The medical expert added that Staphylococcus can as well cause infertility, vagina discharge, and so on.

“We have treated couples, who after months or years without pregnancy, for Staphylococcus. When we tell them to go for the Multiple chemical sensitivity (MCS) test, it turns out to be Staphylococcus, in most cases”.

The Ile-Ife Magistrates’ Court heard that Sanusi Fisayo, 37, fraudulently converted his employer’s N1,939,400 to his own use.

Housewife drags neighbour to Sharia court for raining insults on her

The complainant presented two witnesses in court, and they all testified, saying they heard the defendant calling her neighbour a cursed woman. 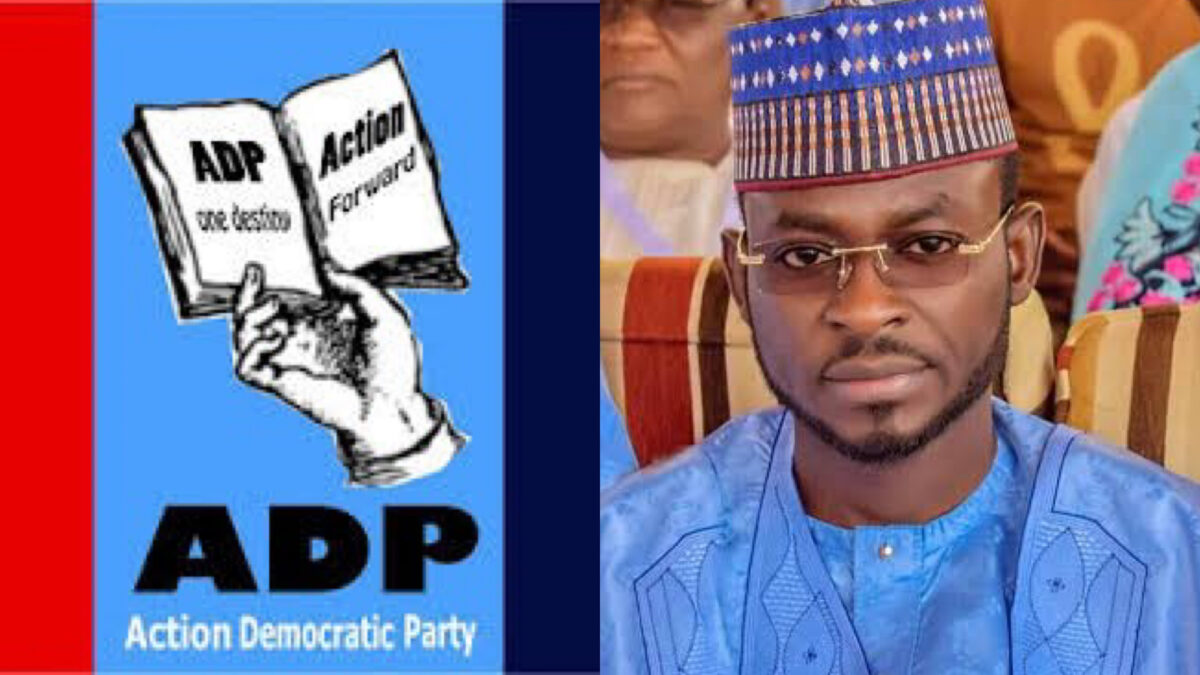 The Action Democratic Party (ADP) has adopted Sha’aban Sharada as its Kano governorship candidate for the 2023 general elections. 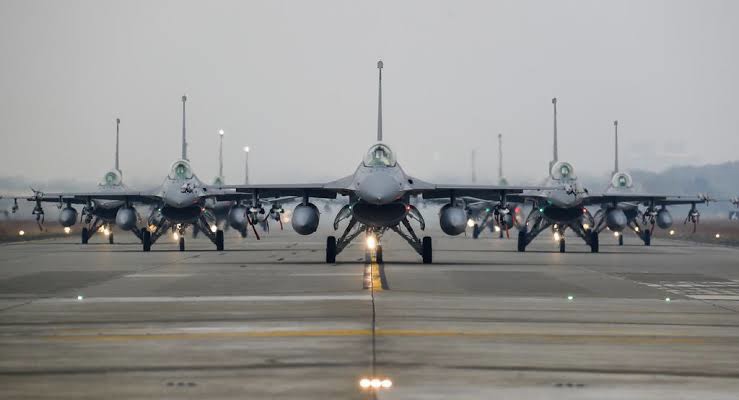 China to send troops to Russia for joint military exercises

“The aim is to deepen practical and friendly cooperation with the armies of participating countries,” said China. 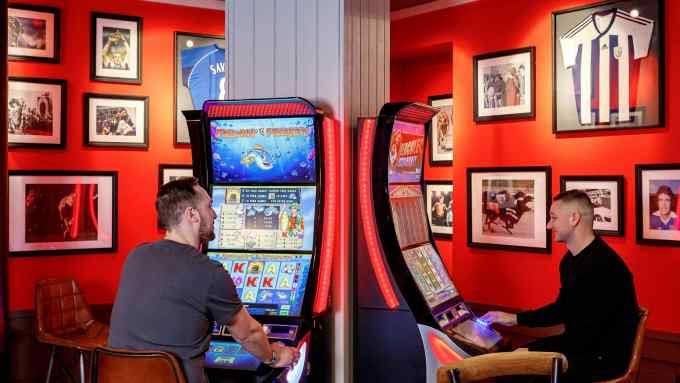 British gambling group Entain is to pay £17 million for social responsibility and anti-money laundering failures in the Gambling Commission’s largest ever enforcement action.