The accident occurred around 5:30 p.m. near Smark Shopping Mail along Badagry expressway, Lagos. 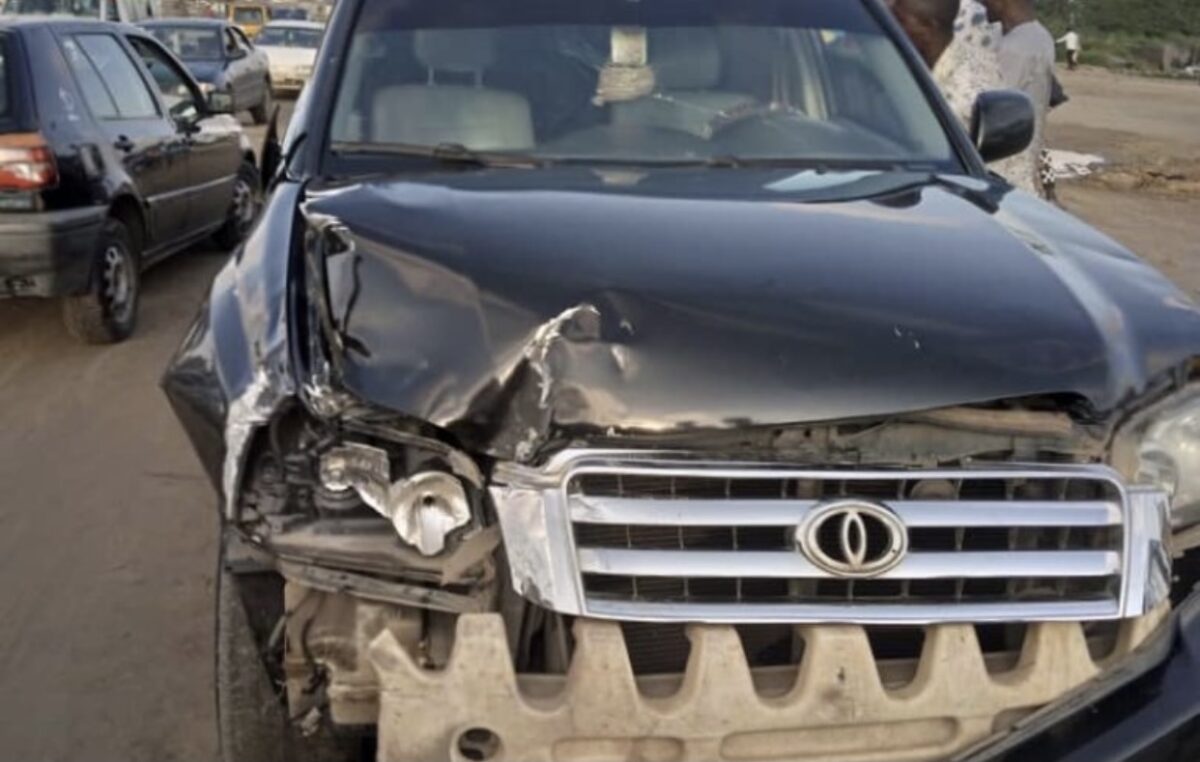 A commercial motorcyclist was on Tuesday evening crushed to death in an accident involving a Toyota Highlander SUV and his motorcycle on the Lagos-Badagry expressway.

It was gathered that the motorcyclist was trying to make a U-turn when he was crushed by the black SUV coming from Lagos to Badagry.

The accident occurred around 5:30 p.m. near Smark Shopping Mail along Badagry expressway, Lagos.

A reliable source said the accident occurred when the vehicle driver, with registration number AAA 565 GD, at high speed, rammed into the Okada rider, who was crossing to link the express road.

He said the driver of the SUV tried to escape from the scene but was later apprehended at the Low-Cost bus stop, Badagry.

“The other Okada riders, who apprehended him, attempted to mob him because he wanted to escape after crushing their colleague.

“They wanted to burn the vehicle and beat the driver, but one of my personnel, who spoke the Hausa language fluently, persuaded them, and they released him to the police.

“They said they don’t want the remains of the okada rider to be taken to General Hospital in Badagry because his burial will be delayed.

“Consequently, his body was released to the Hausa community in Ibereko, and he was buried according to Muslim rites,” he said.

Mr Taiwo appealed to motorists plying the expressway to be careful on the road.

He urged them to know that the one lane under construction was for the use of all road users.

“The commander advise motorists and okada riders against speeding on the expressway.