Watford are low 16th on the EPL log, while United drop to 7th position on the log, pending the outcome of upcoming games. 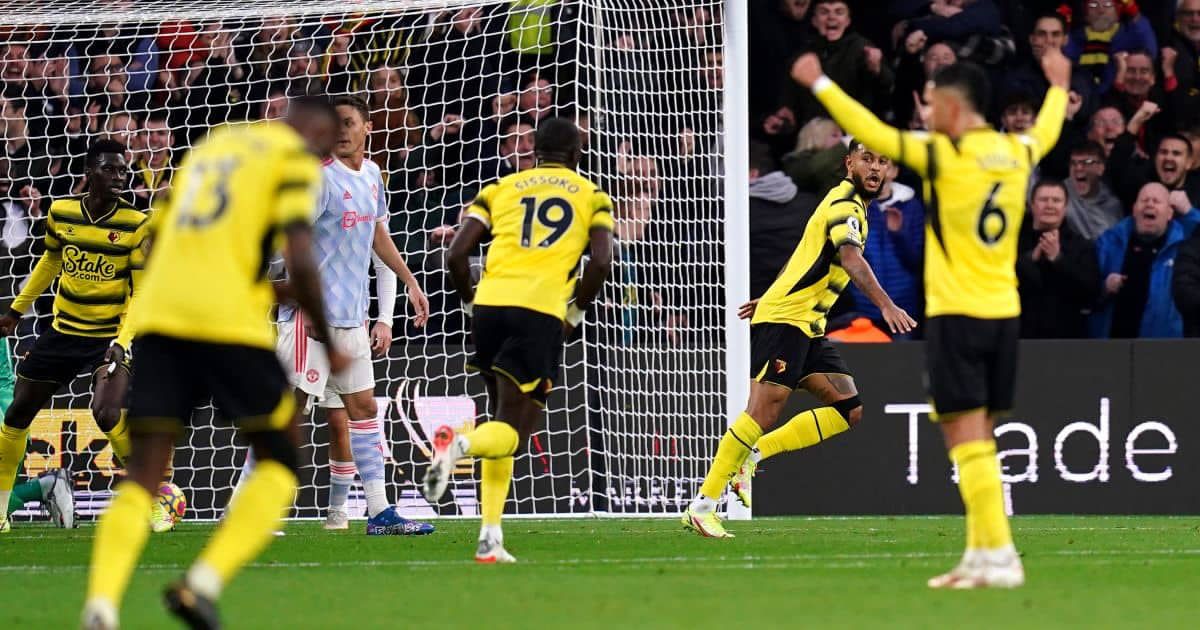 Watford on Saturday compounded the woes of Manchester United, beating the Red Devils 4-1 at Vicarage Road in the English Premier League.

United were expected to return to winning ways after the international break, having lost to Liverpool and Manchester City. But Watford made things worse for United.

Ismaili Sarr made it two Watford just few minutes to the break with a superb finish, seeing United go into break 2 gaols behind Watford.

Early into the second half, however, Donny van de Beek, who came in as a substitute, rekindled hope for United, scoring in the 50th minute.

But United were reduced to 10-men as Harry Maguire was sent of the pitch after picking a second yellow card in the 69th minute.

Joao Pedro sealed Watford’s win in 90+2 minutes, while Denis buried the Red Devils in the 90+6 minute of the game.

Watford are low 16th on the EPL log, while United drop to 7th position on the log, pending the outcome of upcoming games.