Supporters organise prayers for Tinubu ahead of APC presidential primary

Organisers of the special prayer said that the Badagry gathering was to solicit God’s help for the national leader of the APC. 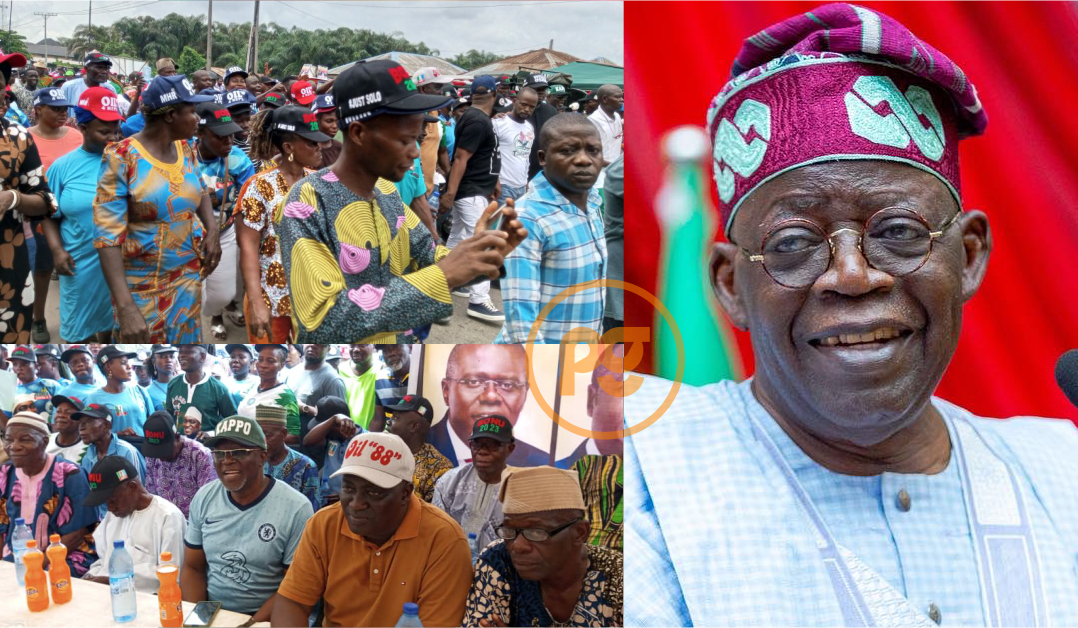 Some members of the All Progressives Congress (APC) in Badagry on Saturday organised special prayers for presidential aspirant Bola Tinubu, to be victorious in the upcoming June 6 primary.

Ibrahim Layode, lawmaker representing Badagry Constituency 1 in the Lagos House of Assembly, said that the gathering was to solicit God’s help for the national leader of the APC.

“We are here to pray and solicit support for our father, the Jagaban of the Universe, Tinubu so that he will emerge victorious on June 6 in the presidential primary in Abuja.

“We are calling on our people from the six wards that they should pray for our national leader in their different ways so that he will defeat all challenges during the presidential primary.

“His victory will enable us to come out on Tuesday for celebration,” he said.

Mr Layode said that the event was also an avenue to seek the support of the residents in the coming election in 2023.

“Some primaries have come and gone, the avenue is to reconcile some aspirants who lost in the primaries to come together and forget the past and work for the progress of the candidate of the party.

“We have candidates in the Senate, House of Representatives and House of Assembly, we are seeking the support of people to emerge victorious during the general election,” he said.

Also speaking, Sunday Kappo, a party member, said the gathering was to appreciate Badagry people for their support. “This is also avenue for prayer for our national leader who will be facing so many challenges during the primary.

“Whatever opposition that confronts him on June 6, he will be victorious, so that most of the good work he did in Lagos will be extended to the national level,” he said.

“The entire constituency 1 of Badagry has come out to congratulate Bonu over his victory in the primary conducted on May 27,” he said.

Friday Williams, one of the aspirants that contested with Mr Bonu, said that all the six aspirants had come together to support him and promised to canvas for votes for him in 2023 general election.

Mr Bonu promised not to disappoint his constituents if voted into the House of Assembly in the 2023 election.

Party faithful from different wards in Badagry were seen walking and praying for a successful primary for the national leader, Mr Tinubu.