Taliban: Ex-president asks Afghan women to “go out and be brave”

Mr Karzai said he had discussed the return of women back to work and school, among other national issues with the Taliban. 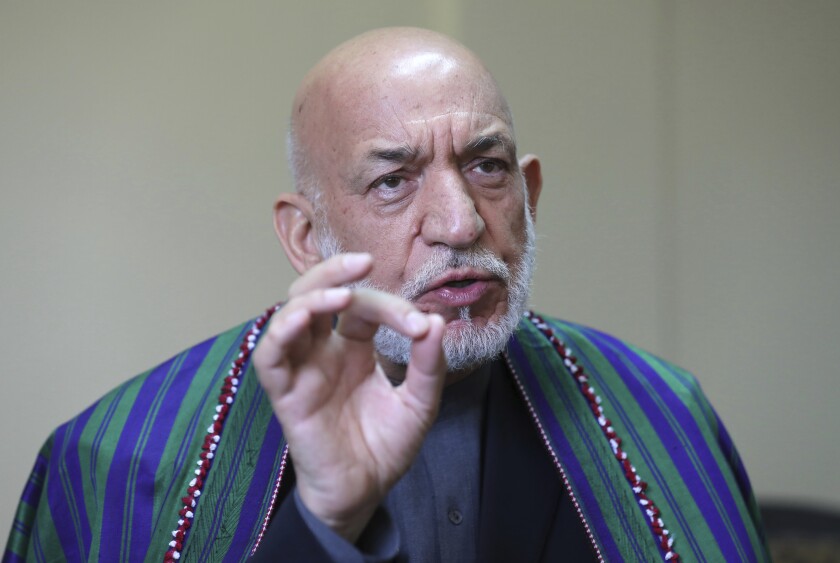 Former Afghanistan President Hamid Karzai has urged Afghan women to push back against Taliban’s debarment of their rights to education and work.

“Go out and study and be brave. There are people who know that you are brave and that you are studying and will make sure that you study and it will happen,” Mr Karzai charged when asked about young Afghan women’s rights under Taliban rule.

Mr Karzai, who gained power after the U.S. and allied forces dislodged Talibans in 2001, said he has been in talks with the otherwise extremist government since they sacked his successor Ashraf Ghani from office in August.

The Afghan first democratically elected leader told BBC World Service that he had discussed the return of women back to work and school, the national flag of the country, and the necessity of a political process with the Taliban. He said that the Taliban has assured him that it will happen.

“I have had meetings with them (the Taliban), the exchanges were very good on lots of issues. The return of women back to work and school, the national flag of the country, and the need for a political process for a government that belongs to Afghans, that all Afghans feel like theirs,” he added.

Despite longstanding differences, including alleged assassination of his father, Mr Karzai says he sees the Talibans as his brothers and that they share the same vision of nationhood.

“During my time in office, I would call the Taliban our brothers. It was exactly the same purpose in mind that I call them brothers,” said Mr Karzai who ruled from 2001 till 2014.

He fell out with his Western allies, especially the U.S., in the latter stages of his presidency.
Although the U.S. built a democratic government in Afghanistan and backed it with military assistance after invading the country in the aftermath of the September 9, 2001 al-Queda strike of the Pentagon, the Taliban’s strength and network grew over the years.

The extremist group eventually booted its way back into government barely 10 days after President Joe Biden’s administration and NATO announced a full withdrawal of U.S. and coalition forces in August, 2021.

The Taliban, despite being greatly outmanned by the America-aided Afghan military, was able to assert near-complete control of the country, swiftly after seizing their first province capital, amid the withdrawal of foreign soldiers.

President Ashraf Ghani fled to Dubai at the fall of his government.