The minister dismissed the sercurity alert from the U.S. and UK as “click bait”. 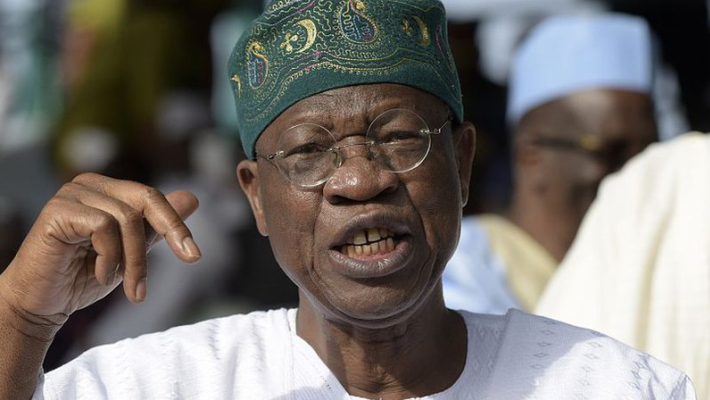 Minister of Information and Culture, Lai Mohammed, has dismissed the recent sercurity alerts from the U.S. and UK as “click bait,” saying the terror alerts forced schools to shut down and disrupted commercial activities in Abuja.

“Talking of clickbait, this may be what informed the spread of the supposed security alert issued recently by some foreign embassies in Nigeria.

“This alert found its way into the media, both new and traditional, thus creating panic in the polity. Schools were shut. Businesses were closed. Travel plans were altered. Lives were disrupted,” Mr Mohammed said.

The minister said this at the ongoing UNESCO Global Media and Information Literacy Week held in Abuja on Tuesday.

Mr Mohammed berated Nigerian media for not “finding out about the authenticity of these alerts. They just published, got the benefit of massive clickbait and damned the consequences.”

The minister’s statement comes days after the U.S. Embassy in Abuja raised the alarm of a possible terror attack in the capital. The security alert was contained in a leaked email emanating from the embassy dated October 23, and seen on social media on Sunday.

Following the recent Boko Haram raid on Kuje Prison and an attack on Presidential Guards Brigade at Bwari in which three elite officers were killed, president Muhammadu Buhari regime in July ordered immediate closure of schools in the nation’s capital.