Mr Tinubu would push for the constitutional amendment of our national governance architecture, said Mr Pedro. 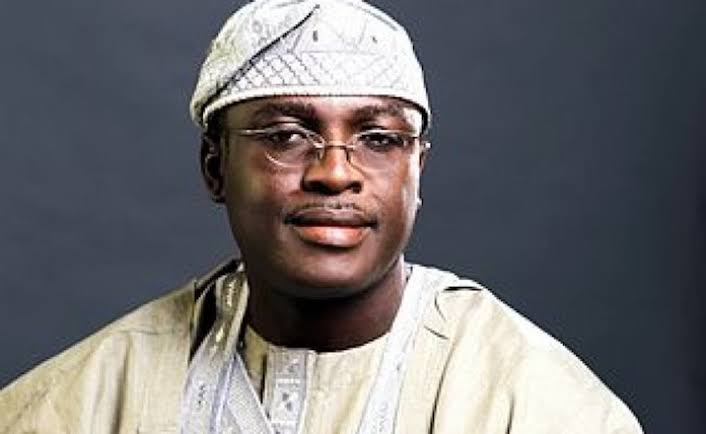 Femi Pedro, a former deputy governor of Lagos State, has assured that Asiwaju Bola Tinubu of All Progressives Congress (APC) would approve more funding for states and local government councils, if elected as president in 2023.

He said this on Thursday in Abuja at the APC Professionals’ Forum one day symposium with the theme: “Dissenting the Asiwaju Manifesto, Renewed Hope 2023, Action Plan for a Better Nigeria.

Mr Pedro, who was one of the lead panellists at the event, also said that Mr Tinubu would promote more robust governance at the state and local government levels.

He described Mr Tinubu as a leader with profound knowledge of the workings of the country’s national economy, saying that he was the architect of the modern Lagos State economic revolution.

Mr Pedro added that much of the economic blueprints in the Tinubu 2023 manifesto aptly captured his philosophy and aspiration for the transformation of the Nigerian economy.

“I know this because I worked alongside him as his deputy, and I know of his passion and firm conviction for progressive economic principles.

“While putting this manifesto together, he and Sen. Kashim Shettima, his Vice-Presidential candidate traversed every part of Nigeria to listen to the people’s concerns in order to develop these blueprints.

“Tinubu has a vision of an economic miracle that will usher in prosperity, wealth creation, and jobs for all.

“He has a vision of an economy that connects the dots and gives every hard-working Nigerian a clear pathway to prosperity,” Mr Pedro said.

He added that for a man who was an apostle of genuine fiscal federalism, Mr Tinubu would push for the constitutional amendment of our national governance architecture.

This, he added, would ensure that states had the autonomy and resources to serve the people better.

“Tinubu will support more allocation to States and Local Governments and promote more robust governance at the state and local level.

“A recent survey of the Nigerian economy listed the most important variables that hinders the growth and development of the economy and in particular, the industrial and manufacturing sector.

“These variables are high inflation rate, scarcity of foreign exchange and poor infrastructure in energy, electricity, gas and transportation among others.

He added that If we could produce more locally and reduce our level of importation of food and other non-essentials, we would curb the component of inflation that is imported.

He explained that with low inflation, investors would have confidence in our economy and would be willing to inject more investment inflows and revitalise the real sector.

He added that a Tinubu administration would use both fiscal and monetary policy tools complementarity and effectively to manage inflation, interest, and exchange rates to tolerable levels.

This, he said, would put the economy on the path of recovery.

“To boost local manufacturing and reduce our reliance on the importation of non-essentials, the Tinubu administration will use its powers of taxation effectively.

“It will use tax credits and rebates to attract major international brands to manufacture here in Nigeria and impose luxury taxes and higher tariffs to discourage the importation of non-essentials.

“In addition, the Tinubu administration will work to preserve our foreign currency reserves by limiting our exposure to significant debt obligations denominated in foreign currency.

“It will link any new foreign debt to projects that generate cash flows from which the debt will be repaid,” he said.

He said the administration would curb excessive spending to manage inflation, adding that there would be a clear and mandatory inflationary ceiling on spending.

“It will evolve a new and more efficient method of budgeting based on the projected level of government spending, which optimises growth and jobs without causing unacceptable inflation levels,” Mr Pedro said