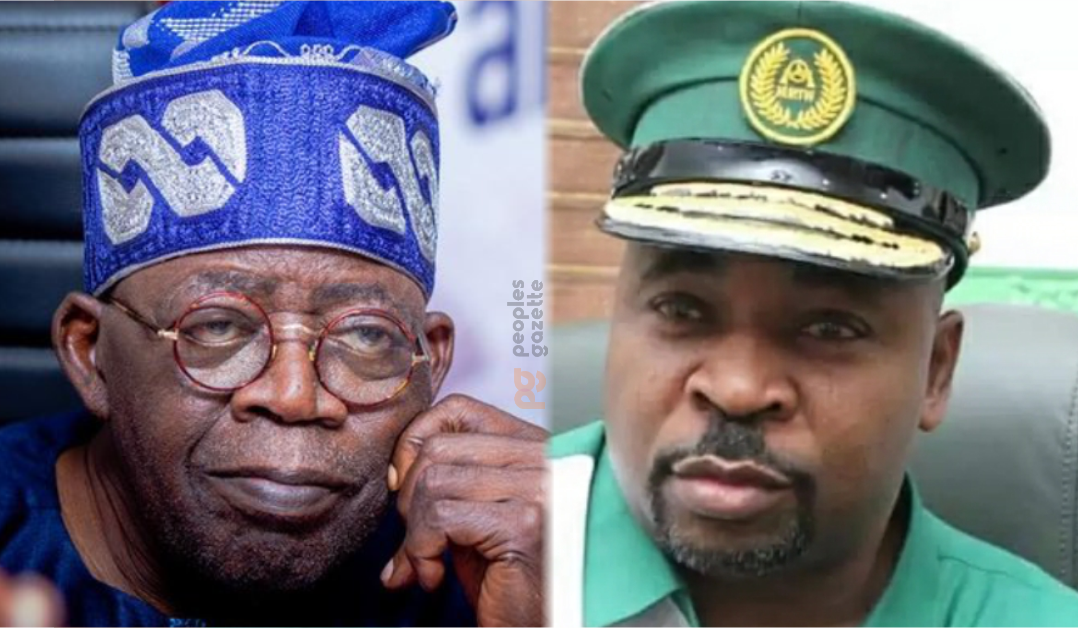 Bola Tinubu’s man Friday, Musiliu ‘MC Oluomo’ Akinsanya, has derided victims of the Lekki massacre, claiming no life was lost at the tollgate where hundreds of protesters were gunned down on October 20, 2020.

Speaking at the five-million-man solidarity walk for the All Progressives Congress (APC) presidential candidate on Sunday, MC Oluomo described the massacre as a ruse orchestrated by presidential candidates Atiku Abubakar and Peter Obi to discredit Mr Tinubu’s candidacy in the eyes of eligible voters.

The chairman of the Lagos Parks and Garages Management Agency argued that Mr Tinubu could not be held responsible for a massacre that, in his opinion, never took place.

“They said people died at EndSARS protests but where are the dead bodies? Where were they buried?” MC Oluomo queried in a mocking tone. “The people who died, don’t they have family members in Nigeria? Did the Nigerian government also bribe the mothers and siblings of the deceased from declaring them missing on social media?”

According to MC Oluomo, Mr Tinubu did not hold any military office to have authorised the killing of the unarmed protesters by the Nigerian army.

“Is Asiwaju Bola Ahmed Tinubu the Chief of Army Staff or the nation’s president to have ordered any shooting at the toll gate?” MC Oluomo asked the attendees of the Sunday march. “They are all lying. They want to relegate members of the Yoruba ethnic group. This is a political game.”

The Lagos Parks chairman claimed Mr Abubakar of the Peoples Democratic Party and Mr Obi of the Labour Party played major roles in promoting the protest, implying they might have also sponsored it.

“Atiku and Obi joined forces to do all they did then but our eyes are open now. Youths, are your eyes not open now?” MC Oluomo asked an excited crowd who responded in the affirmative.

MC Oluomo’s statement contradicted the findings of a judicial panel who established that the Nigerian Army “provocatively and unjustifiably” killed several #EndSARS protesters at the Lekki Tollgate and removed their corpses, concealing evidence of the crime.

“The Panel finds that the firing of live bullets by the Army at genuine protesters at the Lekki Toll Gate on October 20, 2020, resulted in grievous injuries and the loss of lives of the protesters,” the report said.

Mr Tinubu had refrained from condemning the massacre in 2020, presumably not to offend supporters of President Muhammadu Buhari whose support he’s relying heavily on to win the 2023 presidential election.